View from Kildare: Vigilante justice group methods set worrying precedent for us all 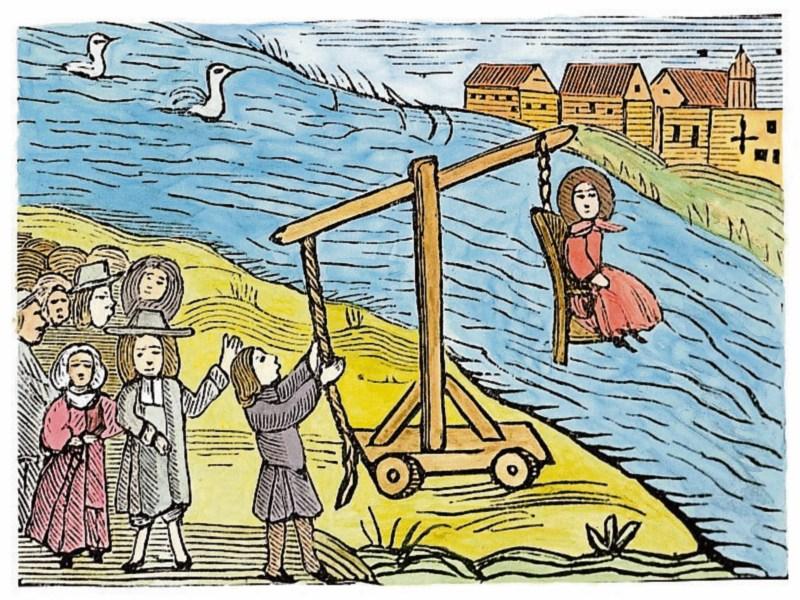 Any day now, we'll be back to drowning women for witchcraft again

It is only once you’ve seen the horrifying black and white grainy pictures of a lynch mob standing around a tree with two black men hanging from it that you truly realise the value of having a functional legal system.

A Google search will reveal dozens of these awful pictures, usually featuring numerous white people who are eager to get into the picture, and a caption indicating that the dead man was caught ‘stealing chickens’ or some other petty crime.

Hanging these men (and occasionally women) from a tree was, the mob believed, justice.

Did the punishment match the crime? Had they caught the right man?

Any mob that is happy enough to be photographed beside a limp hanging body — even though it was obviously against the law — is probably not overly concerned with such details.

In fact on occasion the lynching had less to do with a specific crime and more to do with an appetite for blood lust and a desire to assert racial superiority. Rules of fairness or due process were neither considered nor applied.

The legal system that most countries have is concerned that justice be fair, transparent and that people could have faith that the guilty would be punished and, much more importantly, that the innocent would not.

There are numerous rules in how a case must be prosecuted. Those doing the accusing are heavily burdened with the requirement to prove what they allege. These are not just quaint legal niceties — they mean that in a democracy, you can live without the fear of being lynched, or of being accused, rightly or wrongly, without the right to defend yourself.

Otherwise the mob rules — and if the mob rules, we’ll shortly be back to drowning women suspected of being witches.

Just a couple of weeks ago, Facebook lit up like a Christmas tree after a vigilante group filmed and broadcasted themselves approaching a man in Naas.

In the broadcast, they accused him of grooming a 14 year-old girl online and attempting to meet her.

No evidence was presented of this alleged crime during the course of the broadcast.

The group, calling itself ‘Silent Justice’ said during the broadcast that they had evidence — but presented none of it on camera.

They rang the Gardai while they were there. The Gardai arrived and the man was taken away. At the time of writing he has been released from Garda custody without any charge whatsoever, and Gardai are investigating the whole matter.

We don’t know whether that man, or any of the men that Silent Justice have approached in the UK and in Northern Ireland, would be found guilty of anything in a court of law.

Unless they appear before a court and are convicted of a crime, they are, in the eyes of the law entirely innocent?

Surely, in light of recent events, the people of Kildare in general, and Monasterevin in particular, are wary of calling anybody a paedophile?

There is also enormous doubt as to whether, even if a person was guilty of what Silent Justice claim they are, they could be either prosecuted or convicted for it given the manner in which that group entraps people and broadcasts the moment they approach them.

A number of Gardai and lawyers the Leinster Leader spoke to say the best thing the public can do if they have evidence is to present it to the Gardai and let them do their work. They are the experts.

At the time of writing, the video has been watched 600,000 times, more than 6,000 people have shared it and almost 10,000 people have commented under it, mostly along the lines of congratulating Silent Justice and indicating some things they’d like to see done to sex offenders.

The men have been convicted — without a scrap of properly presented or tested evidence — in the court of public opinion.

It’s not just that this is dangerous and unfair for the men in question — and it is.

This is mob rule and that’s dangerous for all of us.