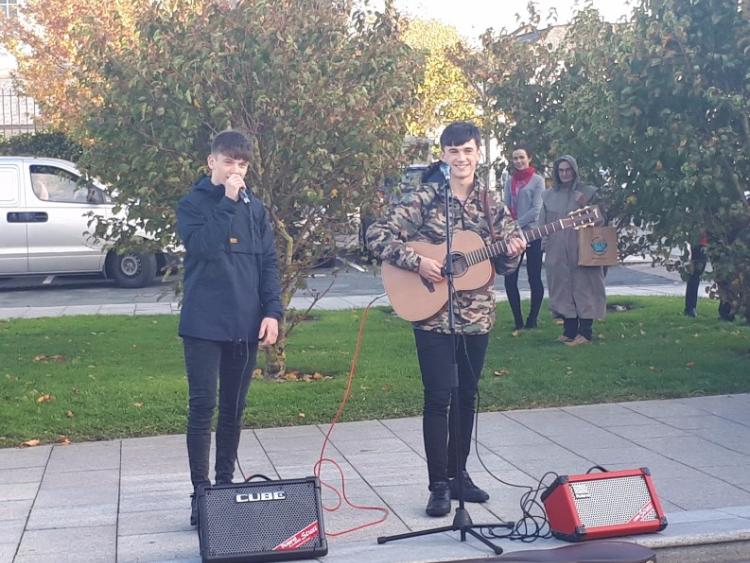 A massive crowd turned up in Blessington this afternoon to watch X Factor hopefuls, Sean and Conor Price, busk on the main street. 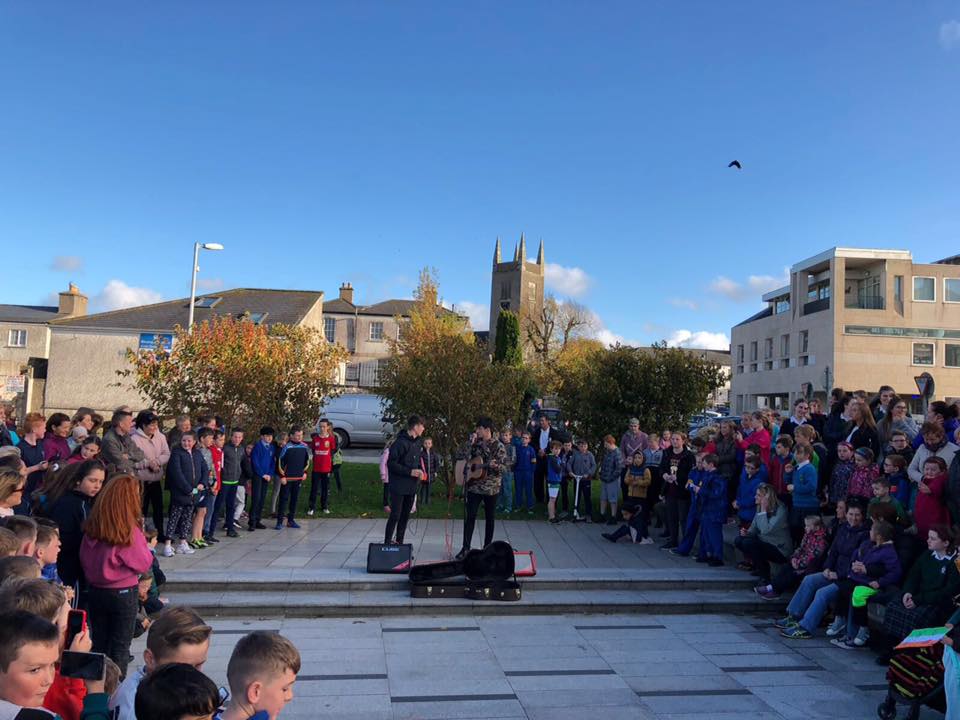 The Price brothers shot to fame after their X Factor audition on September 16, with their original take on on Jimi Hendrix's 'All Along the Watchtower'.

They were over the moon with the turnout and support from their hometown today.

The pair performed 'Watchtower', which has reached over 2.6m views on YouTube, their own original song 'Redemption' and a cover of Kodaline's 'Brother', among others, to a big crowd of fans.

Children from the town threw coins into Sean's guitar box as they performed.

They are due to battle it out during the six chair challenge this weekend.

The boys, who are students in Naas CBS, will be will be performing for Simon Cowell, who has the groups for this years competition.