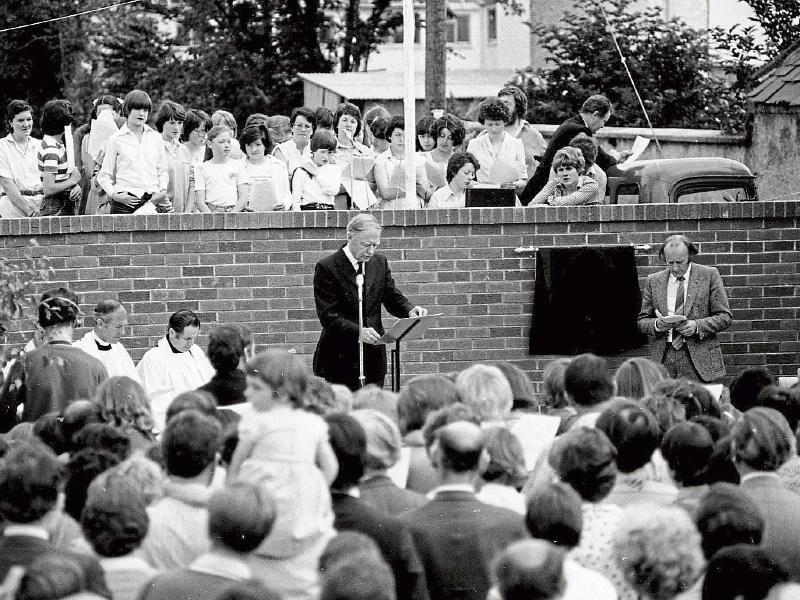 Images from the past - former Taoiseach Liam Cosgrave speaking at a Bi-Centenary celebrationion 1980 in Prosperous.

Former Taoiseach Liam Cosgrave has died. He was the 6th Taoiseach and served in that role from March 1972 to July 1977.

His wife Vera, who died aged 90 in 2016, was from the Naas Osborne family. Like her family, the late Taoiseach loved horses.

Vera was born in 1926. Her father, J. W. Osborne was a horse trainer based at Craddoxtown House. She married Liam Cosgrave in April 1952 when he was a government minister, before becoming Fine Gael leader and Taoiseach in 1973.

Liam Cosgrave will be remembered for his reasonably short – although lively – tenure as Taoiseach, died last night, aged 97.