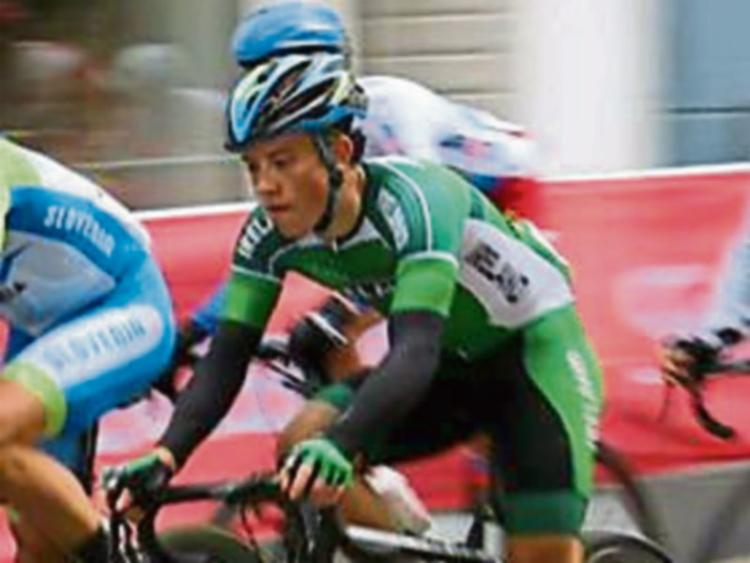 Adam was sitting comfortably in the bunch before a crash and a puncture ended his race.

Adam Stenson, the Celbridge youngster who got a call up to join the Irish team at the Cycling World Championships has written of his experiences there.

A member of  Celbridge Cycling Club 'Bikeworx' team, Adam was selected to pull on the green jersey for Ireland at the Championships in Bergen Norway.

“This weekend I once again experienced the highs and lows of cycling within the space of a couple of hours.

I arrived in Norway for the World U23 Road Race Championships full of excitement and in the hope of a strong end to my 2017 season. I had just completed a stint of racing in Belgium followed by a hard training and camp in Majorca fully prepared for what was to be the hardest race of my cycling career to date.

My form was good, I was on a high riding with the green jersey of my country on my back. I was really looking forward to giving this race everything I got.

Pre-race warm up was the day before the race, where we got to ride a few laps of the circuit and reci the course. I liked how it felt and it was a course that would really suit me with a nice long 3km climb that we would tackle on each of the 10 laps.

Race day came on Friday (September 22) and the weather was wet as forecasted. It didn’t bother me.

I enjoy racing in the rain and can handle the bike well in these conditions. We rolled up to the start line in front of crowds of thousands of people." 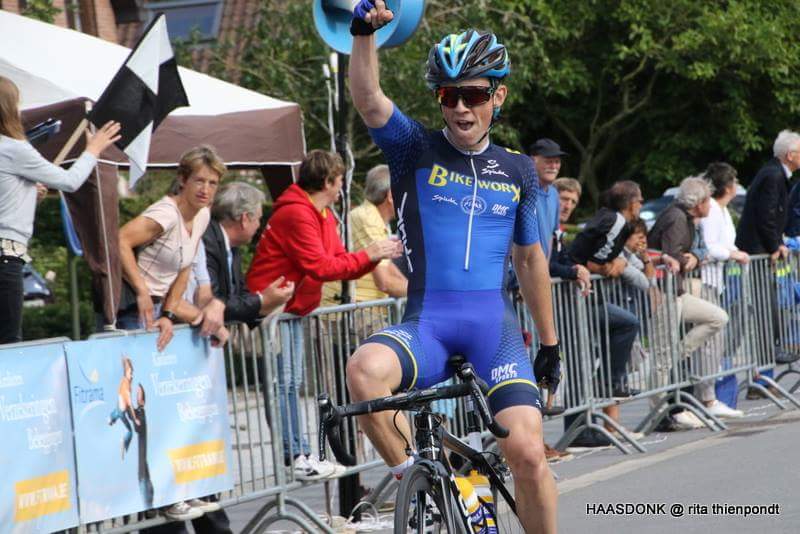 Adam wins a race in the colours of his Celbridge club, Bikeworx.

"It wasn’t long before the countdown was on the flag dropped and we started our 191km of racing. The first couple of laps were comfortable and I was feeling strong and looking forward to the race heating up.

Second time up the climb my luck started to turn when a Polish rider beside me clipped wheels with the rider in front and came down on top of me and sent me straight onto the footpath and into a hedge.

Each lap the pace was picking up and by lap 5 the race was well and truly on with some of the big nations driving the pace on the front.

I still felt comfortable stilling in the bunch. We crested the climb on lap 5 and then started into the technical descent hitting 80km/hr in spots.

Halfway down, my bad luck would strike again. This time it was a rear wheel blow-out. I tried not to panic and pulled over and waited for the service car. I knew the race was at its fastest now and this would have to be a good wheel change to give me any chance of getting back into the race.

However, when my service car pulled up and we changed the rear wheel, it was not in record time. I was back on my bike and chasing hard but the cavalcade of service cars was gone and I know I’d never see the front of the race again. I rode the next couple of laps pretty much alone, only passing riders who had been dropped when the race got hard.

With 1 lap remaining in the race my fight was over and the officials pulled me out*.

It was a bitterly disappointing day for me, but that’s cycling, hopefully I’ll get the opportunity again in 2018 and luck will be on my side.”

*Because the race is in laps, officials must remove riders who are so far back that they could interfere with the race if lapped by the remaining racers.

Nineteen year old Adam has has a very promising season so far this year.

For the early part of the season  he was doing his Leaving Cert at Salesians College, Celbridge, and worked hard to get the balance right between study, exams, training and racing.

After Leaving Cert he turned his focus to the bike and it wasn't long before he took a few wins on the domestic circuit. Then in early August he travelled to Belgium to race for a short period where he picked up a win within his first week of arrival and several podium spots after.

This race was 191kms long and he was up against 200 of the world's best riders to compete for the coveted rainbow jersey of the world champion.