A Kildare man in London: Man with 'keys' to Shergar mystery dies in Caribbean

Robert Mulhern on his meeting with IRA supergrass Sean O'Callaghan 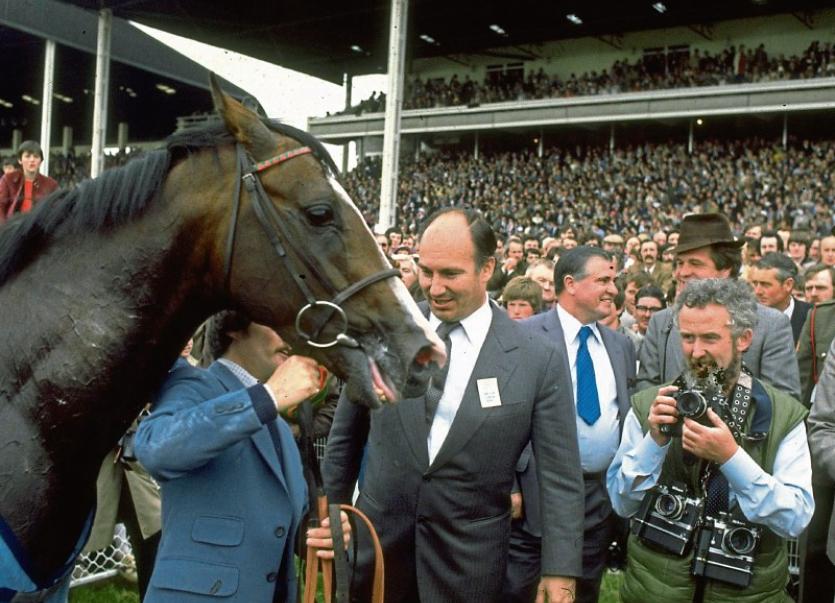 I got a text message from a friend on a recent Thursday afternoon saying Sean O’Callaghan had died.

O’Callaghan is the former IRA member turned Supergrass whose book The Informer lifted the lid on an undercover life.

But his drowning in a swimming pool in Jamaica last week, while on a visit to his daughter, has also brought a review of that life and his place in one of  Ireland’s greatest mysteries — the kidnapping of Shergar.

Next March will mark 35 years since the famous racehorse was driven from Ballymany Stud in Kildare, leaving behind too few clues and a vacuum filled by the theoretical musings of the one-time Kerry IRA man.

As recently as last Christmas, jockey turned BBC broadcaster Mick Fitzgerald met O’Callaghan in a Central London park to reflect on a kidnapping he claimed no part in, but could offer insight into, 34 years on.

I was five when the horse was taken from the stud and I’ve early memories passing the entrance on the far side of Newbridge and wondering about the world-news-making event that had happened on our doorstep.

Walter Swinburn, who famously rode Shergar, was the favourite jockey of my dad’s best friend, and the thing with the Shergar story is the volume of Kildare people who claim one degree of separation from the mystery.

Returning from a weekend in Galway in the mid-2000s, we fell into an impromptu conversation with a man in a chipper in Kildare town who claimed to have worked at Ballymany at the time of the kidnapping.

Another friend had a connection to Jim ‘Spud’Murphy who originally investigated the disappearance. And walk into any Newbridge pub on any night and you’ll find punters of a certain vintage with snippets of vital  evidence!

In 2008, I met Jim Fitzgerald, the head groom who was abducted by an armed gang along with the horse. He agreed to an  interview, having been tight-lipped for much of the previous 25 years.

But Fitzgerald’s story, while compelling and insightful, was like so many others related to the disappearance — by the finish you were no closer to figuring out what exactly happened?

In the meantime, Shergar popped up in listicles celebrating famous unsolved mysteries, and TV documentaries filled with talking heads and the testimony of O’Callaghan — the one man who did claim to be able to unlock the mystery.

The Kerry native was an IRA operative at the time Shergar went missing. He dropped names freely in his book about who he believed was involved, and how it all ended in a bloody hail of bullets after IRA handlers lost control of the horse.

I can’t remember exactly how or thanks to who I ended up with O’Callaghan’s mobile number, but I first made contact with the Kerry man while working as a reporter in London in 2010.

At the time, I would have been calling him for context on historical IRA processes in England, but it took until January of this year to meet him.

A colleague was researching a new lead related to the disappearance of Shergar. Testimony that centred on information from a source in America. The purpose of meeting was to rule this information in or out.

I remember waiting to meet O’Callaghan — who picked the location and time in central London — and feeling a heightened sense of anticipation because of the sorry mystery that has been part of life growing up in Kildare.

O’Callaghan had previously declined to meet and I’d been forewarned by a  security source to treat his testimony with scepticism.

So he arrived ahead of time, was very good company and appeared to be on first name terms with the staff of this side-alley cafe.

I remember thinking that they couldn’t possibly have known O’Callaghan’s back story. To them he was just a friendly regular, who drank cappuccinos and ducked in and out for cigarettes.

He wasn’t a life-saving supergrass or an authority on the inner-workings of the IRA, or on this occasion a man capable of processing this new information to unlock the Shergar story.

The meeting yielded nothing. He’d never heard of the contact in America, couldn’t substantiate the theory the man had put forward on the disappearance and the remainder of the conversation turned into just another version of the Shergar story he’d told before — gripping, logical but extremely difficult to substantiate.

And in keeping with the texture of the Shergar mystery we’ll now likely never know if his version of events is accurate or not!

Robert Mulhern is a London-based journalist contracted to RTE's The Documentary On One. To contact our columnist, email mulhernrobert@hotmail.com