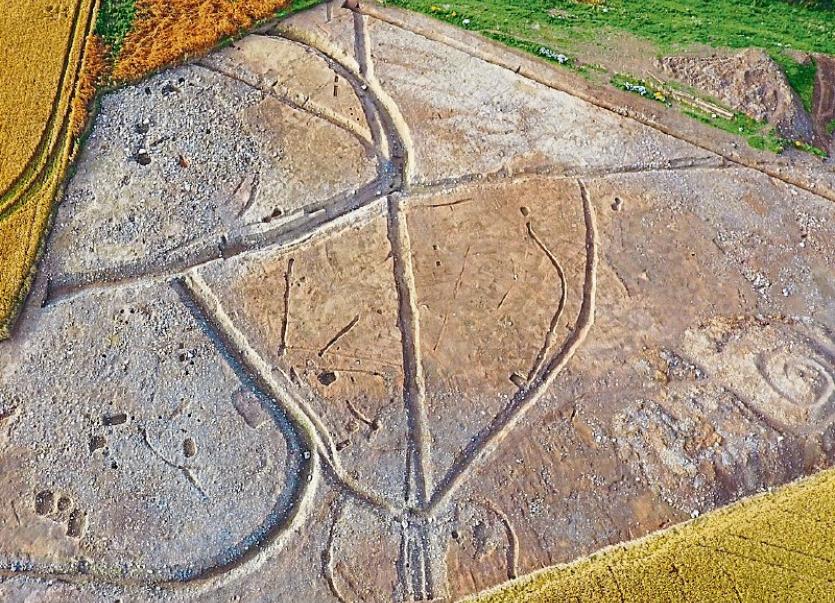 Detail from the dig near Sallins.

A talk will be given tomorrow night, Tuesday, August 22, in Naas Town Hall by archaeologists who, while working the site of the Sallins bypass discovered that there was a settlement a few hundred metres north of the village along the Liffey.

Twenty different discoveries were made in the area, including charcoal-production pits, smelting furnaces, cereal-drying kilns, a brick-kiln, post-medieval roadways, a mill-race, prehistoric cremations and a ceremonial ring-ditch.

But the most significant discovery was that of an early medieval enclosure complex on the banks of the River Liffey, north of Sallins in the townland of Castlesize.

The enclosure is marked by a number of a two metre deep ditch. Noel Dunne, an archaeologist with Transport Infrastructure Ireland will give the talk at 8pm. 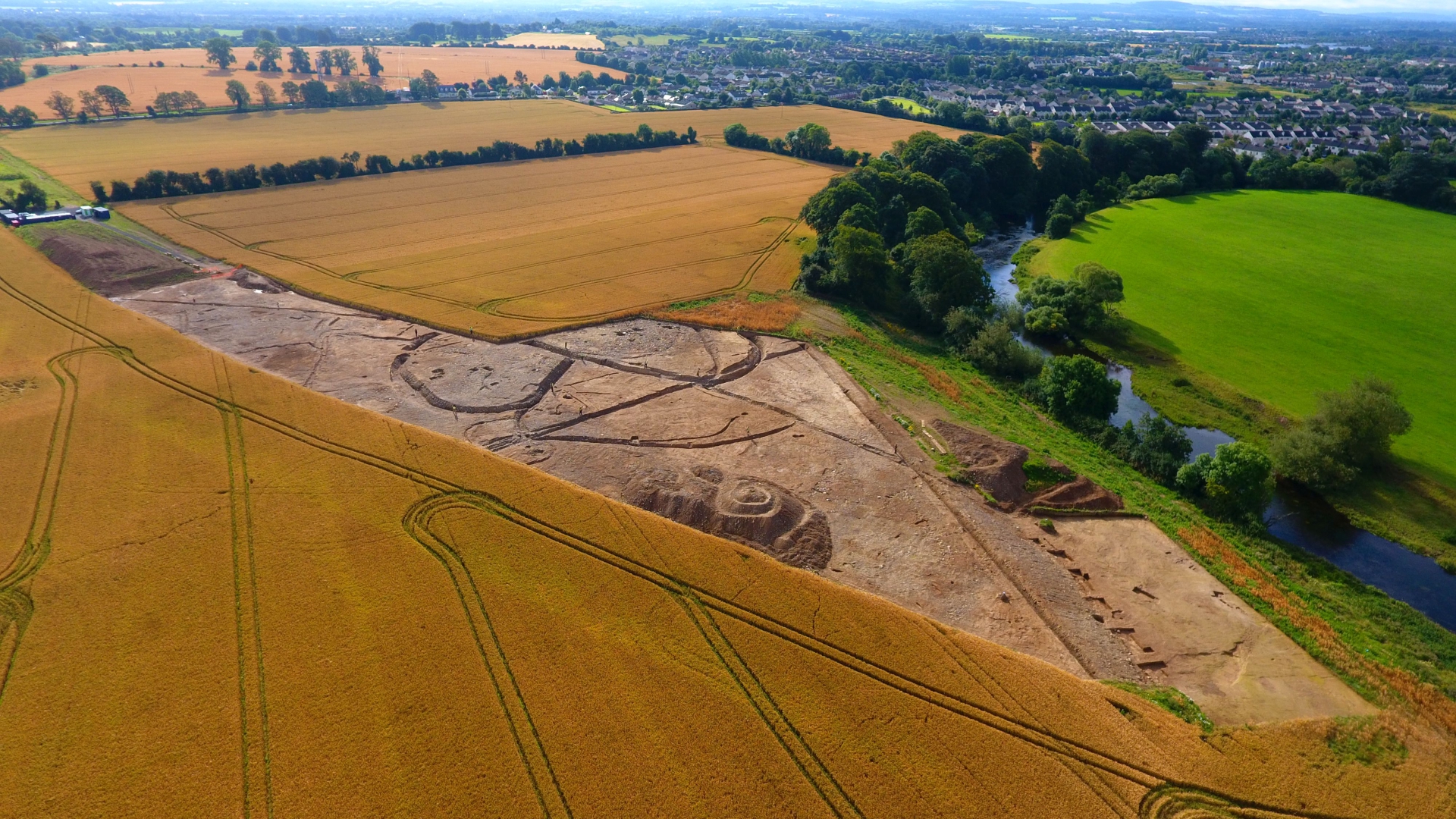 The dig, with Sallins in the background, to the south.

He told the Leinster Leader that the dig only ended last week and that among the discoveries were the remains of probably the largest ever medieval ‘slaughter dog’.

These dogs were used to guard settlements and houses in medieval times. It was found buried in a kiln which, Noel believes, suggests it was obviously a special dog to its owners.

Other items found include quite a lot of pieces of jewellry including ring pins and a silver strip, glass beads, and a book clasp, which, he said, was quite similar to the St Brigid’s cross design.

Mr Dunne said that the discovery gave a fascinating insight into the lives of those who lived then.

Further analysis is required on the findings, he said.

We’ll have more detail following the talk tomorrow night which is a Heritage Week event. 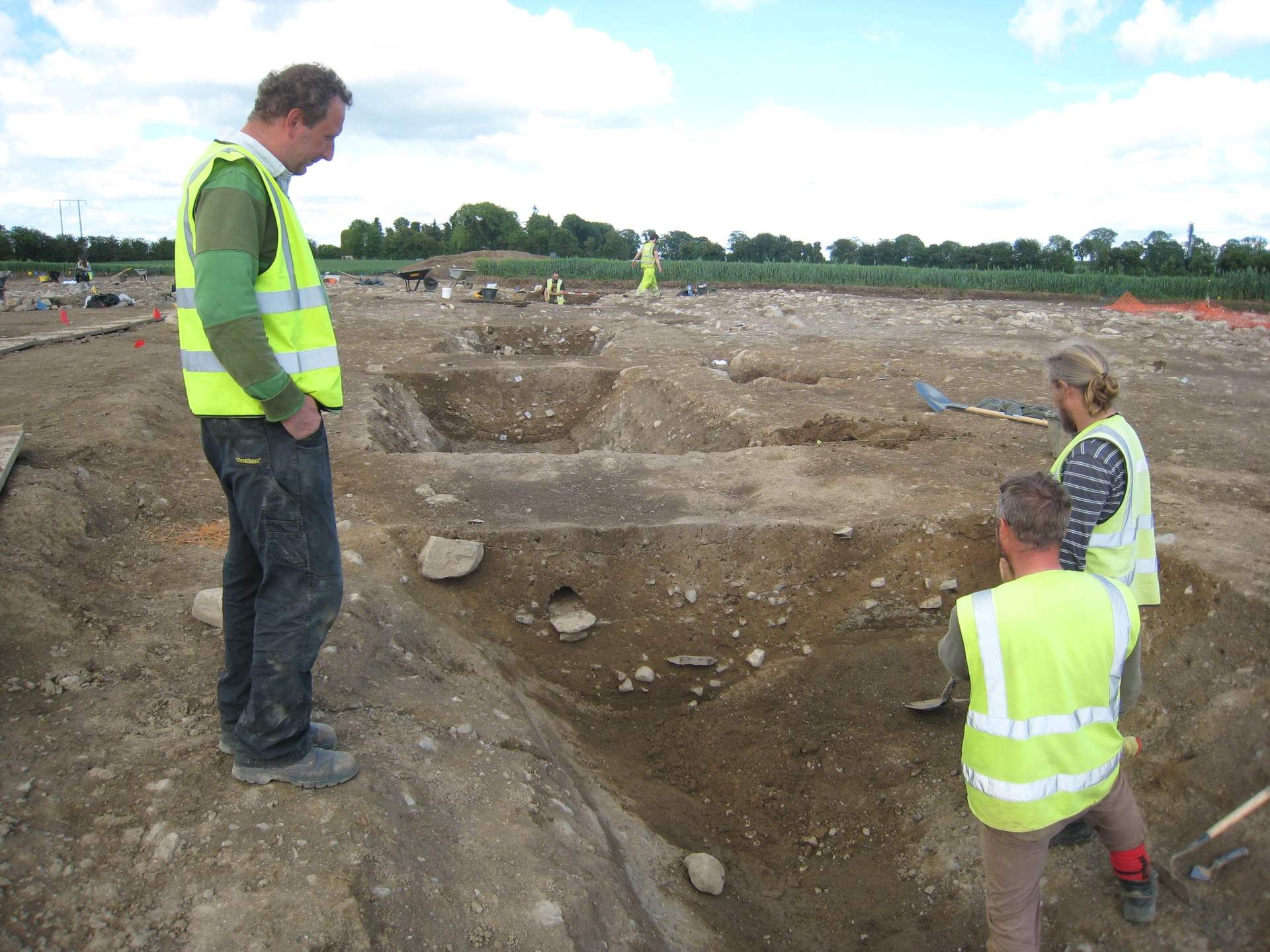 Archaeologists working on the site.