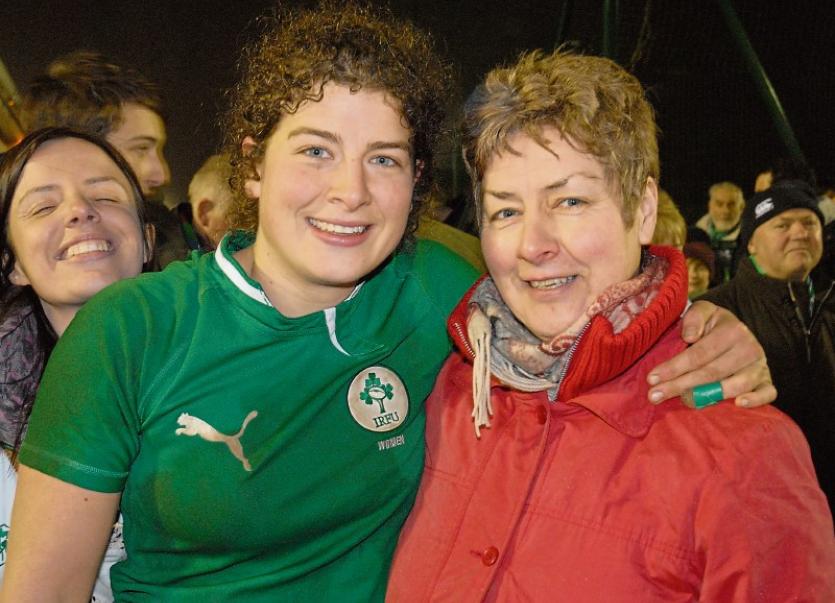 Kildare’s Jenny Murphy is back in the Irish rugby team to face France tomorrow.

The Ballymore Eustace woman was aggressive in the first game against Australia until she was substituted with an injury.

One of Ireland’s most exciting players, Murphy sat out the game against Japan but has been judge fit and well to take on the French tomorrow and will resume her powerful centre pairing with Sene Naoupu.

Jenny plays her club rugby with Old Belvedere. While she grew up playing Gaelic and soccer, she started playing rugby while teacher training in London in 2010.

She’s been part of the 2014 Rugby World Cup squad and has represented Ireland in Sevens.

The match against France will be played UCD at 7.45pm.

The eagerly-awaited Ireland v France match will be broadcast live on television in the Republic of Ireland by eir Sport 2 and RTE Two, while there will be live streaming available on rwcwomens.com