24 new recruits received certificates at the passing out parade 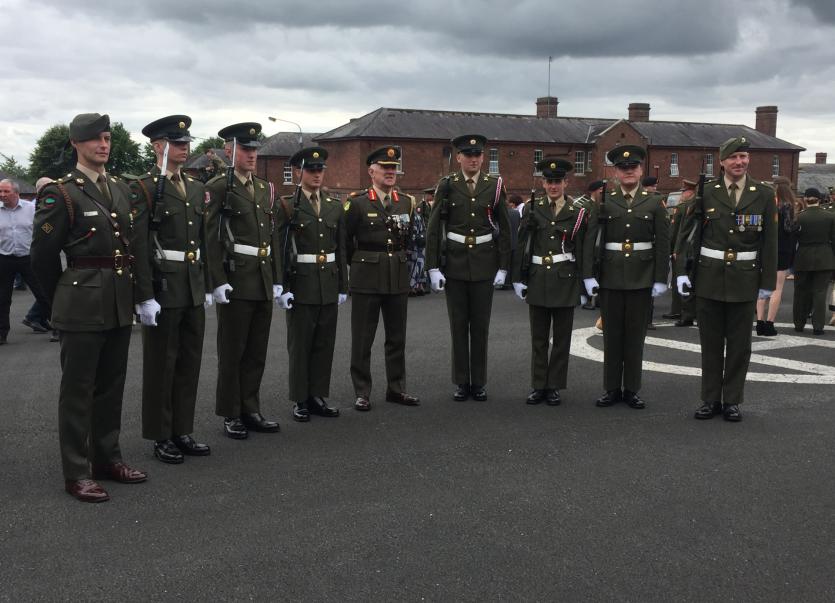 After 15 weeks of intensive training, 24 new recruits of the 107th Recruit Platoon got to celebrate at today's passing out parade.

Seven young Kildare soldiers made family and friends proud as they entered the ranks of the Defence Forces today at a Military Ceremony in McDermott Square, Curragh Camp. 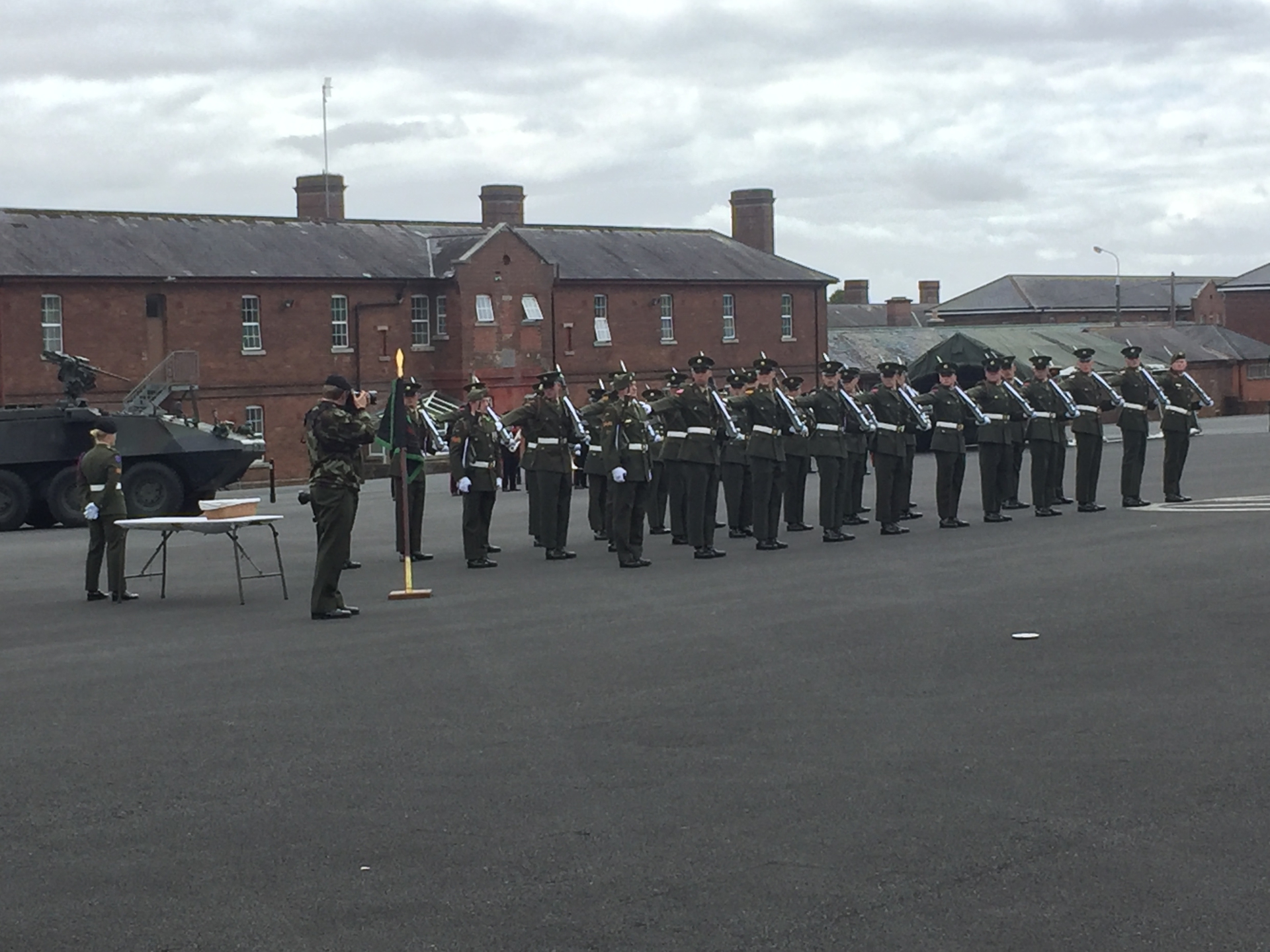 They began their training on April 24 last.

Adam Kelly Flood from Newbridge was the youngest recruit to pass out today, aged 19, and aged 18 when he began his training. The oldest passing out today was 24.

His family has a long history of Defence Forces members.

"My great-great-grandfather was Sergeant Major in the Connaught Rangers, then he came back in 1924 to join the Irish Army. Since then it's just been every generation joined the army so I'm the fifth generation in my family in the Irish Army," he told the Leinster Leader.

Adam said since a young age he knew he wanted to join the army.

"I kinda grew up around it so it was what I knew."

Adam attended school in the PBS in Newbridge but knew college was never an option afterwards.

"I didn't really like school, I wasn't really interested so I always knew since I was a young lad I'd be coming here so I didn't want to do school or college."

Adam was only 18 undertaking the training. "It was hard, it's all hard. Especially being away for 15 weeks and getting into a new routine, new people that you've never met before. Stuff like that is hard.

"Then there's the physical side of it, things you've never done before. Crawling around, you've a rifle in your hand. Completely different fitness to playing football or hurling or whatever."

Adam added that he never looked back once he got into training. "Never thought about leaving. 100% staying here."

The recruits now go on to do a course for 10 weeks, "three star training' which is the next rank up. This will mostly involve ground training, based a lot of the time in the Glen of Imaal.

Jamie Lambe (19) from Ballitore said joining the Defence Forces is what he always wanted to do.

"It changed me as I went along, you can notice the changes in people around ya as well. More maturity."

He added that the training was tough.

"You're together so you get through it. I knew I could do it so I just pushed myself."

General Officer Commanding of the Irish Defence Forces, Brigadier General Joe Mulligan, was in attendance of the parade today.

He congratulated the new recruits, and spoke about the "resilience and intelligence" and of each one of them.

"It is not for everyone. It can be tough but rewarding."

He commended the hard work of the troops.

He welcomed the recruits into the ranks of the "Defence Forces Family" as they now officially start their career in the Irish Army. "Be thankful for the hard times; they have made you", he said. 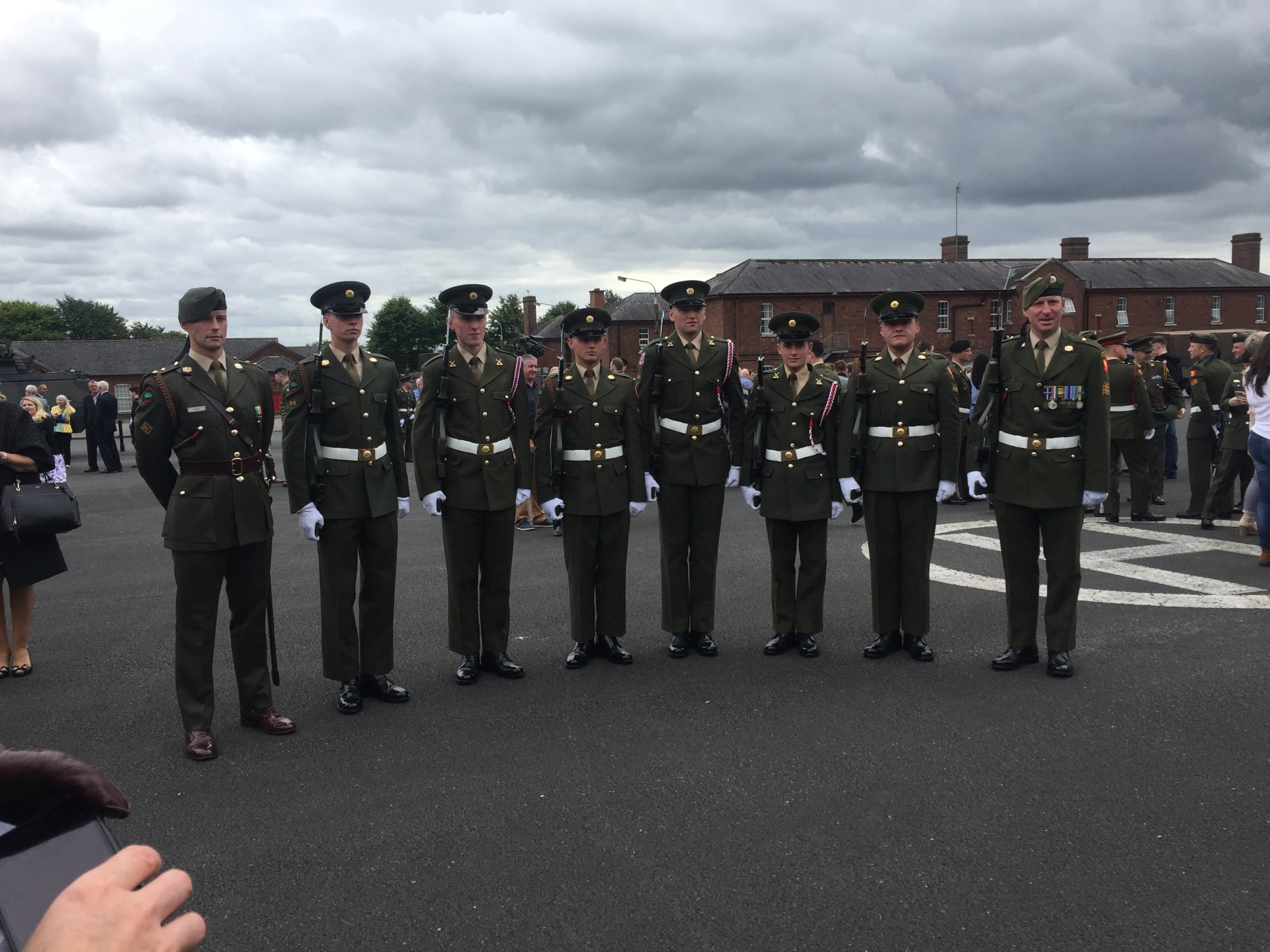