Moore Avenue residents have been campaigning for walkway closure 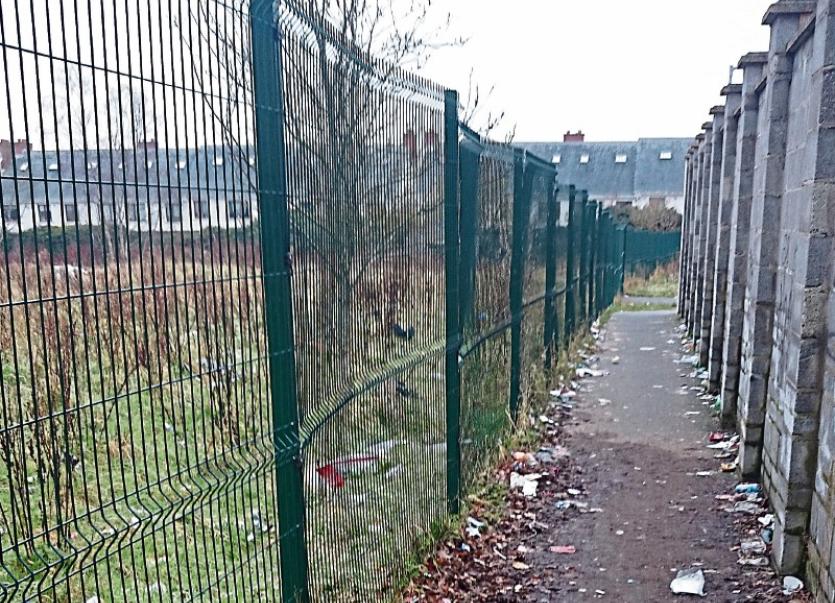 The walkway at Moore Avenue

Planning permission has been granted for a new 19-unit housing development in Newbridge.

Ravensgrange Ltd has been granted permission for the new estate, which will be located between Millfield Manor Road and Moore Avenue.

There will be six two-bed and 13 three-bed homes in the development, with access for cars through the Millfield Development. Two derelict sheds will be knocked to make way for the new houses.

As reported recently in the Leinster Leader, an agreement was struck between the developers and Kildare County Council to include the controversial Moore Avenue walkway land in the development.

The developer has agreed to take transfer of the land from the council once the land has been procured by Kildare County Council.

Moore Avenue residents have been campaigning for the closure of the walkway for ten years because of anti-social behaviour. Residents on the other side wanted it kept open so they can gain access to the town centre. Attempts by the Council to block it up earlier this year failed.

The walkway land will be closed off and landscaped into the new development.

One of the conditions of the planning permission is that Ravensgrange build a 2.4m high wall between it and Moore Avenue before starting building work.