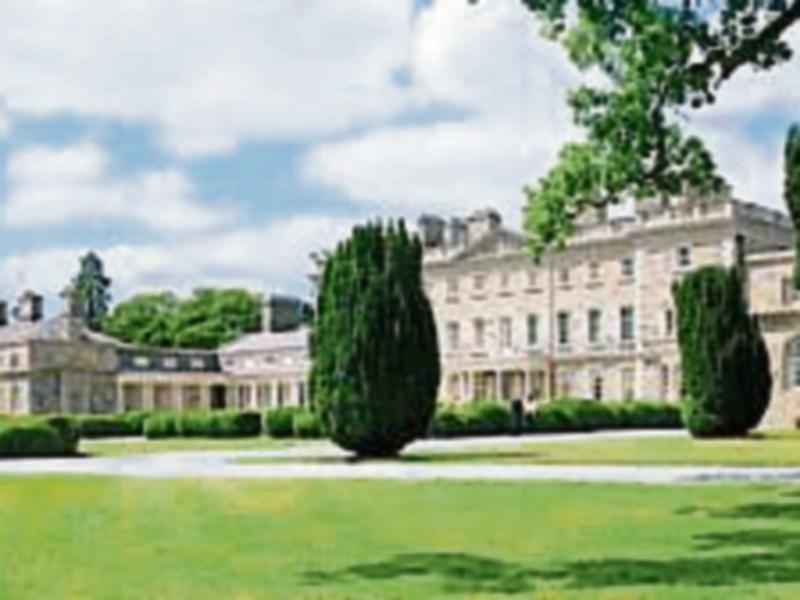 One of Ireland's best known golf resorts, Kildare's Carton House Resort has been put on the market today for €60m.

The Mallaghan family and the Carton Development Partnership confirmed they reached an agreement with NAMA to put the property on the market.

As the ancestral home of the FitzGerald family, Earls of Kildare and Dukes of Leinster, Carton is one of Ireland’s most historically important stately homes.

Savills, and CBRE have been appointed as joint selling agents for the Kildare property. The 668 acre estate is being offered for sale by private treaty with a guide price of €60m.

The original Carton Demesne dates back to the 11th century, its centrepiece today is the 18th century Palladian mansion.

Work began on the painstaking and detailed restoration of the manor house and estate in 1999. Carton House was subtly and sensitively transformed over seven years, the restored house and modern hotel was opened in 2006.

The hotel provides 165 bedrooms – including 18 suites located in the original house – all of which enjoy panoramic woodland and golf course views. The extensive food and beverage offering includes the Linden Tree Restaurant, the Kitchen Bar, Lobby Lounge, the Coach House and the Arch BBQ.

The resort offers a range of meeting rooms, conference and banqueting facilities and is a popular wedding venue, averaging 70 wedding receptions annually.

The main ballroom can accommodate 350 guests. The luxury spa is located in an original stable block with seven treatment rooms and an 18m pool.

Carton House also hosts high performance sports training camps, and is regularly used by the Irish national rugby team and most recently by the 2017 British and Irish Lions.

The facility includes soccer, GAA and rugby training pitches developed to the highest specifications, which have been used in the past by such world famous clubs as Real Madrid and AC Milan as well as many UK based teams. Carton is also home to the Golfing Union of Ireland and the National Golf Academy.

Estate agents said the resort is trading strongly with further growth forecast for the coming years. For its staff, suppliers and golf members it will be business as usual.

Conor Mallaghan, Carton House said; “The Mallaghan Family are honoured to have had a 40 year association with Carton House and together with its Development Partners remain extremely proud of the standard of restoration achieved on this wonderful heritage property and estate. Carton’s future is now secure and it is very much part of the local community and an enduring and unique legacy for the Irish people. It is now time to pass its stewardship to a new owner whom I trust will continue with its recent revival and will appreciate this amazing place as much as we have”.

Tom Barrett, Head of Hotels & Leisure at Savills commented: “Carton House is the premier Irish Resort. The magnificent Palladian House has a rich history and combined with its more recent hotel development, will appeal to a wide pool of leading domestic and international buyers”.

Dave Murray, CBRE Hotels said: “Carton House represents a once in a generation opportunity to acquire an upscale resort comparable to the best Europe has to offer. While Carton House has robust and diverse revenues from leisure, corporate and wedding business, it has fostered an excellent profile from hosting international sporting events such as the Irish Open along with hosting international sporting teams – most notably the Irish Senior International Rugby Team, the British and Irish Lions and Real Madrid CF”.