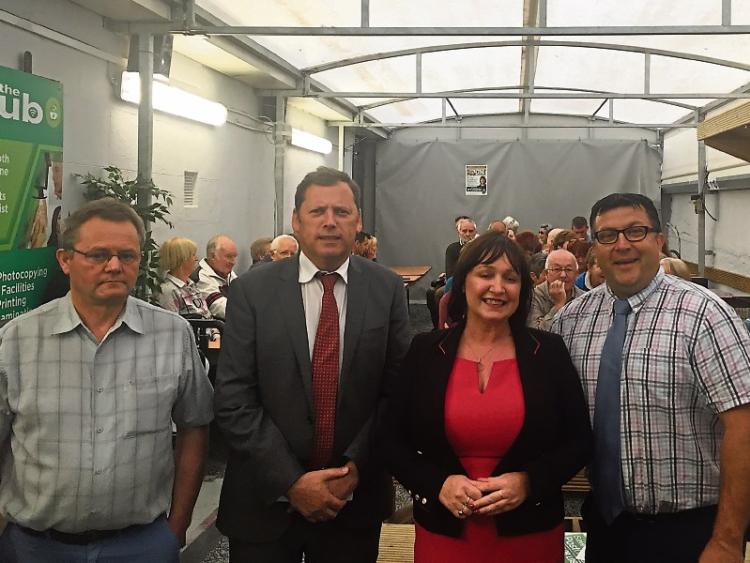 Concerns have been raised about rural villages in Kildare losing out on investments with business closures and threats to local post offices.

The fears were raised at a special meeting organised in Ballymore Eustace last Tuesday by Dep Fiona O’Loughlin.

The meeting was held to address issues facing post offices in South Kildare and was extremely well attended by local residents and people from as far as Athy and Carbury.

Mayor Martin Miley also spoke on the night and Cllr Murty Aspell was in attendance.

The ongoing matter of Coughlanstown Road closure was raised and both Deputy O’Loughlin and Mayor Miley committed to the residents that they would assist in trying to secure national funding for the road to be reopened.

“Residents came out in force to convey their case to myself and the other public representatives, they want to see a community being built in the area as they feel the village is slowly depleting,” said Dep O’Loughlin.

“Worry surrounds many rural villages in Kildare South through businesses closing and lack of new developments to the areas which is now highlighting in our rural towns and villages and we need to do more to prevent this prevailing”.

She outlined how postmasters spoke about their discontent with banks, and other parties they felt were not doing enough to ensure post offices remain a vital part of communities.

Dep Cowen spoke about the need to support the rural fabric, and many attendees expressed opinions on the extra services that Post offices could operate in addition to the existing ones, in order to make them more viable.