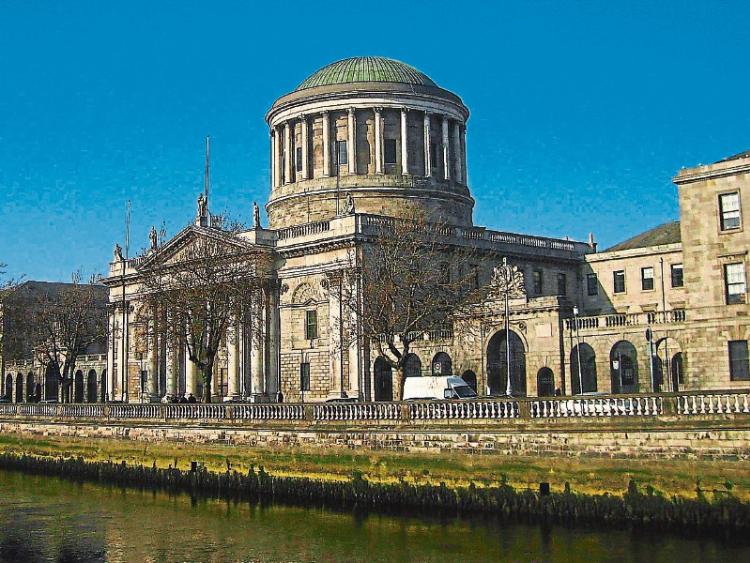 A Kildare man who orally raped an 11-year-old girl during "blindfold games" when he was aged 15 has had his two-year jail term halved on appeal.

The Central Criminal Court heard that he would set up blindfold games with the girl during which he would put his penis into her mouth.

He was sentenced to four years imprisonment with the final two suspended by Mr Justice Tony Hunt on November 28, 2016.

The 24-year-old successfully appealed his sentence today, Friday, July 7, with the Court of Appeal holding that the sentencing judge gave insufficient discount for his young age and lack of maturity at the time the offences were committed. He was accordingly resentenced to 18 months imprisonment with the final six suspended.

Giving judgment in the Court of Appeal, Mr Justice Alan Mahon said the offending incident occurred when the victim would visit the appellant's home with her friend, the appellant's sister, after the two girls had finished horse riding lessons.

He would persuade the girls to play a game of which involved them being blindfolded and guessing the identity or description of something placed in the hand, or mouths by the appellant.

In the case of his sister, the items in question were entirely innocuous, but in the case of the victim, the item in question was the appellant's penis. Otherwise innocent childhood games became an occasion of serious and repeated sexual assault, Mr Justice Mahon said.

Details of the instances were reported to the Gardai in 2013. None involved violence or the threat of violence.

When contacted by Gardai, the appellant attended the Garda station and made a voluntary statement. He described his actions as “experimental” and said he was very sorry for what had occurred.

The negative impact on the victim was and remains considerable, Mr Justice Mahon said. She bravely revealed the enormous struggle she had endured in coping with the abuse inflicted on her.

The appellant had no previous convictions. He subsequently went to college and qualified as an engineer. The sentencing judge said there was no risk of reoffending.

He considered as aggravating factors the "degree of subterfuge deployed" and the repetitive and escalating nature of the conduct.

They were not isolated in the sense of being a one off. They were committed over a period of time and in a determined and calculated manner and could not reasonably be described as merely experimental in the context of what might be expected to fall within the bounds of natural curiosity for a 15-year-old boy.

He said it was difficult to understand, if such case was to be made, that the appellant was not fully aware that his actions were entirely wrong and seriously inappropriate.

The man's barrister, Hugh Hartnett SC, submitted that although an adult at the time of sentencing, the appellant ought to have been sentenced as a 15-year-old and, as such, on the basis that a custodial sentence should have been considered as a last resort.

Mr Justice Mahon said the Children's Act was designed to ensure the detention of a child offender should be a sanction of last resort for a variety of concerns.

However, the same concerns would not be present in circumstances where a child offender was being sentenced as an adult. In such a case, the court would not be concerned with the potential detrimental effect of a custodial sentence on the offender.

While it was impossible to speculate at this remove how a court would have dealt with the appellant had he been prosecuted for these offences as a 15-year-old boy, it was likely that any period of detention would have been in the region of 12 months, followed by a period of supervision.

In the Court of Appeal's view, the sentencing judge did not sufficiently discount the headline sentence on the basis of his youth and lack of maturity.

Due to the “strong” mitigating factors in the case, particularly the extent to which the appellant admitted wrongdoing, his co-operation with gardaí, his early guilty plea and previous good behaviour, the actual sentence imposed was one of 18 months with the final six months suspended for twelve months.

The appellant was required to enter into a good behaviour bond for the suspended period and he undertook to be so bound.