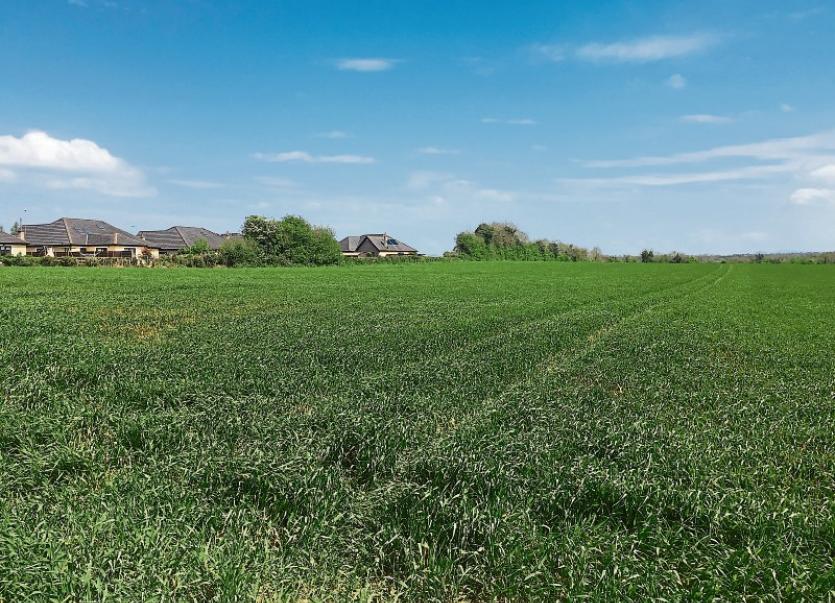 The land being sold at Kilmeade

Before an attendance of about 20 people the property opened with an initial bid of €200,000 with two active purchasers.

Having reached €320,000 and with no further offers, the entire was withdrawn and following negotiations a deal was agreed for an undisclosed sum. The purchaser is believed to be a local farmer. The property was located 8km from Athy and was primarily in arable use with one field in grass. It adjoined the development boundary for Kilmead.