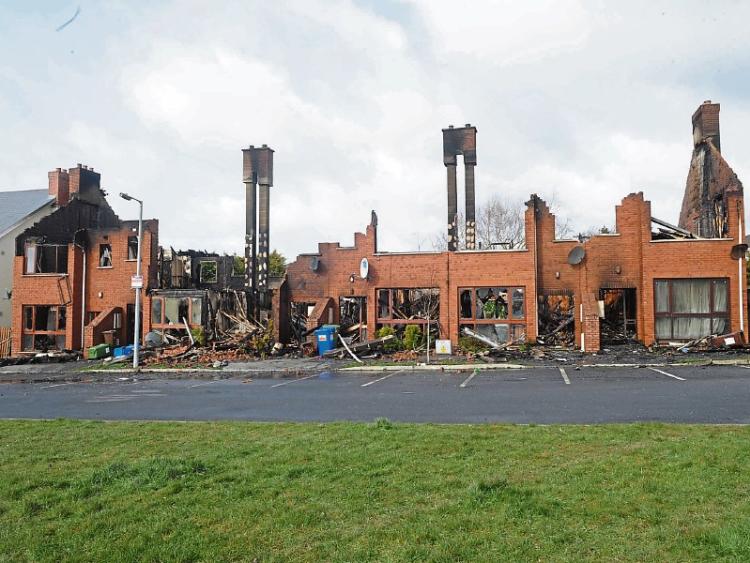 Residents at a Newbridge estate where six homes were gutted by fire in an astonishing 25 minutes in March 2015, are still living in fear.

A report commissioned by the Government has yet to be published and the residents of the 90-plus homes at Millfield Manor are frustrated, angry and worried about the ability of their own homes to withstand any fire threat.

READ MORE: Call for Kildare's Millfield fire report to be released by the Government

The residents’ fears were expressed in a submission last March to the Oireachtas Joint Committee on Housing, Planning, Community and Local Government.

“Due to the identified sub-standard construction of these timber frame houses, the residents of Millfield Manor are left in a perilous situation where a fire in any one of the houses in a terrace of six (and perhaps even and adjoining terrace) would spread rapidly and has the potential for multiple deaths,” the residents stated in that report.

The residents feel let down by the authorities and are still waiting for action. Many can’t afford to carry out the much-needed works to make their homes fire compliant.

The Millfield Hawthorns Concerned Residents describe how this situation is a “life and death issue within our community and we have encountered serious obstacles in the past two years in remedying construction failures due to a lack of clarity on standards and the cost of such works.”

It’s believed it could cost up to €35,000 to rectify the defects in each home and families would have to vacate the dwelling during those works. Those who have undertaken work may not reap the benefit of it because of the terraced nature of the development.

Each terrace contains a group of six homes and because of major defects in the compartment walls and attics, fire could still spread from the homes either side.

The damning submission highlights the dire situation these homeowners face each day. Cllr Morgan McCabe (Ind) told last week’s Kildare Newbridge Municipal District meeting about a family he knew, who were living there.

He spoke about a child who goes around the entire house each night before bed to check that all the plugs are out incase the property goes on fire.

In the aftermath of the fire on March 31, 2015, an investigation by Kildare County Council and separate reports commissioned by some residents found faults in the properties. Building regulations require a one hour fire separation compartment wall between adjacent units. The Millfield Manor homes did not meet this criteria.

“If the fire had occurred during night-time hours, it would be a certainty that persons, including children, would have died. Construction failures mean Millfield families live with this fear on a daily basis,” said the homeowners.

The residents point out that Priory Hall, Longboat Quay, and Beacon Court are three developments that have received national attention over recent years, but none of them have had any fires.
In July 2015, the then Minister directed that a review be undertaken by an independent fire expert to develop a framework for the entire industry. A steering group was convened to oversee the review and Millfield Manor was to be used as a casestudy.

Seven different homes were inspected by this group with owners being promised a copy of the reports on the homes in question. Residents were informed it would be published in 2016 but so far the report has not been published and has not been shared with the residents.

The Millfield Manor residents were also promised that they would be briefed on fire safety measures in their daily lives. That did not happen either, and the threat of their house going on fire is constantly on many of their minds.

In a bid to try and ensure this tragedy does not happen again, the residents are calling for a strong competent pro-active National Building and Fire Authority to be set up to ensure all buildings are built to specified and enforced standards.

“Such a national body would specify and supervise a clear range of inspections and provide confidence for purchasers that they are getting a quality product with full and clear title,” they said.
The residents said they had made every effort to try to progess matters but find that all avenues are closed to them.

“They have no certainty as to what certifiable solution could be used to repair properties and there is no assistandce, or advices, from the statutory bodies,” read the submission.

“The irony is that the only innocent parties involved in this debacle, ie, the persons who pruchased these houses in good faith, are the only parties suffering at this stage.”
The wait goes on.