Where will you be voting in the next General Election? 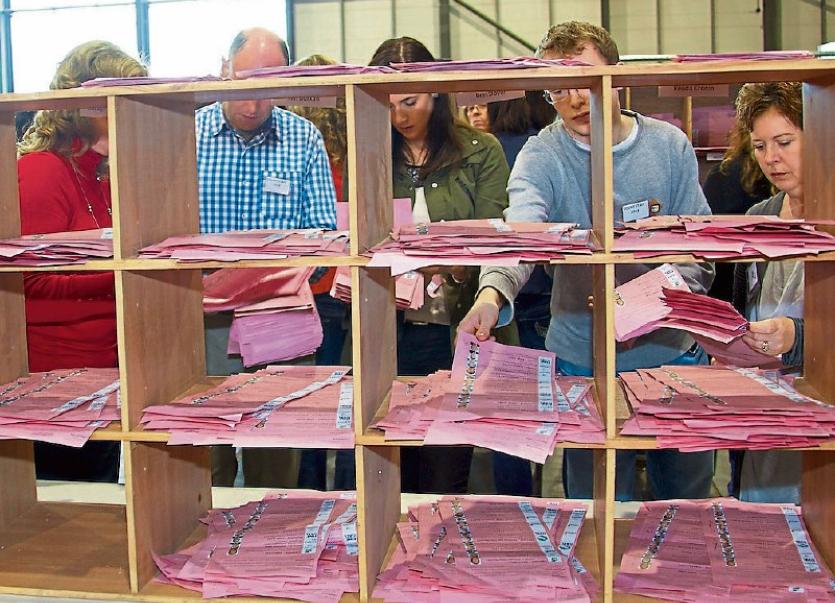 File photo of votes being counted at Punchestown

Kildare South is set to regain its lost territories, including Monasterevin and Kildangan, whose electorate were forced to cast their votes in Laois in the last General Election.

That's according to the report of the Constituency Commission, which was released Tuesday. Based on the latest Census data, it recommended increasing the overall number of TDs in the country by two, to 160.

Parts of Laois and Offaly will also be incorporated into Kildare South to form a new four-seater constituency. This means that Kildare South will return an extra TD to the Dail - although as current Ceann Comhairle Sean O Fearghail, the Kildare South Fianna Fail deputy, is guaranteed to be returned, voters will effectively just be electing three members.

Several of its recommended changes will affect the way Kildare people will vote. Some of those who were formerly in Kildare North - in Carbury, Carrick, Drehid and Kilrainey - will now cast their votes in Kildare South.

Kildare South will comprise the rest of the county - including the return of Monasterevin, Churchtown, Ballybracken, Harristown, Kilberry and Kildangan, who voted in Laois last time out. Transferring in to South Kildare from Laois will be the electoral divisions of Ballybrittas, Jamestown, Kilmullen, Portarlington South; and from Offaly, the electoral division of
Portarlington North.