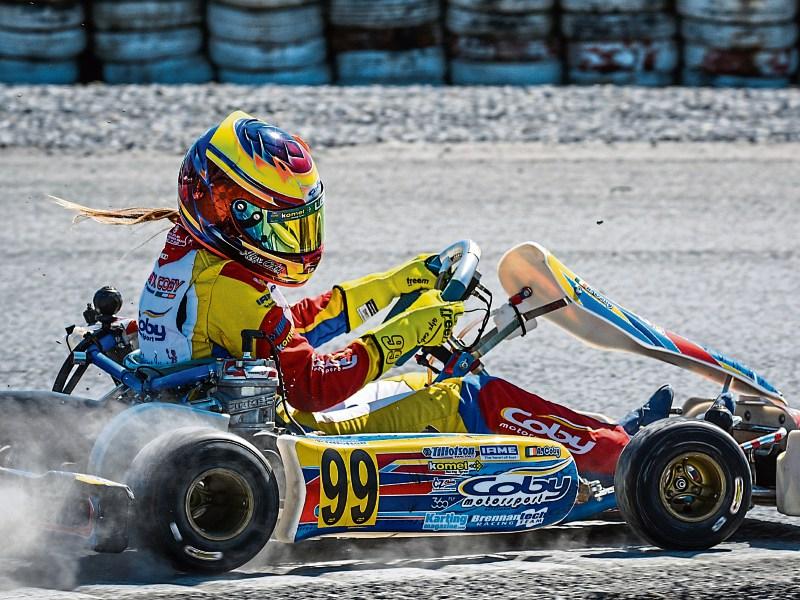 Thirteen year year-old Alyx Coby, from Newbridge recently secured her first win of the season at Round 4 of the Motorsport Ireland Karting Championship in Tynagh, Co. Galway.

Competing in the IAME X30 Junior class, which caters for drivers aged from 12 to 16, the sixth class student from Gaelscoil Chill Dara got the day off (June 17) to a steady start with fifth and fourth place finishes in the two qualifying heats.

This gave Coby the fifth spot on the grid for the first of the day’s finals. She made up two places at the start before dropping back to fourth on lap 2.

She quickly regained third position and set about reeling in the leaders over the following two laps and then for six laps the top three drivers were locked in a close battle, swapping positions several times on each lap.

At the end of lap 9 Coby carried more speed than the leaders out of the last hairpin onto the long main straight and managed to outbreak both drivers into the first corner to take the lead.

While doing everything she could to defend her position from the three karts in pursuit, the second placed driver ran wide and fell back into the chasing karts. 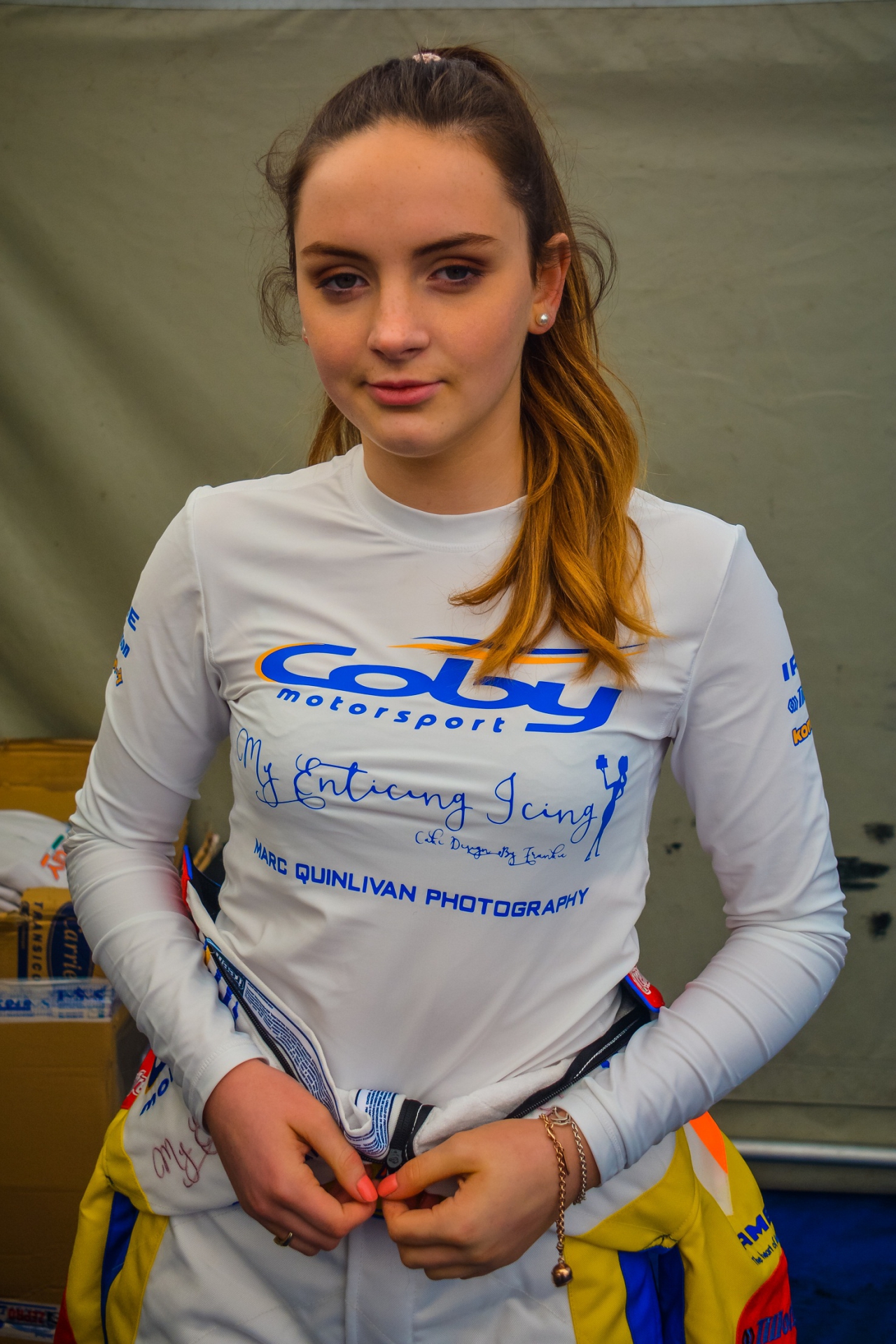 Alyx Coby after her win

This allowed Coby to pull away and take the chequered flag with a comfortable lead of almost two seconds.

This was Coby’s first final win in the X30 Junior class, although she had won a qualifying heat in the season opener in Cork earlier this year.

In 2015 Coby became the first girl ever to win a final in the Cadet class, going on to win three finals that year and with this latest victory she is also the first female race winner in the X30 Junior class.

That race victory placed Coby on pole position for the second final, which would also see the winner presented with the Southern Karting Club’s coveted All Ireland IRL plate trophy.

After her strong showing in the earlier races she was sure to be in the running to take it home with her.

A great start allowed Coby to maintain her position at the front for the first lap before dropping back to second place on lap 2.

Once again, it was a close battle over the next few laps with the positions changing almost at every corner.

Coby managed to regain the lead with a great pass up the inside at the hairpin on lap 5 before dropping back one spot on the next lap. Over the following four laps Coby raced wheel to wheel with the leader before making a move round the outside on the way into the esses to take back the lead with just three laps remaining.

Having to defend heavily at the start of the final lap Coby took a tight line into the first corner which meant she ran wide on the way out of it, allowing the chasing driver to slip back through into the lead.

She had two attempts to regain the lead before the chequered flag, but they proved unsuccessful and she crossed the line just four tenths of a second behind the leader. A post-race five second time penalty for a dropped nose cone would demote Coby to third place.

Coby’s performance at the event has seen her rise to second place in the Motorsport Ireland Karting Championship on 324 points, just 12 points off the top spot and 59 points clear of the driver in third place.

With a prize of a trip to compete at the IAME X30 World Finals at Le Mans in France on offer for the top three finishers in this year’s championship, Coby is doing all she can to make sure her name is on one of the tickets. The Championship moves on to Nutts Corner Circuit in Northern Ireland at the end of July.