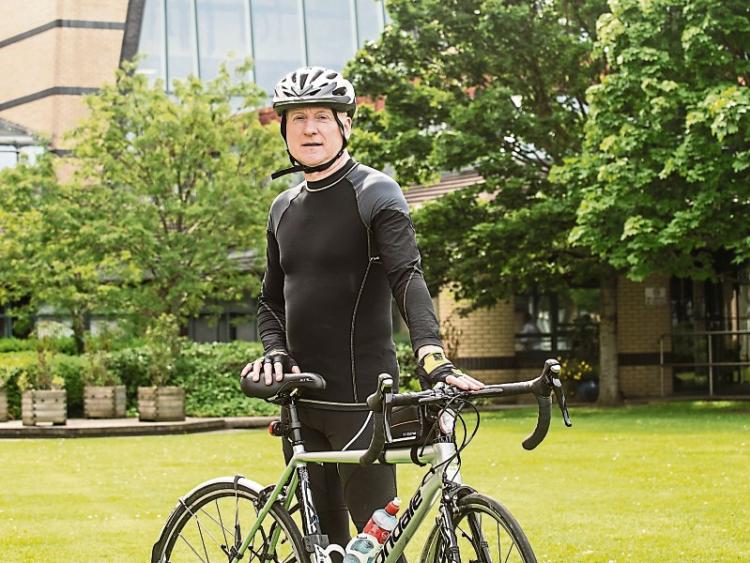 A consultant cardiologist at Tallaght Hospital is set interrupt a marathon cycle of the length and breadth of the country to hold a cholesterol testing session in Kilcock.

It’s part of an effort by Professor Vincent Maher to get a conversation about heart health going and ensure that everyone knows their cholesterol number.

During the cycle he hopes to raise awareness and much needed funds to support a cholesterol management centre in Tallaght Hospital.

As part of the cycle he will also be undertaking cholesterol tests to try and get a gauge on the ‘national number’ for cholesterol in Ireland and he will be visiting the Sammon Group in Kilcock on Sunday, July 9 between 10pm-1pm.

Professor Maher will be joined by a number of his colleagues on the inaugural 10 day cycle of the length and breadth of Ireland.

The cross-country cycle will begin at Malin Head at 4pm June 30th 2017 and will take in Enniskillen, Athlone and Mallow before reaching Mizen Head at the end of day five, Wednesday, July 4 where there will be a rest period.

The second leg of the cycle will depart on Friday July 7 from Dooagh on Achill Island, travelling to Claremorris, Castlerea, Mullingar and Kilcock, before finishing in Dalkey on Sunday, July 9, 10 days after it begins.

“As my first major cycle I am approaching this challenge with some trepidation but also a lot of determination,” Professor Maher said.

“Irish society is facing an enormous challenge to raise awareness of cholesterol and the health threats it presents for many people. Put quite simply, many people who are at risk are unaware of their situation. This is why it is important to educate people about their health and how to look after themselves.

“On this cycle, we will be visiting all corners of Ireland to meet the general public and also to raise money for a dedicated research centre at Tallaght Hospital.

“It is hoped that we in Ireland can replicate the extensive national research studies that have been done in places such as England in order to better inform us about the health challenges we face.”

Professor Maher co-founded Ireland’s Heart Watch programme and is formerly a Medical Director of the Irish Heart Foundation and President of the Irish Association of Cardiac Rehabilitation.

Since 2004, Professor Maher has also been Cardiology advisor to the FAI.