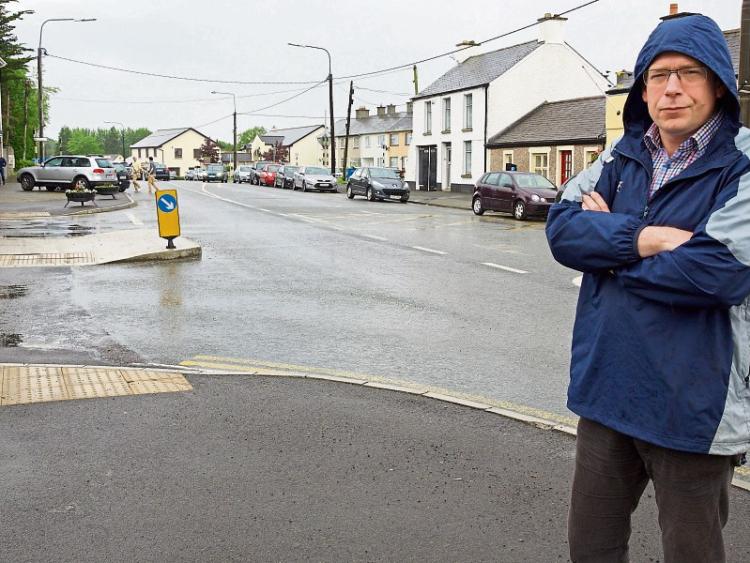 Cllr Scully concerned at effect of cycling lanes on traffic.

A Naas councillor is concerned that proposed cycle lanes could damage the prospects of either a sale of or the potential success of the Naas Shopping Centre.

Speaking yesterday afternoon at the monthly meeting of Naas Municipal District Cllr Darren Scully - who is also the chairman of the Council’s Cycling Forum - said the shopping centre would, if finally completed, have 740 car parking spaces and that it would be vital to ensure that cars could access the shopping centre easily.

He argued that shoppers were more likely to arrive by car than by bicycle.

The councillor had put down a motion to the meeting that officials should outline the implications that the proposed Kilcullen Road cycle lanes would have on the shopping centre.

The narrowing of the street, as a result of the cycling lanes, was a concern to him.

His ire was raised by the official response from officials that they would raise the matter with a consultant who has been engaged to work on the cycling lanes and that he woudl “consider the issue”.

And at the meeting another council official told him that the point of cycling lanes was to make cycling commuting safer.

Both Cllr Scully and his colleague Cllr Seamie Moore told the meeting that this response “missed the point”.

“Bad planning decisions have decimated the centre of Naas. We need to make sure that we can get cars into the shopping centre with ease,” Cllr Scully said.

He noted that the traffic management could have an implication with potential investors in the centre.

Both councillors were conscious of the significant road works necessary to ease access to the potential shopping centre, including removing the old railway bridge and opening up the laneway at Sarah Floods.

Cllr Moore in particular felt that these roads works should commence now, anyway – and that the issue should have been addressed a long time before now.

Cllr Scully said he feared that if it was not easy for motorists to get into the shopping centre that they would simply not bother visiting Naas.

He called for the consultant to attend the next meeting.