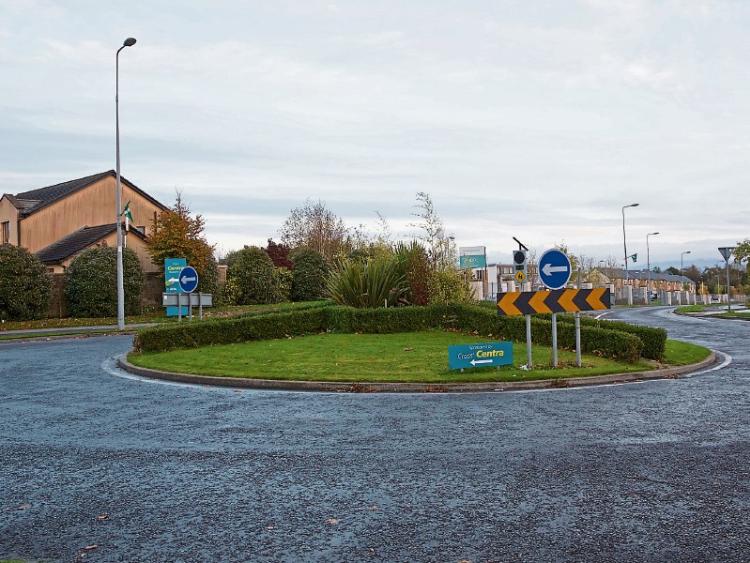 The Roseberry roundabout, which would see increased traffic as a result of new development

Major changes have been proposed for a massive new development in Newbridge with the number of proposed houses cut from 385 to 364.

The developers have also proposed to redesign and relocate the planned creche and axe all apartment units to make way for houses in the Rickardstown plans.

Kildare County Council had asked the developer to supply further information and this was lodged on June 8.

Tom O'Brien (Appointed receiver over specified assets of Declan Gardiner) wants to build this huge development at Rickardstown and Roseberry on the outskirts of the town.

However, there has been some reservations expressed by local residents. Some 45 submissions have been made on the plans, including Scoil na Naomh Uilig Parents Association, Sarsfields GAA club and various local residents associations.

The further information also revealed the developer plans to make changes for the overall layout, house types, design and mix including an increase in the number of two-bed homes, an increase in the amount of open space and alterations to the boundary treatments.

Changes have also been made to the plans in relation to road improvements including car parking and landscaping.

Those who made submissions on the original plans, can now make their views known to the council by July 12. A decision is expected on August 8.

This is one of a number of house plans proposed for the area.