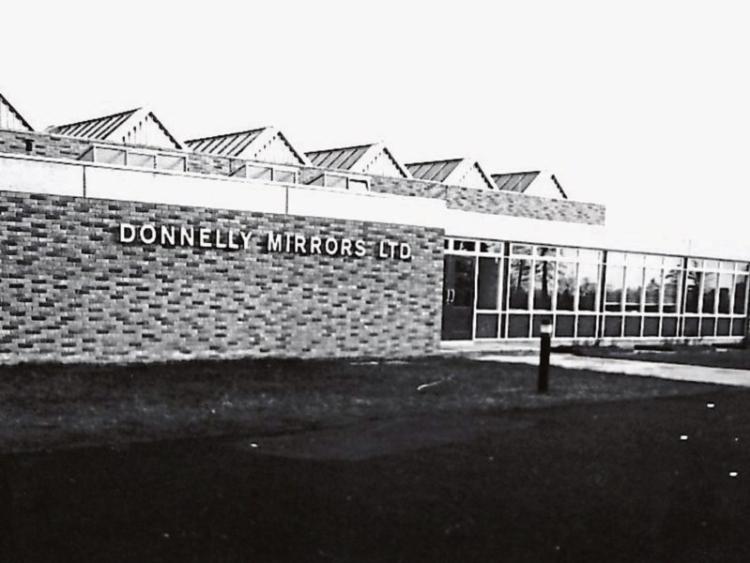 Up to 190 new jobs will be created at Donnelly Mirrors Ltd, Naas, over the next three years, the Leinster Leader reported on 22 May, 1997.

The massive employment boost is a result of a new investment proposal with IDA Ireland which will see employment at the factory rise from 324 to 514.

The majority of the positions will be in manufacturing, thereby providing employment opportunities for school leavers and people with technical experience.

Recruitment and training for some of the new production jobs has already begun.

The expansion was announced on Monday by the Minister for Enterprise and Employment Richard Bruton who described it as “A huge vote of confidence by the US parent company in the commitment and skills of the local management and workforce”.

The company, established in 1968, produces a range of automotive mirrors for the international auto industry. Sophisticated electronic mirrors are produced for European, American and Japanese car manufacturers.

READ MORE: Donnelly Mirrors 'was like nothing else we'd seen before' (Feature on 10-year reunion)

News of the jobs bonanza was warmly welcomed by Sean O’Gorman, President of Naas Chamber of Commerce. “We have a very large young population coming up and it’s important to target them,” he said.

Cllr. Charlie Byrne, Chairman of Naas UDC, described the initiative as “very welcome” and said, “It shows that Naas is the town to come to.”

And Minister of State Emmet Stagg described it as “marvellous news for Naas and County Kildare.”

*Donnelly Mirrors, which was a huge employer in Naas, shut its doors in 2006.