Two Kildare lads set to be Rose of Tralee escorts 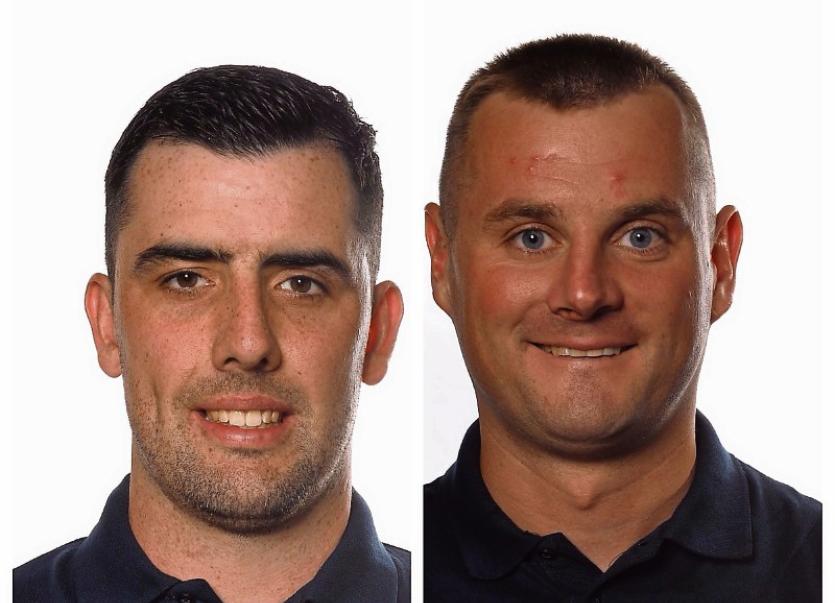 Two Kildare lads will have the most-envied job in Ireland later this summer, as they’ve just graduated the ‘Rose of Tralee Escort’ bootcamp.

The Lilywhite duo were selected to be among the 64 official Rose Escorts at this year’s Rose of Tralee International Festival in August.

Conor Galvin (25), from Newbridge, and Anthony O'Donoghue (29) from Celbridge, who already came through an interview process at the Glen Royal Hotel in Maynooth in April, were put through their paces over the Bank Holiday Weekend at the annual Boot Camp along the Wild Atlantic Way in Kerry.

They had to pass a number of endurance tests and team-building exercises before they could graduate as fully-fledged Rose Escorts.

While some may think the job of a Rose Escort is just to hold handbags and guide the ladies up and down steps, the Festival organisers obviously want to make sure the chaps are able to cope with whatever is flung at them during their busy week in Tralee.

The prospective Escorts had to carry out a range activities including a hike over Mount Brandon - Ireland’s second highest mountain - cliff diving, water-skiing, cycling, turf-footing, abseiling, kayaking, surfing, ironing and sewing –  in order to prove they will have the stamina to be a Rose Escort.

One of the 64 gentlemen will be selected as the Rose Escort of the Year live on RTÉ One on Monday, August 21.