550 pupils get a glimpse into the world of horseracing 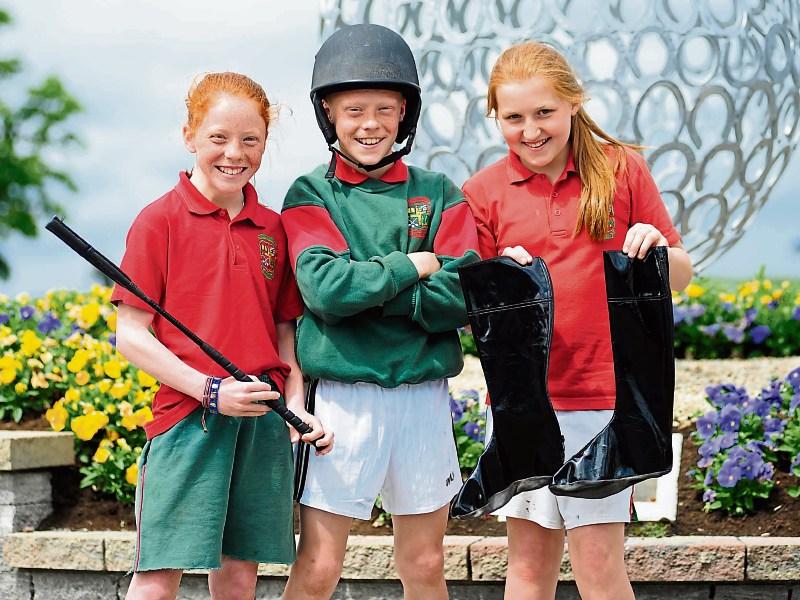 Pupils from Scoil Bhride Primary School, Milltown at The Curragh this morning

Evan Arkwright, Commercial Manager at The Curragh Racecourse, commented: “We really enjoyed entertaining so many enthusiastic children from the locality this morning.  It is important that we help develop a strong awareness amongst children who are living close to the racecourse so that they appreciate how much The Curragh racecourse and training grounds contribute to Ireland’s position as one of the world’s foremost horse racing nations.

“The Curragh has started an exciting journey as the development moves forward and it is hugely important that we work on a variety of initiatives aimed at the local community who we hope will play an important role in the changes that will take place over the next two years, in advance of the completion of the new complex in early 2019.”

READ MORE: Check out the new look Kildare racecourse for the 2017 season

The activities aimed to educate school children about racing and show them what happens behind-the-scenes at the racecourse.

The children met with Curragh racetrack foreman, Pat Webb who took them onto the track and explained how the team prepares for a raceday. 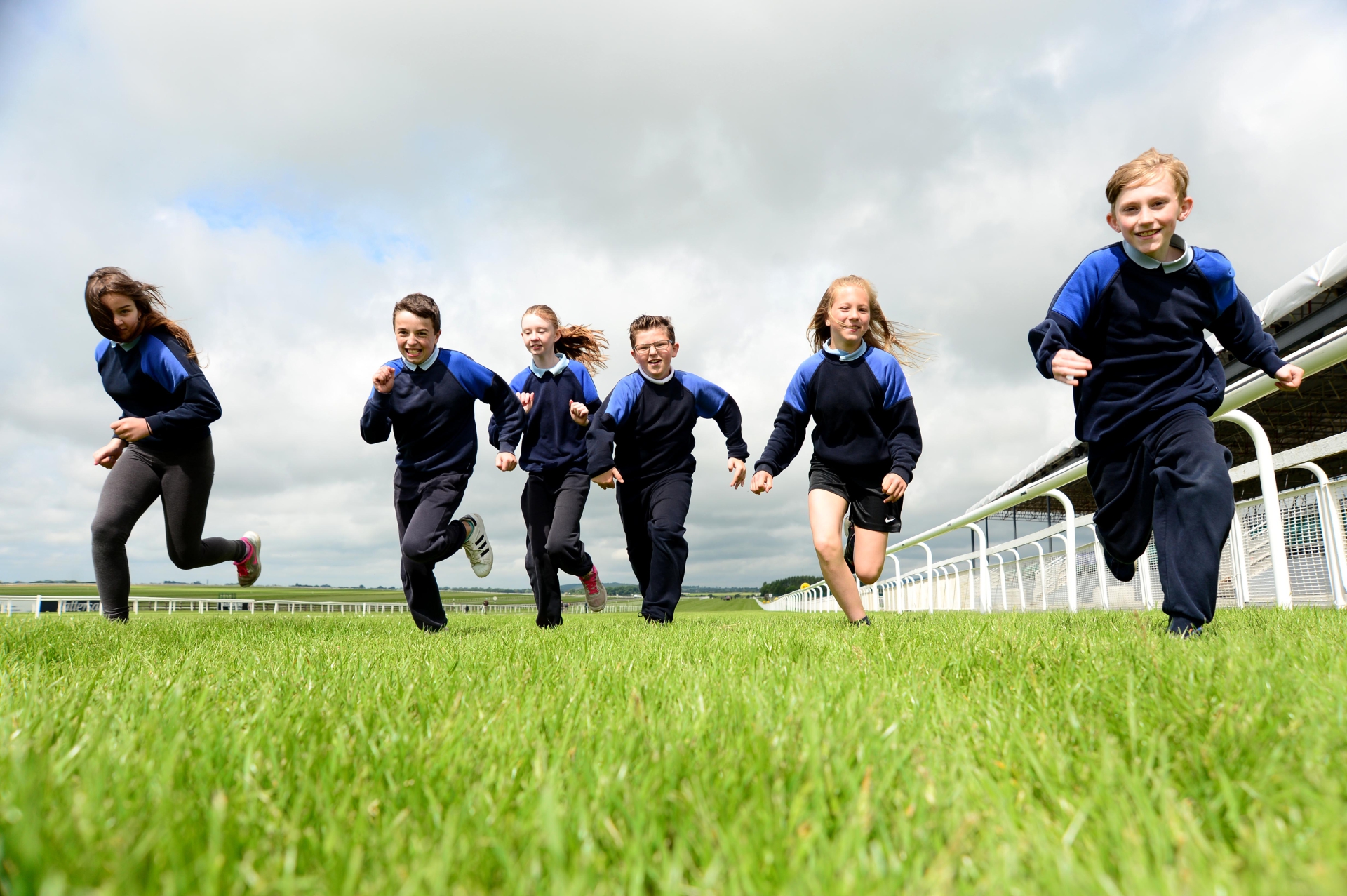 Over 500 children enjoying their morning at the racetrack.

The children also received demonstrations from RACE (Racing Academy & Centre of Education), using the racehorse simulator, and were shown how to ride a racehorse.

Local trainer Dick Brabazon spoke to the children about his day-to-day routine and life in racing and introduced them to racehorse Korbous, whilst former Irish Grand National-winning jockey Paddy Flood gave the children an insight into his racing career, and his many successful wins in the saddle.

Paddy also explained about the safety equipment jockeys must wear.

All the pupils received a ‘Go Racing Kids’ Club’ goodie bag at the end of the day which included complimentary tickets to go racing at The Curragh at the Junefest mid-summer race meeting on Saturday 10 June.

Each pupil has been asked to write about their experience at The Curragh with the winner announced at the Junefest raceday. 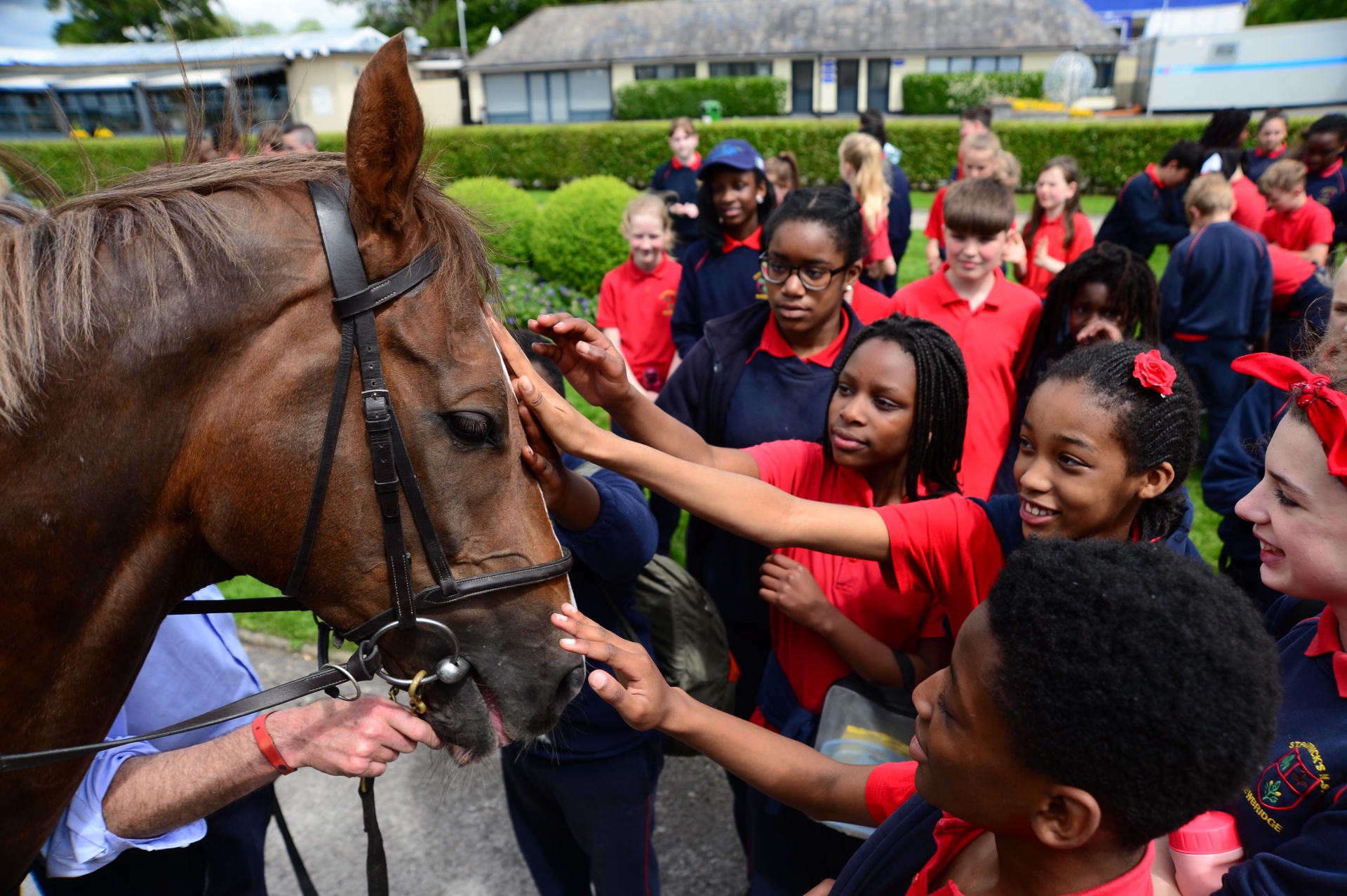 Pupils from St Patricks National School, Newbridge at The Curragh this morning 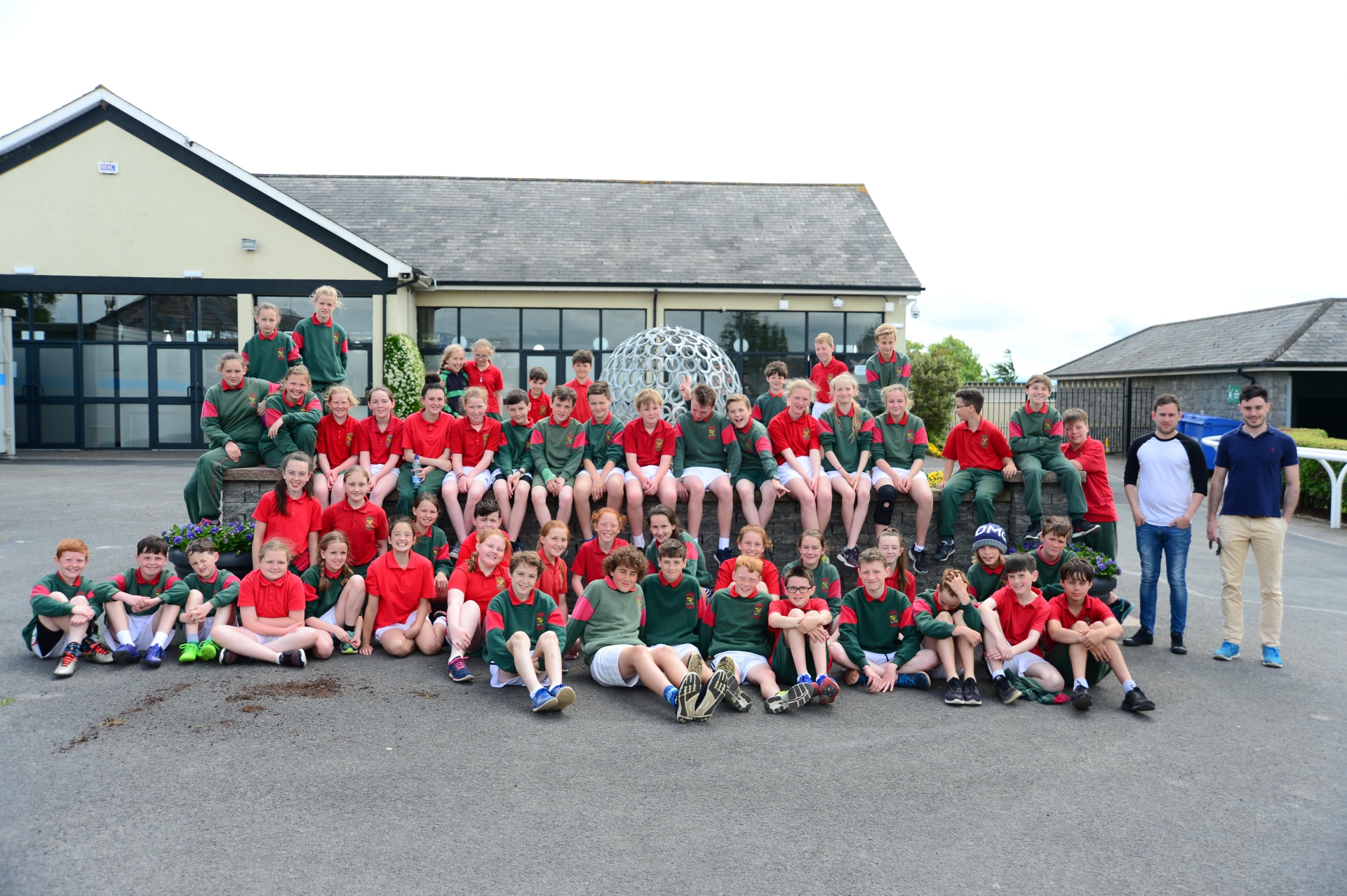 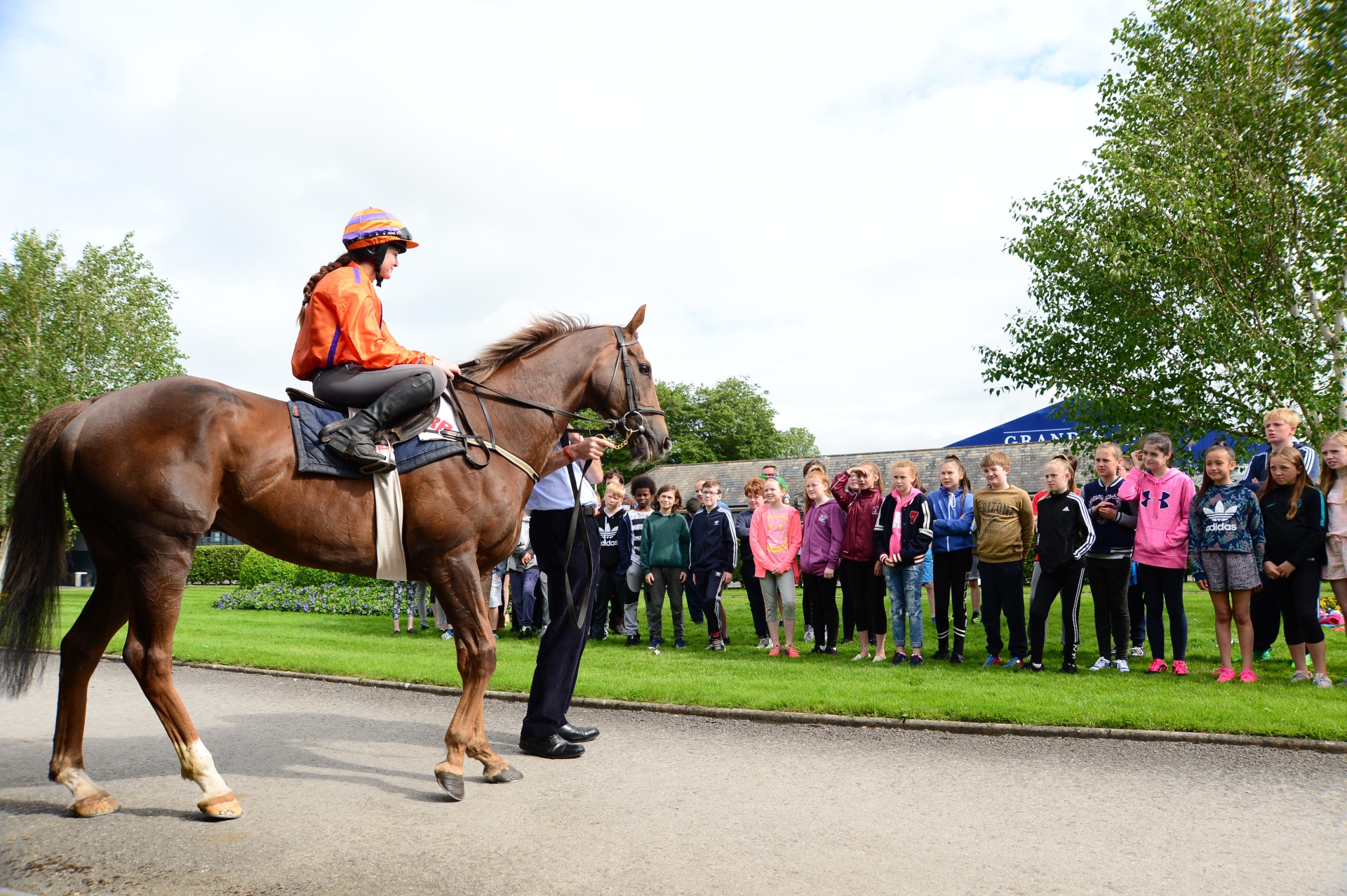 Some of the action from the Curragh today 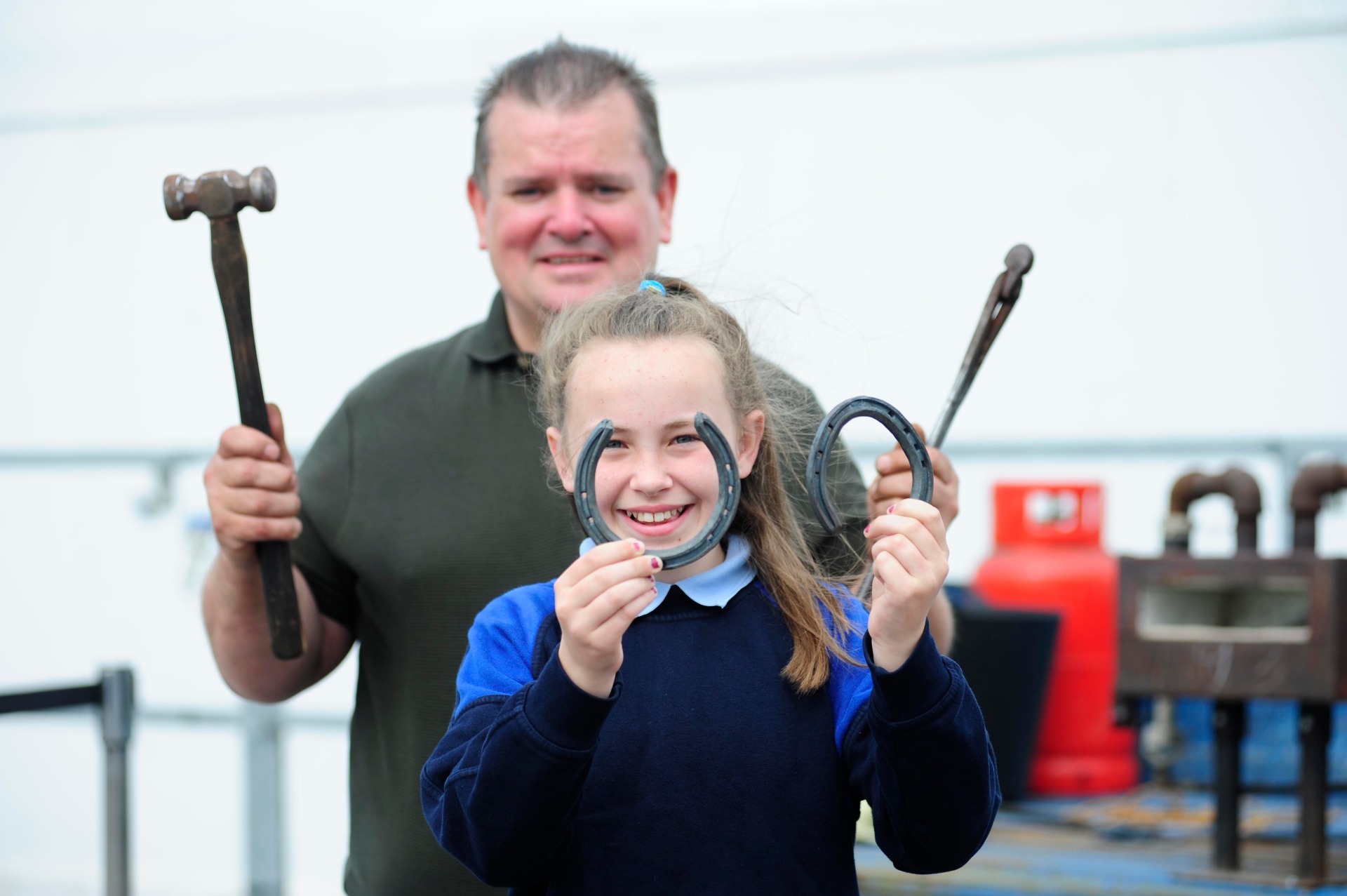 Farrier Eddie Shannon demonstrating how to build a horseshoe