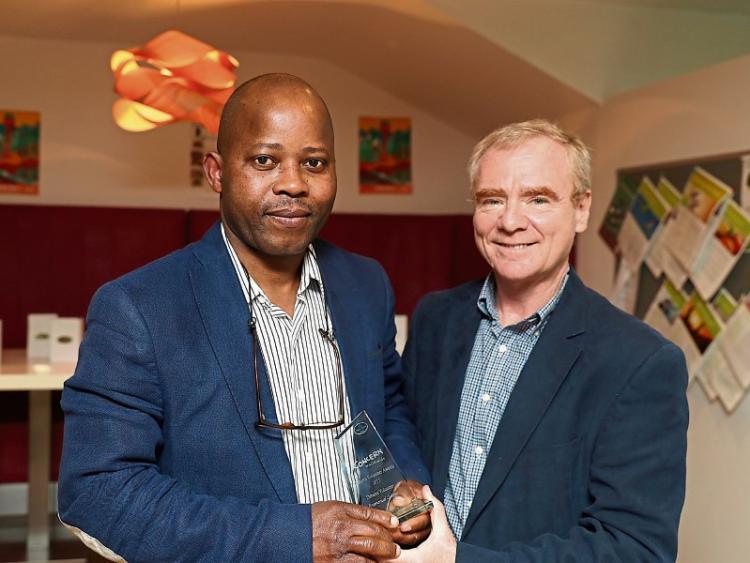 An Athy man has been honoured at the Concern Volunteer Awards 2017.

Emmanuel, who is originally from Nigeria, received the Debates Award at the ceremony, which took place at Concern's head offices in Dublin last Saturday (May 27).

His daughter Barbara became involved as an adjudicator also in recent years.

Speaking at the ceremony, CEO of Concern, Dominic MacSorley, said Emmanuel 'embodies the true meaning of selfless volunteerism and is a worthy recipient of this award.'