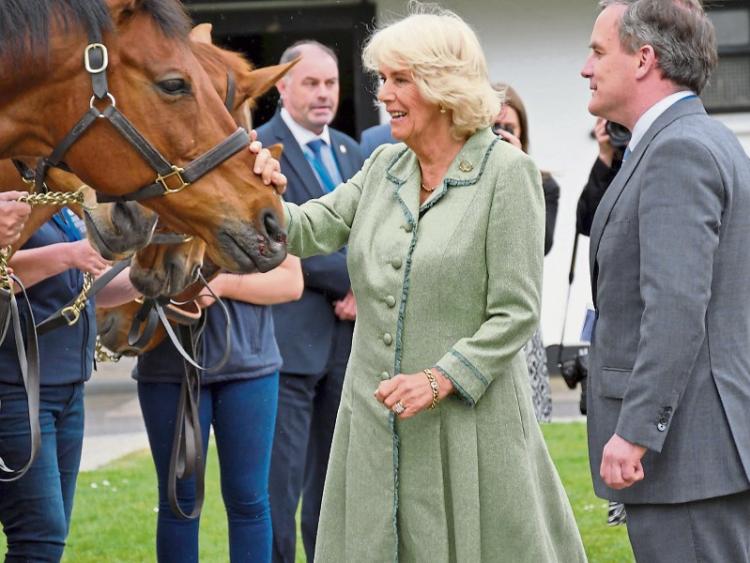 The Duchess of Cornwall was a recent visitor to the National Stud which was broken into.

Gardai believe raids on two local studs may be linked, with hundreds of euros of equipment and tools stolen.

Between 6pm on Wednesday, May 24 and 7.30am on May 25, a shed was broken into on the grounds of the Irish National Stud near Kildare town. The gates were rammed to gain entry and a large amount of horse collars and power tools were taken.

The haul was worth a significant sum and included drills, kango hammer, skill saws, circular saws, and angle grinders.

A stud at Maddenstown was also targeted between 4pm on May 24 and 8am on May 25.

A shed was broken into and eight bags of horse pellets were stolen along with €300 worth of diesel. The locks were cut to gain entry. Anyone who noticed anything suspicious in the area at that time are asked to contact Kildare Garda Station.