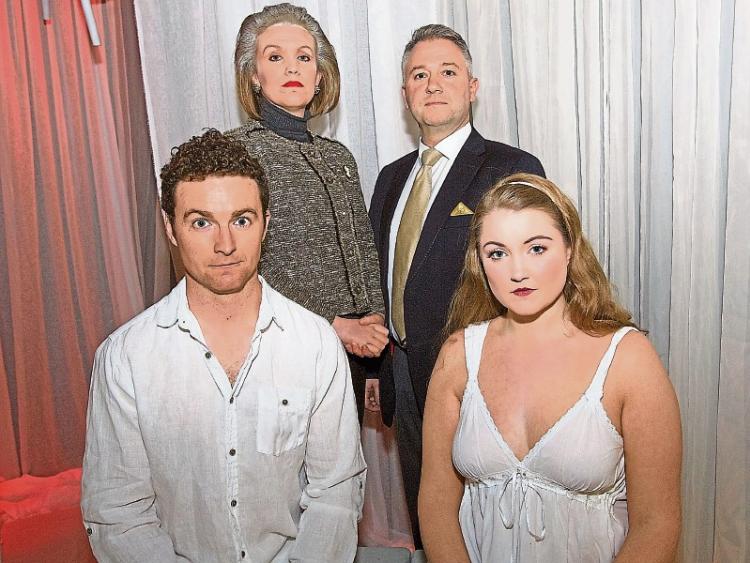 Prosperous Drama Society, which came third in the All Ireland Drama finals in Athlone in recent weeks is set to celebrate its centenary in the coming weeks at the national theatre.

The group, who brought their production ‘The Play about The Baby’ by Edward Albee to Athlone, won the Abbey Theatre Award, which means that it will be put on in the Peacock stage in the Abbey for three nights, all of which are now sold out.

“This is a real honour for the group, and to receive it in the year that marks 100 years of drama in Prosperous, makes it extra special,” a spokesperson said.

“We do this as a hobby, so to get the chance to be in our national theatre is spectacular for us.”

They will present their production, which features Robert Massey, Amanda Ryan, Ashleigh O'Neill and Jimmy Murphy  in the Abbey this coming weekend, Thursday, Friday and Saturday, June 1 to 3.

While all three evening shows are booked out, there is still some availability for the matinee show on Saturday, June 3 at 2.30pm. To book, click here.

The play features two couples, one younger and carefree, the other older and cynical, who try to teach the younger pair a bout the unfairness of the world.

The Society has had numerous successes over their 100 years, and in the past number of years they have rarely not made it to the All-Ireland finals in Athlone.

And they weren't the only Kildare club doing well in Athlone. In fact, while the first place in Athlone went to the Dalkey Players, Naas’s Moat Club came second with ‘The God of Carnage’.

The club had won seven out of the eight festivals they contested in the run-up to the All-Ireland finals. And they came second in the other one.

Read more: From Prosperous to Monaco