Says she and daughter have nowhere else to go 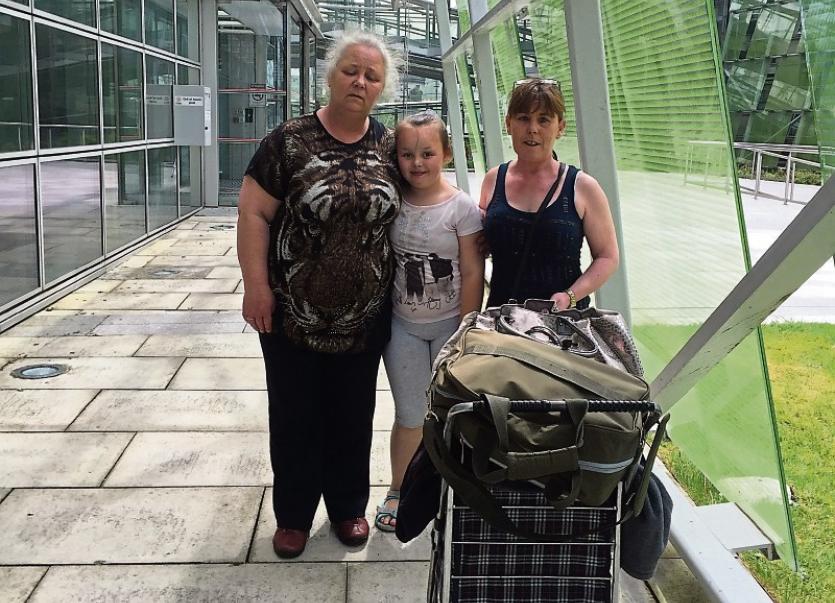 Eileen Doran, left, her daughter Savannah and Aisling Merriman of People Before Profit.

A homeless woman is today refusing to leave Aras Chill Dara, until Kildare County Council finds a solution for her.

Eileen Doran told the Leinster Leader this afternoon that she and her daughter Savannah had been staying with a family member until recently, but that it is not possible for them to stay there any more.

When she approached the council this time last year, she was encouraged to stay with the family member, and today she claims that a housing officer told her the same thing.

She was told that the Council had nowhere to put her.

However, she says she has nowhere else to go, and pointing to her little shopping trolley, she said that all of her belongings were in it.

Aisling Merriman of People Before Profit who is helping Ms Doran revealed that the council informed her that they don’t even have a B&B or hotel room to send her to.

Ms Doran had been given a house in Prosperous before but it was damaged in an arson attack, she claimed.