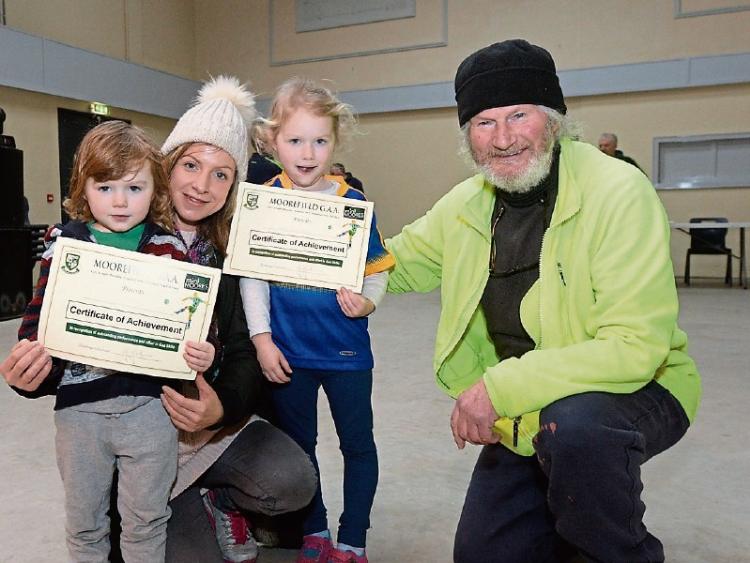 A Kildare woman took to the national airwaves earlier this morning to talk about her embarrassing, but cherished memories of her dad bringing her to Slane to see Guns N Roses 25 years ago when she was just 14.

The tables have turned, and Evelyn Moyles Sheehy has returned the favour by surprising her dad Oliver with tickets for his 70th birthday for tomorrow’s concert.

She told Hector on the Ian Dempsey Breakfast show on Today FM about the experience and the Leader caught up with her to find out more.

Evelyn explained how she loved the band and begged her dad for tickets to Slane in 1992 for her birthday.

She said she was thrilled when he eventually agreed, and told all her friends in the Cross and Passion she was going.

“Then he told me, he was going with me, and I was mortified,” she said.

She described how her family were running The Rising Sun pub in Brownstown at the time. The customers weren’t too impressed with Oliver’s concert attire and he got loads of slagging.

Departing for Slane from outside the PBS in Newbridge on one of Foster’s coaches, she described the scene as she boarded the bus with her friend, Rachel Monaghan.

“We wanted to sit down the back but he insisted we sit up the front. Everyone on the bus was smoking and snogging, and he was sitting up wearing white socks pulled up to his knees, white shorts, purple runners and a purple polo shirt. I think he did it on purpose. He had a picnic basket sitting up on the seat beside him. He talked to the driver the whole way up, we were so embarrassed,” said Evelyn.

“So when we arrived there. We had loads of stuff, bottles of white and red lemonade, the cooler box, and they wouldn’t let us bring in half of it.”

After some persuading, Oliver was allowed to bring in two flasks of tea and sandwiches.

Evelyn recalls how her dad flung down a tartan rug on the ground, and sat down urging the girls to come back at regular intervals.

“There were no facilities in the place back, then except for a few chip vans and people started coming up to him asking him could they buy a cup of tea. He said he didn’t want any money for it and gave them some anyway. There were loads of people sitting all around us, sharing the tea, and we had a fantastic day,” she said.

“People think ‘oh it was probably a rough crowd’ but it wasn’t. The people were lovely, we were sitting up talking to a bunch of lovely bikers.”

Evelyn said it was the best concert she was ever at. Tomorrow, she will be joined by her dad, her husband Darragh, and her friend Aoife Duane to see Axl strutting his stuff.

The Curragh native explained how her dad had been hinting at looking for Guns N Roses tickets when they went on sale. The family wanted to surprise him with the tickets for his 70th birthday in April so they had a tough job keeping it a secret until then.

“He was thrilled when we told him. He can’t wait. He is a big fan, I didn’t realise it back then but he really likes their music. He even has a Guns N Rose t-shirt and his hair is a bit longer now and he has a beard so he definitely will fit in this time.”

Evelyn said he is determined to bring his flasks and sandwiches again this time around but the security staff probably won't let them into the venue.

One thing is for sure, she has the same tartan rug ready for the return to Slane.