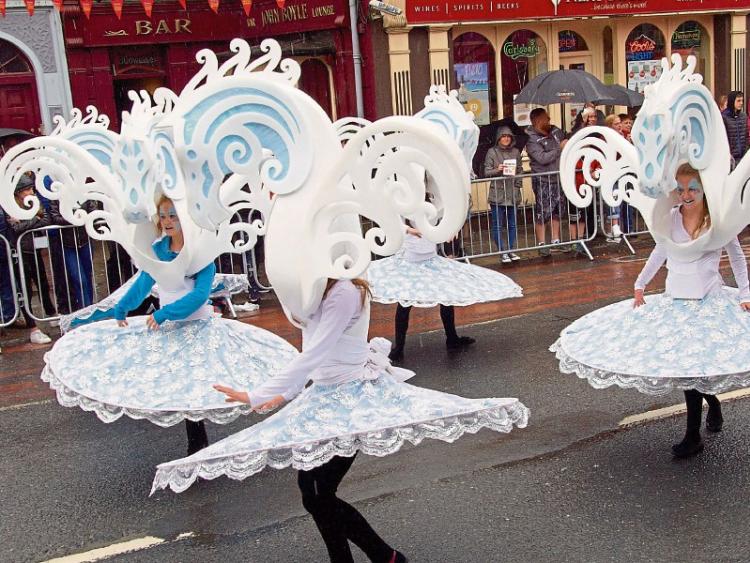 Some of the action from last years Kildare Derby Festival parade

A total of €21,800 has been awarded to festivals in the Kildare Newbridge Municipal District (MD).

The grants were approved at last week’s council MD meeting.

Athgarvan ICA Guild is to receive €600 to run a regular knitting and crochet circle, while Gaelscoil Mhic Aodha is being given €500 for a fun run/family day on May 21.

Kildare Chamber of Commerce was awarded €1,200 to hold the annual Halloween Festival/Spooky Sunday.

A total of €1,800 was approved for the Kildare Derby Festival, and €400 was granted to the Filipino Community for their St Patrick’s Parade entry and Newbridge festival.

Le Cheile Rosconnell Newbridge is to recieve €1,200 for the Rosconnell Summer Festival, while LBCD Community Alert was awarded €400 for catering facilities for outdoor activities and activities in general.

A sum of €900 is to be given to Milltown Tidy Towns Committee fro a celebratory festival at the 200th anniversary of St Brigid’s Church.

Solas Bhride is to get €800 for the Feile Bhríde festival.