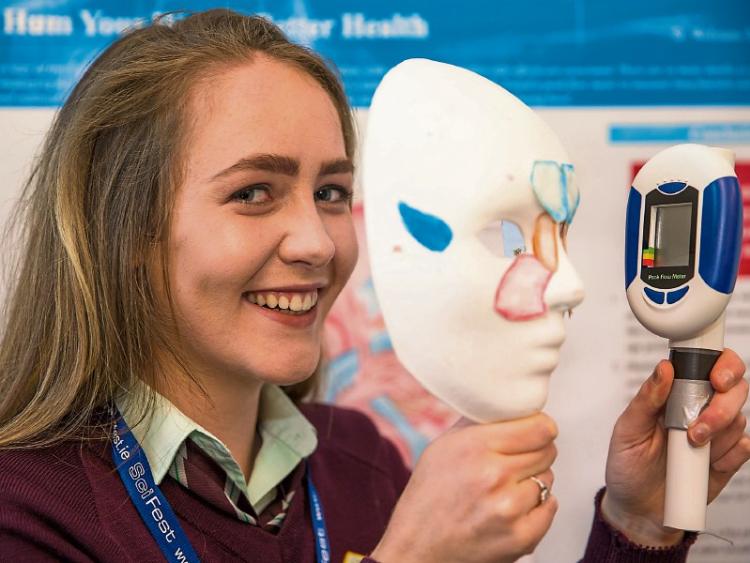 The sixth year pupil at St. Wolstan’s Community School, Celbridge won a cash prize of $1,500 and will have an asteroid named after her.

Caolann secured her place at the international competition when she won the top award, the Science Foundation Ireland Intel ISEF award, at the SciFest 2016 national final last November.

Her project focussed on the natural treatment of asthma through humming and breathing techniques.

Caolann was born with asthma and has suffered many asthma attacks which were treated by Ventolin.

This sparked her interest in the area and led to her award-winning project ‘Hum your way to better health’.

Research has shown that the ventilation of the paranasal sinuses (inhaling and exhaling) increases greatly when a person practised specifically defined humming techniques.

Caolann set about exploring whether these techniques could also improve lung function by conducting a series of experiments with 175 participants.

Her results indicated that the prescribed humming technique improves lung function across a range of ages, genders and breathing capabilities by an average of 10%.

Speaking about her award, Caolann said: “The ISEF experience has been absolutely amazing. I got the opportunity to meet people of my own age from around the world who have done some incredible work across a huge variety of areas.

“I really enjoyed presenting my project alongside theirs and also hearing from world famous scientists who have really encouraged me to develop my love of STEM.

I am very grateful to everyone at SciFest, including Sheila and George Porter for this opportunity, as well as all my family and my teacher Ms O’Callaghan, without whom none of this would have been possible.”