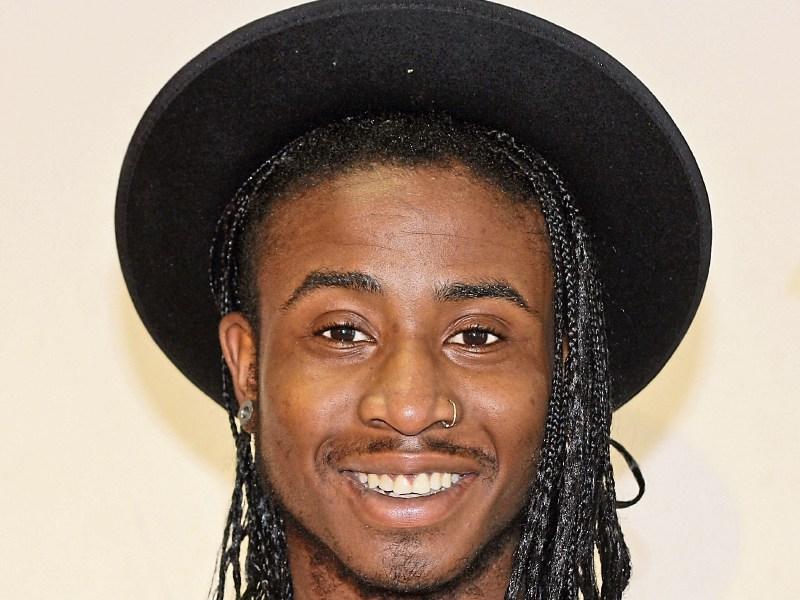 Three members of Kildare Youth Theatre are set to take a giant leap in their acting careers after they were accepted into top London acting colleges.

They will follow the likes of Hollywood star Michael Fassbender and Johnstownbridge man Damian Moloney who is being spoken of as a possible replacement for Doctor Who.

Jerry Iwu from Newbridge has been accepted to the BA Acting degree in Royal Central School of Speech and Drama; Sarah McCormack, also from Newbridge has gained a spot in the BA Acting degree course in the Bristol Old Vic and Alec Delaney from Suncroft, has secured an offer from both IADT BA in Film and Television Production and from UAL BA Film and Television in London. 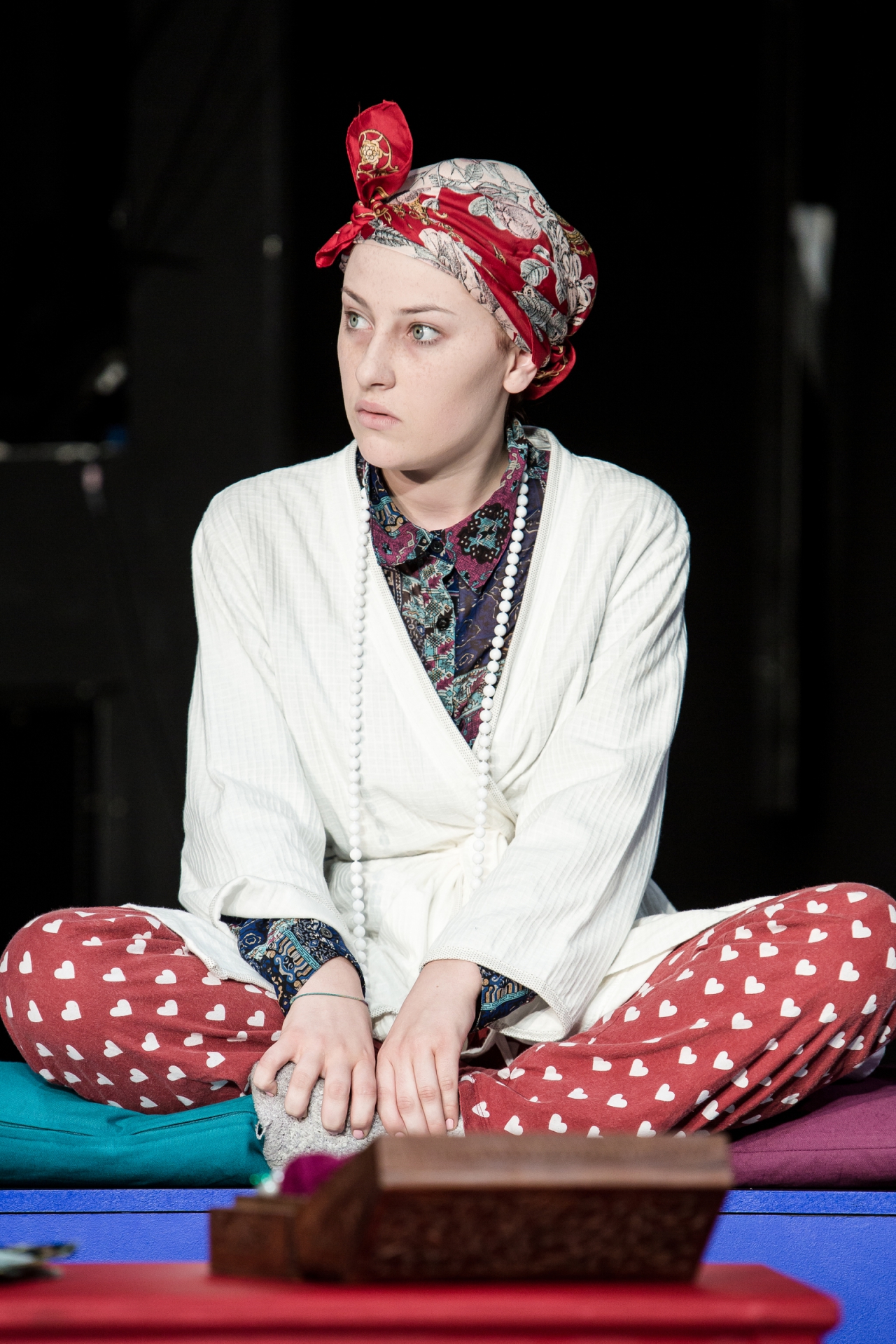 Sarah McCormack in 'Hospital Food' in the National Theatre, London

Their success, Peter Hussey of Kildare Youth Theatre explained to the Leinster Leader, means that they are well on their way to huge success in theatre, film and television.

“There’s maybe 35 or 40 colleges offering these courses in London,” he explained. “But if you want to be where the top agents are looking, you need to be going to one of these.

“You could have 5,000 people auditioning for 16 places. The young people were over and back for five rounds of auditioning. Some people go back year after year.”

Mr Iwu told the Leinster Leader that “when I found out, I was just finishing work. My initial reaction was to scream. My manager, colleagues and customers looked at me as if I had lost my mind.

“After that, I ran home to inform my family.

“To be honest, I'm still in disbelief. It’s been three years of auditioning and flying back and forth to London, getting to final stages of these prestigious institutions and not getting accepted.

“Now I've gone from 5,000 applicants to a class of 18 in one of the best universities in London and arguably the world.”

He paid tribute to Peter Hussey. “Without a shadow of a doubt, the one person that I couldn't have done it without is my director, Peter Hussey. He assisted me every step of the way, between going with me to London and working technically on monologues, understanding, imagery.

“I am excited, nervous and ready to see what the future holds for me.” 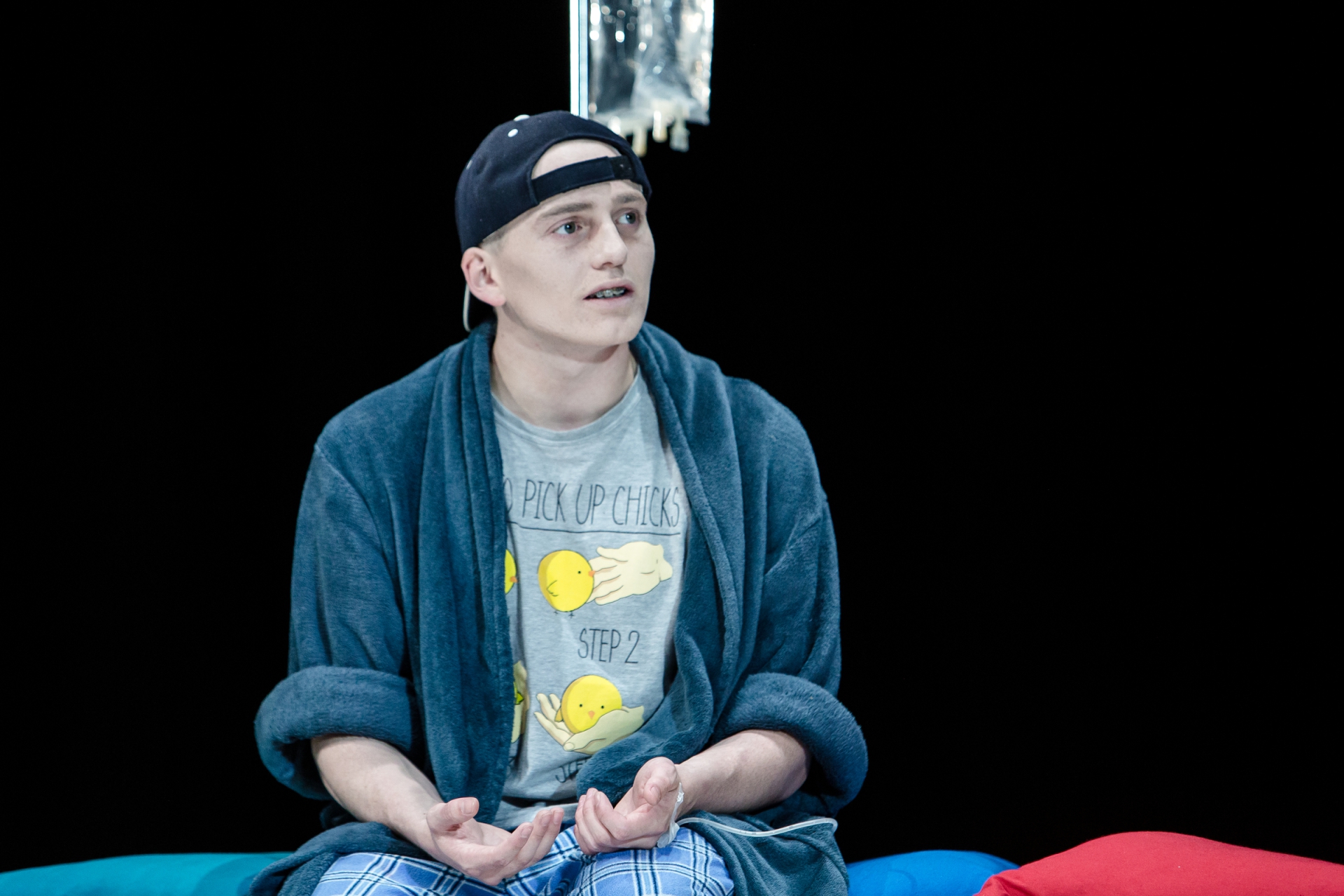 Alec Delaney in 'Hospital Food' in the National Theatre, London.

Mr Hussey encouraged any young person who wants to join KYT to do so.