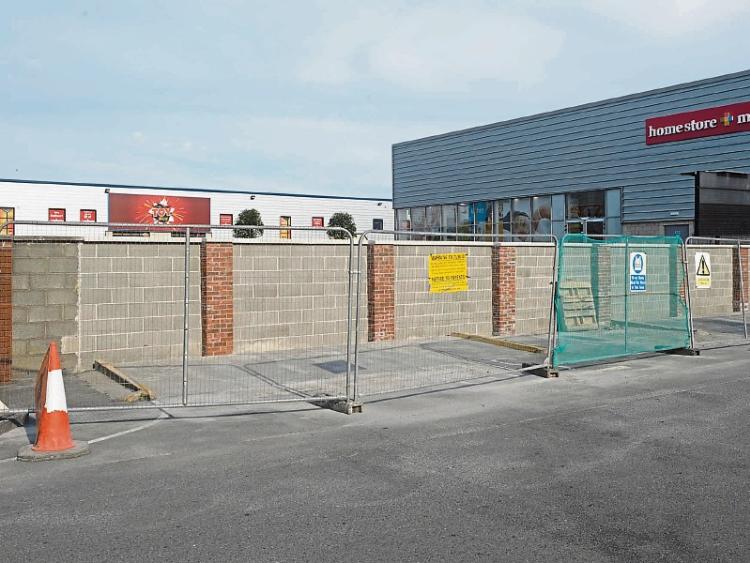 The wall when it was being built

Dunnes Stores has got the go ahead for the revamp of Newbridge Shopping Centre, however there was no mention of the 'Great Wall of Dunnes' in the decision.

In two previous requests for information, the council’s planner asked the company to submit plans to demolish the wall to reopen the access point from the centre to Newbridge Retail Park.

Dunnes held it’s ground and refused, accusing the council of acting outside it’s parameters in its dealings with the planning application.

However, last Monday's decision includes 37 conditions, none of which mention the controversial wall.

Cllr Paddy Kennedy (Ind) expressed his disappointment at the news. He had pushed for the gap to be reinstated along with his fellow councillors in the Municipal District.

“I cannot understand how it’s not even mentioned in the decision. I am very disappointed and I think it is affecting the traffic situation,” he told the Leader.