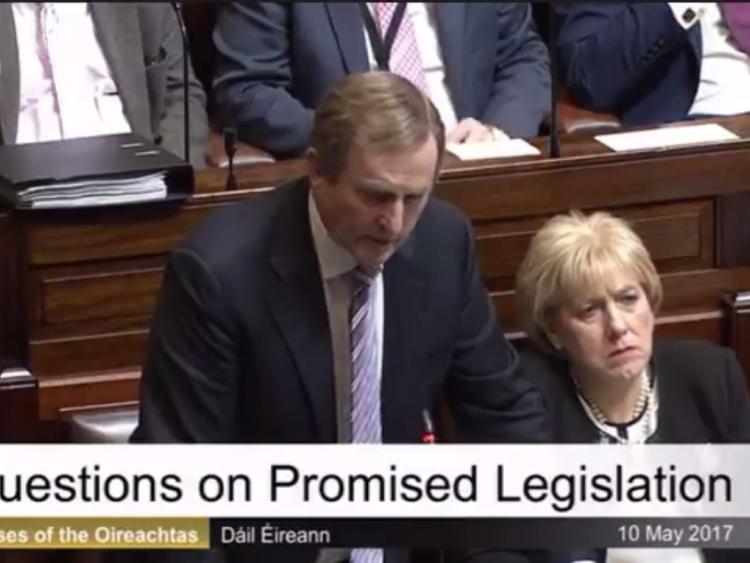 Taoiseach Enda Kenny has said he thought the Greenway along the Grand Canal from Dublin to Sallins “would have been completed by now”.

Responding to a query from local TD James Lawless, he admitted that while the Greenways had been a “wonderful success”, progress was “a bit haphazard”.

Speaking in the Dail on May 10 Deputy Lawless called on the Taoiseach to intervene to ensure progress on the Sallins and Naas Greenway.

He that he had been been told that the project was “not a priority”.

However in his address to the Taoiseach he noted "We have all heard of the success of the Wild Atlantic Way but we must not forget about Ireland's Ancient East. The greenways are a project that are yet to advance.

And he asked that Taoiseach to intervene to get the various “agencies to engage with each other and advance this project."

In his response the Taoiseach admitted that while the Greenways had been a “wonderful success”, progress was “a bit haphazard”.

“Money has been allocated to some schemes that have not been able to move because of objections of whatever.

He said he had had a meeting the previous day of the Cabinet sub-committee dealing with rural affairs and development and that one of the decisions from that meeting was that different Ministries should create a small sub-committee to put together the map of the “various blueways, greenways, old railway lines, Coillte trails or other areas, so money that is allocated can be spent on projects that are ready to go”.

“I look forward to the one on the Grand Canal,” the Taoiseach, who is a keen cyclist said.

“And I thought it would have been finished by now. I think sections of it have been paved and may be suitable for walking but not yet for cycling.

“Over a period of five to 10 years, we will have the entire country, North and South, as a brilliant opportunity for people to come and walk or run, or use buggies and bicycles.

“I expect that the co-ordination of the three Ministries should provide a real focus on getting money spent where we can, while hoping to deal with the problems that exist in other cases.”