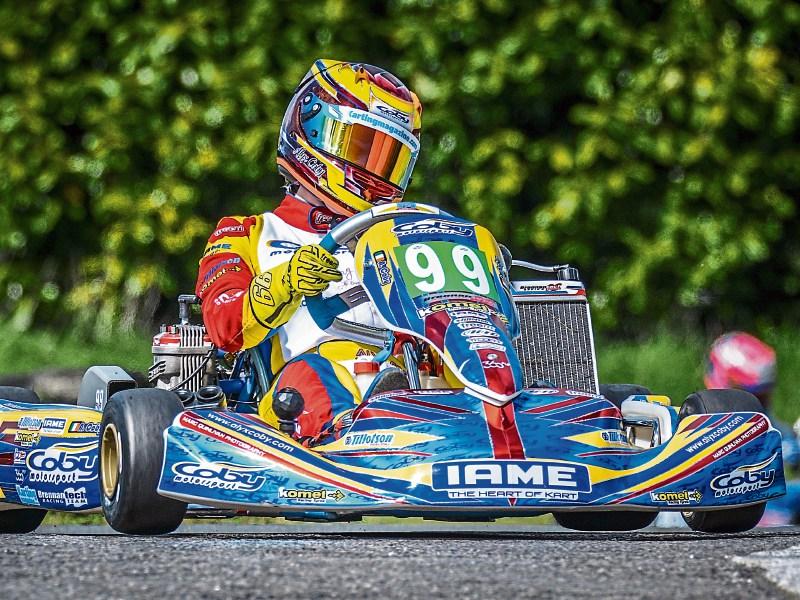 Twelve year-old Alyx Coby, from Newbridge secured her first podium finish of the season at Round 3 of the Motorsport Ireland Karting Championship in Athboy, Co. Meath last weekend.

The sixth class student from Gaelscoil Chill Dara is competing in the IAME X30 Junior class, which caters for drivers aged 12 to 16 and Coby is the youngest driver on the grid.

Coby got the day off to a steady start with third place finishes in both qualifying heats, placing her third on the grid for the first of the two finals.

Following a collision with the race leader at the first corner, Coby found herself at the back of the field. Fighting her way back through the field, she was challenging for fourth place on the final lap when a coming together at the hairpin dropped her to the back of the pack as the chequered flag dropped.

With the finishing positions from the first final deciding the grid order for the second final, Coby would start from the back of the grid.

After eight laps of close wheel to wheel racing Coby had made her way up to third place and set about trying to catch the lead two karts who had pulled out a seven second lead while the chasing karts battled with each other.

On the final lap, with just three corners to go, the lead two karts collided allowing Coby to close the gap on them. It looked like she might have been able to pick up at least one place, but with both drivers recovering Coby crossed the line just over a tenth of a second behind in third place for her best finish of the season to date.

This was not Coby’s first sporting success this year. After taking up karate just over 12 months ago as a way to improve her fitness following her move up to the larger, heavier and faster IAME X30 Junior karting class, she soon fell in love with the sport, training five days a week with Newbridge Kenpo Karate Academy.

At the beginning of April she travelled to Loures in Portugal to compete in the International Karate Championships – her first international tournament – and came home with two gold medals for both Individual and Team Sparring and a bronze medal for Form.

Following her podium finish Coby has moved up to third place in the Motorsport Ireland Karting Championship on 240 points, nine points off second place and just 15 behind the Championship leader.

With a prize of a trip to compete in the IAME International Finals at Le Mans in France in October for the top three finishers in the Championship, Coby will be doing all she can to retain her top three position when the championship moves on to Tynagh, Co. Galway in June. 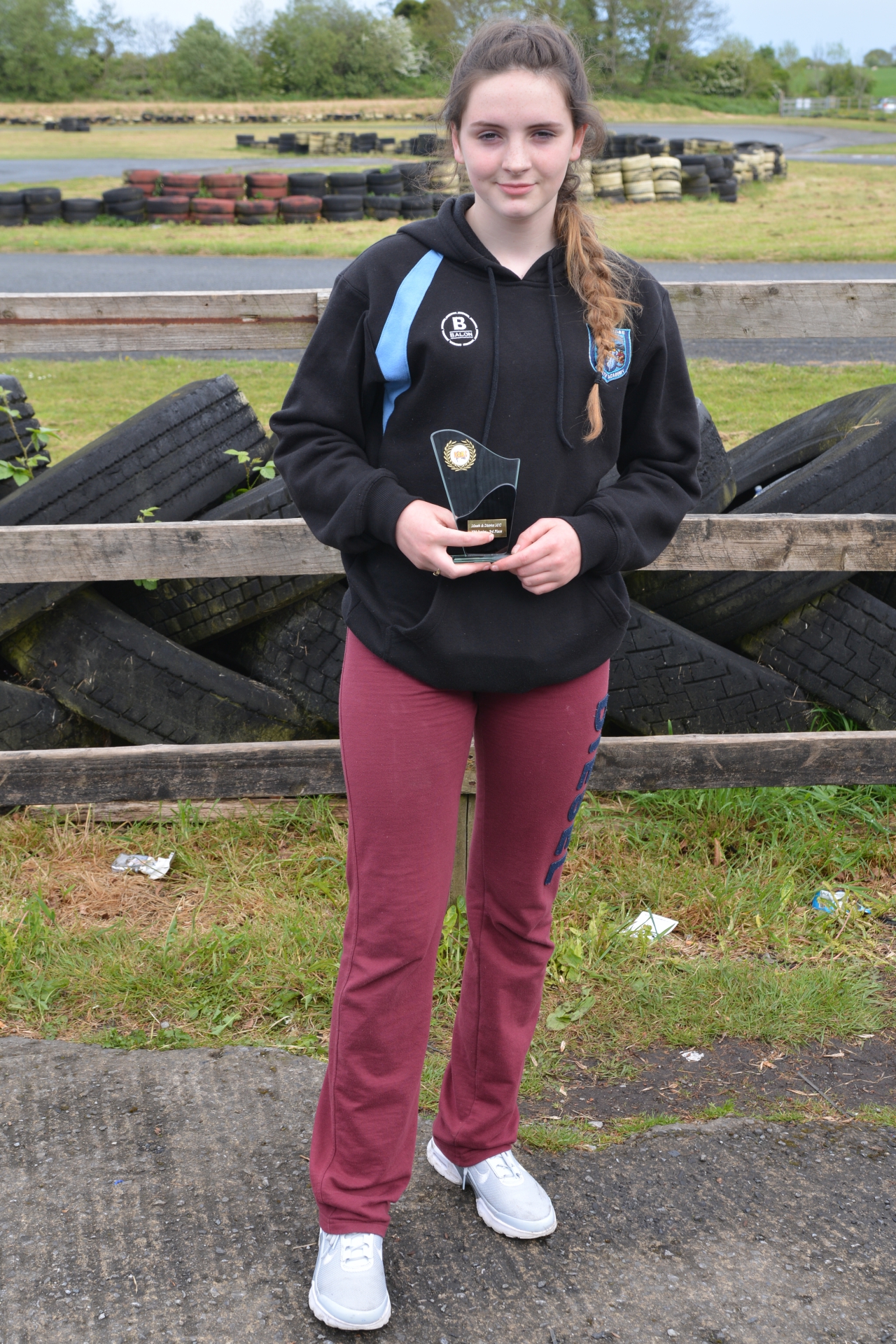