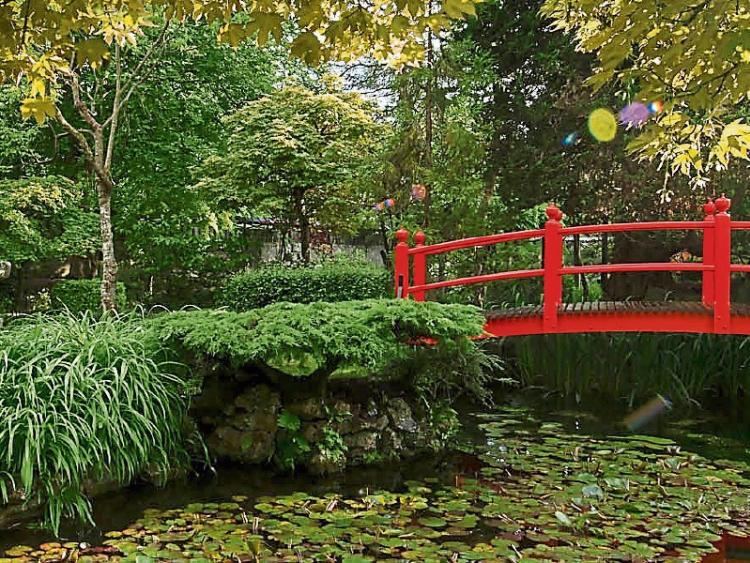 The Japanese Gardens at the Nation Stud near Kildare is one of the most popular attractions.

Kildare Failte hopes to visitor numbers to the county increase to half a million by 2020 and a corresponding growth in revenue.

The tourism body’s latest strategy was launched at the National Stud at lunchtime today by Minister for Sport and Tourism Patrick O’Donovan.

Irish tourism is experiencing a record-breaking performance at present and Kildare tourism is no different.

There has been significant growth in  overseas tourists to Kildare in the past five years.

Domestic tourism has grown by around 20% in the same period.

There are over 500 enterprises involved in accommodation and food services in Kildare, employing 4,900 people, the strategy explains.

Unlike the number of tourists coming to Kildare, this has not grown with any significance.

According to Kildare Failte chairman Tony Lenehan, the strategy launched today aims to strengthen Kildare’s ability to attract visitors to the county by focusing on six areas - visitor experience, marketing and promotion, people and professionalism, business supports, research and insights and stakeholder management.

He outlined that there is an emphasis on building capacity among Kildare’s tourism related businesses, which the strategy saw as a particular challenge.

Speaking at the launch, Jenny de Saulles, the head of Ireland's Ancient East spoke of the important of the need to recognise what overseas visitors wanted, and to cater to that.

“We’re in the entertainment business,” she told those who attended the launch.

“Ireland’s Ancient East is a bit fragmented,” she admitted, and added that overseas visitors didn’t necessarily come to Ireland to see it - unlike the huge success of the Wild Atlantic Way.

She said work was still needed to “bring the brand to life”.

However she said that Kildare’s accessibility to those arriving at Dublin airport made it a hugely attractive tourism destination.

Minister Patrick O’Donovan congratulated all involved in the new strategy.

He said that when, in 2007, Ireland’s economy had fallen off a cliff, tourism and agri-food sectors had “taken Ireland out of the mire”.

He said he had no interest in strategy documents that “would gather dust, or consultant reports or fancy photography”.

Instead, he said he wanted to see 12 million people visiting Ireland by 2020 (it’s currently over 10 million).

He said that he would be checking in with the local authority regularly to see what was being done to implement the strategy.

And he concluded by telling the tourism operators and providers of Kildare that they ambassadors for themselves, and for all of Ireland.

“You are possibly the first impression a visitor to Ireland gets.”

He wished everyone the best and said he hoped Kildare would progress from 460,000 visitors a year to “well over half a million”.