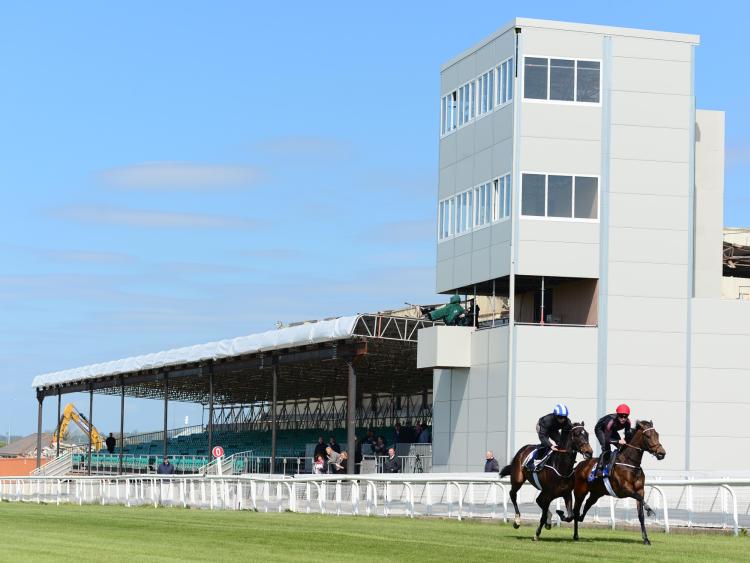 A brand new temporary stand and hospitalilty marque is in place for the opening of the 2017 Curragh Racecourse season.

The show must go on while the €70m development continues. Today, the racecourse revealed what the new look facilities will look like.

Opening its doors for the first time this year in preparation for the opening weekend on May 13 and 14, the Curragh staged a test race day to fulfil Turf Club licencing requirements this morning.

Those in attendance included Turf Club officials, vets, doctors, farriers and other racing personnel, while representatives from the trainers, jockeys, stable staff and owners associations were also present.

Attendees was shown the facilities which have been put in place for this season including the refurbished stable yard, while a small group of horses galloped on the track over 6 and 12 furlongs.

Curragh based trainer Willie McCreery said; “I was impressed by the layout and facilities which I viewed for the first time today and it was good to see that the track is in great condition. I am looking forward to having runners throughout the season with hopefully some winners amongst them.”

Bernard Caldwell Chairman of the Irish Stable Staff Association said; “The team at the Curragh have done an excellent job with the refurbishment of the stable yard, which has certainly been restored to its former glory and I am confident will enhance the experience for stable staff this year.”

The structures will feature the Grand Hall with Tote, Paddy Power Betting Shop, Sports Lounge and food and beverage area and an Owners & Trainers facility which will be available for connections of runners on the day to enjoy a complimentary meal, together with an imposing Hospitality Marquee over two levels with views across the racecourse.

This marquee will feature two restaurants with capacity for 250 people each, a Premier Members Lounge and an exclusive area for feature race sponsors.

In addition, there will be an Artisan Food Village featuring some of Kildare’s leading food producers and a race track viewing stand with a capacity for 1,500 people, together with numerous screens, which will be located throughout the enclosure for additional viewing.

The weigh room has been relocated to what was previously the main entrance building, while the pre-parade and parade ring will remain in place for the 2017 season. 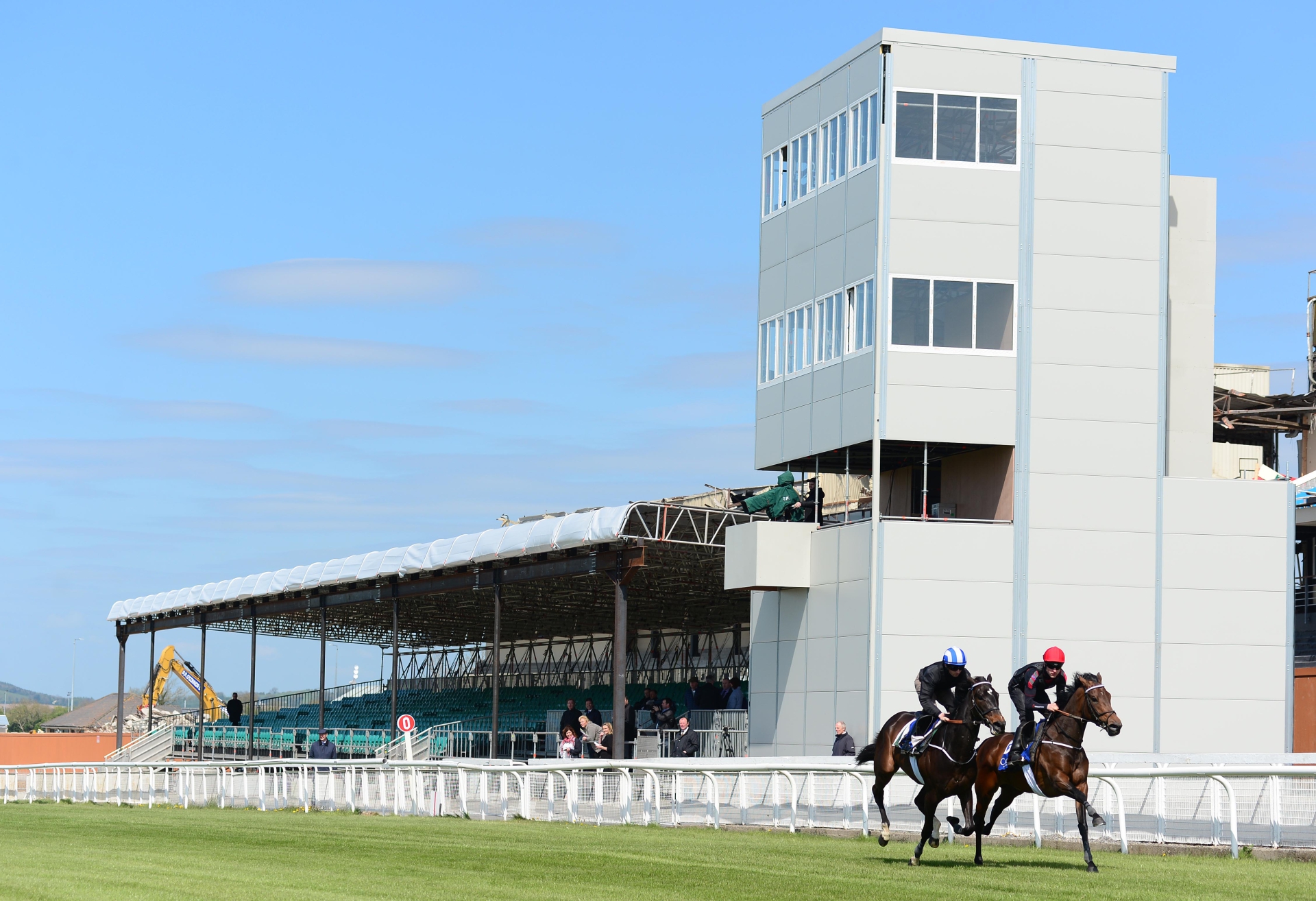 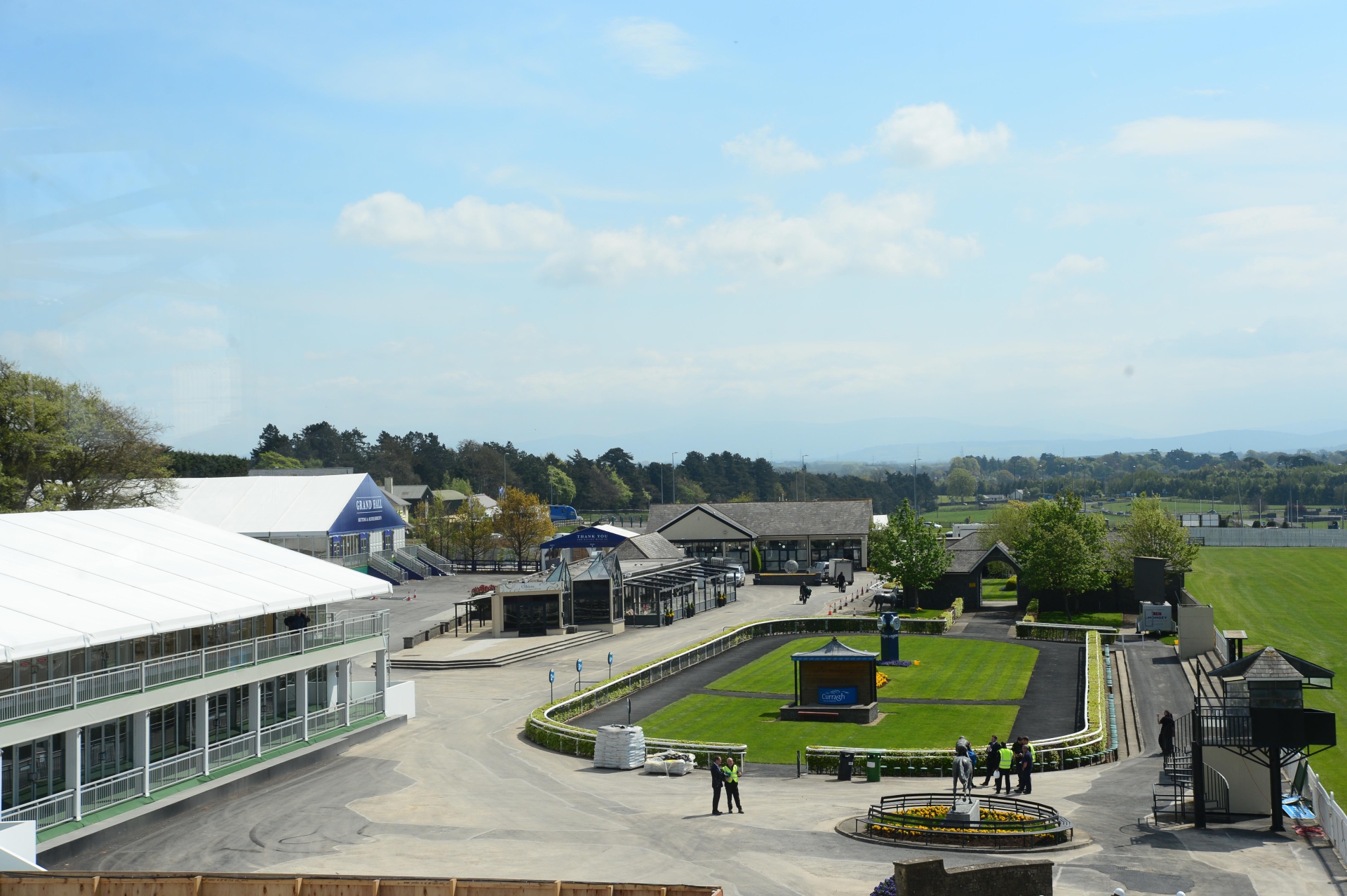