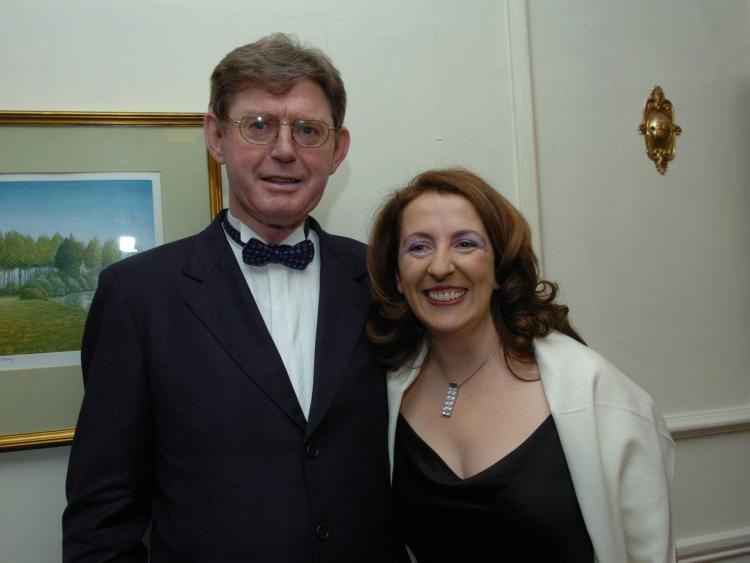 The widow of the late Willie Crowley who died after he was hit by a car in Newbridge in December 2015 has told the sentencing hearing of the man who was driving the car that her sense of loss was “overwhelming”.

She described him as “my husband, my best friend, my confidante”.

And she admitted: “I do not look forward to my future.”

Damian Klasinski has pleaded guilty to a charge of Dangerous Driving causing the death of Cllr Crowley.

Ms Doyle has suffered from “panic, fear, insomnia, loss of concentration, loss of confidence and the loss of identity, which continues to this day”. She said that the support of her family and friends could not replace the loss of someone taken so suddenly and so brutally.

And she said the effect of his death left her despairing of human nature and “the capacity for some people to be so devoid of social responsibility”.

In her statement she said that on the night of his death, she was looking forward to the Christmas holidays with family and friends, but that all that changed suddenly when she received the call with the news.

“Nothing could have prepared me for what awaited me there - my husband Willie’s battered, bruised and broken body, his shattered skull and some hours later the devastating news that there was nothing that could be done because of the severity of the brain injuries.”

At the time of his death, Mr Crowley had a shopping list of items he needed to get for a Christmas dinner he was preparing to cook for those in need on Christmas day, and had left the pub early in order to make preparations.

“The huge loss to the community has exacerbated my loss of the love of my life,” Ms Doyle said.

Mr Klasinski, with an address listed as the Oaks, Newbridge, has pleaded guilty to the charge.

Srgt James O’Sullivan outlined to Court number 13 at the Central Criminal Court this morning that at 8.30pm on the evening of December 15, 2015, Willie Crowley left a pub and went to cross Eyre Street.

As he was crossing he was hit by the car being driven by  Mr Klasinski who had four passengers in the car, friends he had picked up just before then. He continued driving after the impact.

In the days after the incident the passengers came forward to Gardai and gave statements. Those statements, and a statement given by the defendant, made it clear that Mr Klasinski had been driving too fast on the night in question. It was generally agreed that he was going at least, if not more than 50kph.

Judge Greally said it was obviously too fast for the conditions on the night.

The defendant was arrested on December 17, after he was found hiding in the wardrobe of a friend’s house, and has been in custody since then.

Senior Counsel Matt Kelly told the court that his client was blinded by an oncoming van and had pulled over to one side to let it pass.

He did not see Cllr Crowley who was crossing the road from right to left behind that van, until it was too late and swerved to avoid him.

The impact damaged the front lamp on the left hand side of the car.

Forensic tests revealed that the car was otherwise in good condition.

One of the witness statements indicated that as he was leaving the scene, Mr Klasinski asked his passengers “what am I supposed to do?”.

Counsel for the defendant said that he failed to stop “because of blind panic”.

Mr Crowley succumbed to his injuries three days after the impact.

Mr Klasinski has 13 previous convictions, all for road traffic matters, including driving under the influence of an intoxicant  - although there was no evidence that he had been drinking on the night of the accident.

He is 29 years of age and had only arrived in Ireland in 2014. He was married in Poland and had two children but he is now separated and his children have been left with his parents. His father has dementia and has suffered a stroke in the past and his mother has depression.

Counsel for the defendant said that Mr Klasinski had worked constantly since he arrived in Ireland and references were handed in from various employers to that effect.

Judge Greally was told that Mr Klasinski is “deeply, deeply remorseful” for his actions.

“He thinks about it every day and wonders if he can ever forgive himself,” counsel told the court.

Judge Greally adjourned sentencing to until Friday week, May 12.