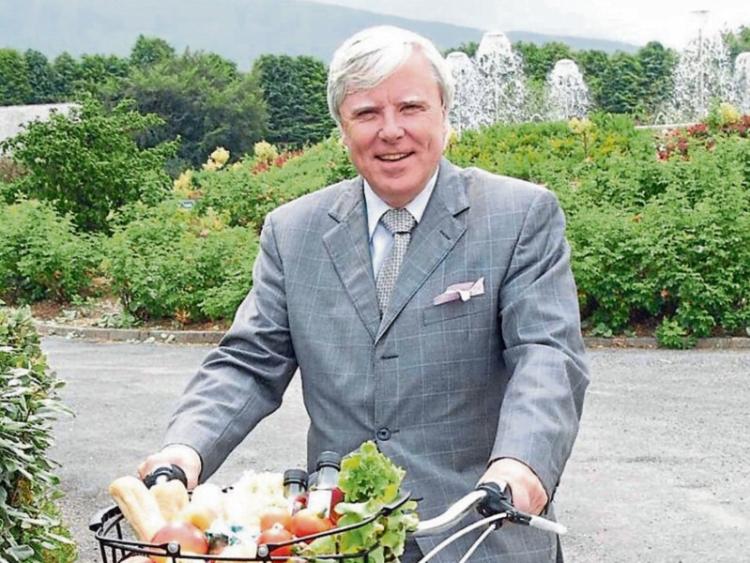 The Hideout in Kilcullen is set to receive the Francis Brennan treatment.

RTE’s At Your Service, with its famous presenter, is advising on the redevelopment of the public house.

The famous pub is facing into a period of renovation after it was bought in recent months.

And as recently as last week Mr Brennan, with a TV crew, was spotted entering the premises.

The Hideout is a legendary pub, dating back until at least the 1920s — or even further back.

It was owned by a variety of people, including the Byrne family since December 1925, when James Byrne Snr bought what was then Flanagan’s Motor Bar and turned it into Byrne’s Hotel.

At Your Service is an RTÉ series presented by hoteliers Francis and John Brennan.

The concept of the show is that the famous brothers, from Kenmare in Kerry, tackle under performing businesses, in particular those in the hospitality trade.

Francis tends to concentrate on the hospitality and appearance end of enterprise while John looks at the money and marketing end of the business.

A pub like the Hideout which has a long and illustrious history but is looking for a new lease of life is right up their alleyway.

It was the first pub roadhouse in Ireland, with the establishment of the Hideout Grill Bar by Jim Byrne and his wife Monica, offering food throughout the day.

It was also the first museum pub in Ireland, with Dan Donnelly’s famous right arm becoming the centrepiece of a truly eclectic collection of memorabilia from all parts of the world.

But most of all it was the place where people travelling from Kilkenny and further south, and from Dublin going south, always stopped when Kilcullen was still on the main road to Waterford.