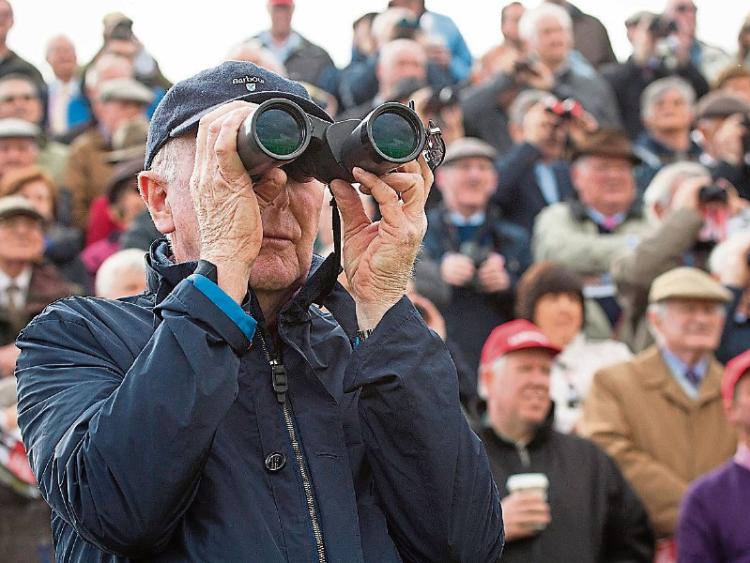 Number 1. Walking up to the Osprey and and wondering why everyone was looking out the window only to see someone swimming about in the water feature, in their suit.

3. That feeling that being a local entitled you NOT to have pay into Punchestown.

4. The hawkers and buskers trying to get the last of your money on the way out.

5. Missing every race because the beer marquee was too far away from the track.

6. Hearing foreign accents and realising that some people made a longer journey to the course than our two mile hitch-hike from Naas.

7. Making an annual appearance in the front bar of McCormacks, where you could peer out the window and monitor the queue into the Naas Court.

8. Resolving never to pay into the Court again. But breaking that promise the next year. And again the year after that again.

9. Looking at the school-going-waist-coat-wearing-Conor-McGregor-lookalikes in recent years and  wondering where it all went wrong.

10. Getting the week out of my Dunne’s suit the year I went everyday.

12. Actually, there was a more dangerous ride which involved dodging horses, when the fairground was
located in the middle of the course and you had to cross the track to get there.

14. Hearing about the punter who had the winner of the Handicap because he got word from his friend’s cousin who delivers milk to Arthur Moore’s.

15. Feeling nostalgic for the three-day Festival even though lots of locals now generally only get to go to one.

16. Pushing someone’s car clear from the mud. Then being summoned to push someone else’s.

17. Running out of drinking up time, despite a 1 o’clock extension on a Tuesday.

18. People getting helicopters to the course, from Naas. Pre-Celtic Tiger Crash!

19. Wondering what in the name of Jaysus Sean Connery was doing there. Then running to back his horse, Risk of Thunder in the La Touche.

20. Freezing your nuts off on Walking Sunday and knowing that, Festival week, you might have a long walk again, home from the track the Craddockstown Road route.

22. More importantly, who ended up with Miss Punchestown after the
competition.

23. The Carter Twins running a karaoke gig out of the Court.

24. Jockeys like Jim Culloty drinking pints in the Court.

25. The year of the Pig Race and the top weight Meat O’Run.

26. Trays of beer racing past the Town Hall in the barman’s race.

27. The year someone decided that pumping dodgy music out of megaphones attached to lampposts equated to entertainment.

28. Marrying a fine dining experience in Butt Mullins with onion-laced street food outside the Court, just a few hours later.

29. On the subject of food — who’d be in the humour for four bars of chocolate for a pound from the hawkers, after an afternoon drinking gin and tonic.

30. The going reports and the wise old head who reminds you that Good weather makes for a great Punchestown.