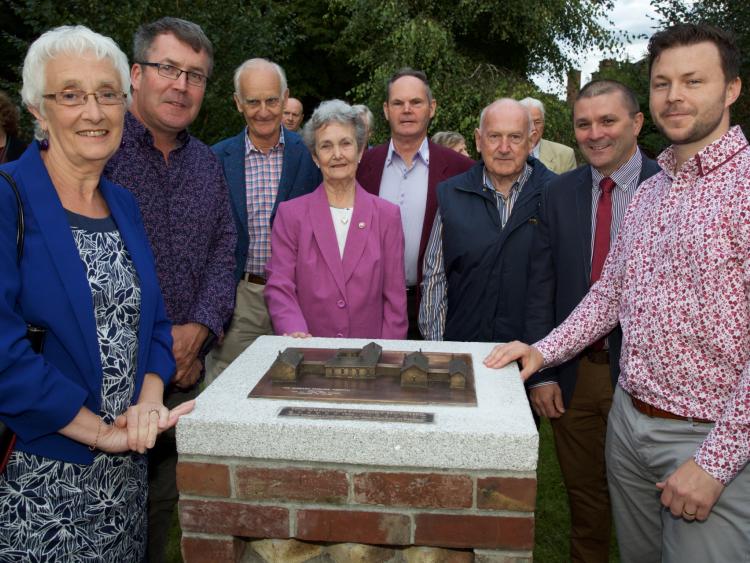 The speaker is John Colgan, historian and author. It will be held in the Old Band Hall, opposite the Post Office in the Curragh Camp at 8pm and all are welcome to attend.

Mr Colgan, a native of Phibsborough, Dublin, has lived in Leixlip since March, 1969. In 1989, his water-colourist wife, Janet, took a fancy to an empty house where she had charge of a community art exhibition. The house was The Toll House, shortly to be 300 years old, and abutting the long bridge of Leixlip over the Liffey, which was built at the same time.

In 1991 they bought the Toll House and shortly after John began to wonder who lived in it and why. John is a life long researcher, first in electrical engineering, then science and technology policy for the State, so he turned his hand to local history and then family history.

After a couple of articles he wrote a history of Leixlip - 92 topics, 300 pages long, as many illustrations. This was launched in Leixlip Castle in June, 2005, by the Minister for Justice, whose uncle, Col Niall Mac Neill, retired head of the Ordnance Survey, lived in the town.

Minister Michael McDowell, and his brother Moore, spent his summer holidays in Leixlip. John then turned his mind to his own family's history, starting with papers his granduncle left to his Dad, and going back to 1813, at a hatches, matches, or despatches event in St Andrew's, Westland Row, Dublin.

He began doing research on the microfilmed parish registers in the National Library next door to the Dail, and feeling sorry for the many foreign Colgans who could only spend a day there, he decided to compile a data base of all the Colgan material he could find, to make it easier for them.

This led him to find a young man, Patrick J Colgan, from Maynooth, who had been long forgotten and neglected - mainly because his PR and connections were was not as good as Domnall Ua Buachalla (son of a Cork man), and he left Maynooth in 1920, and had no next generation relatives there, on his way to the Curragh Camp and after his retirement at the rank of Major - now called Lieutenant Colonel - from the Army to run a hotel in Killarney.

John also piloted a DNA project for male Colgans and now has about 33 tested and will mention these in his talk. He is married with two adult children and four grandchildren.

As well as finding time for Leixlip Community Council, which he chaired from its inception, the Town Council which he helped establish, he also chaired the Consumers Association of Ireland, stood for the Dail and County Council and founded the Campaign to Separate Church and State in 1987. He has worked for three multinationals, lectured for 10 years, and advised to government for another decade.