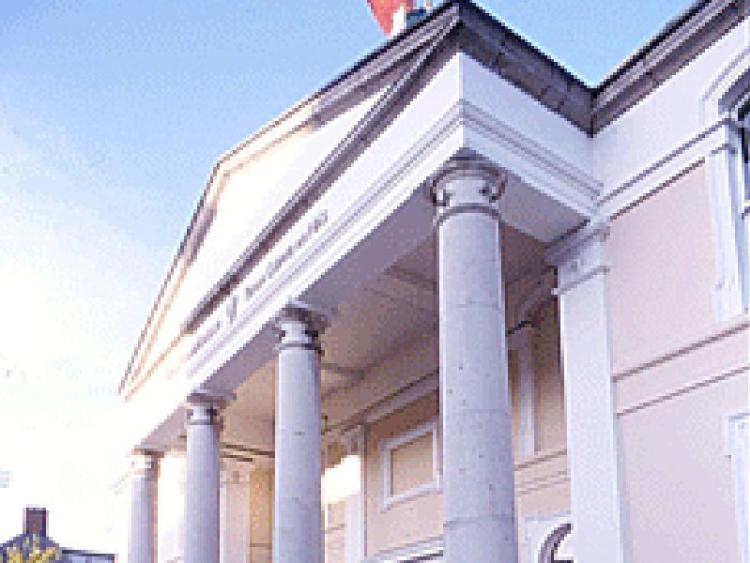 The case was heard at Naas Courthouse.

A drugs charge against a resident of Eyre Court, Eyre Street, Newbridge was struck out after the Judge was not satisfied with the search warrant used to enter the defendant’s apartment.

His concern over the search warrant arose when he cross examined Micheál Nolan, a Newbridge-based Peace Commissioner who had signed the warrant.

Detective Seamus Doyle had called to the home of Mr Nolan on July 29, 2016 to get the warrant. This is normal practice when, for instance, a judge is not immediately available.

The practice is that the Garda will present evidence to the Peace Commissioner outlining why he believes he needs to search a property, swear to its validity on a bible and answer any questions the commissioner might have.

On this occasion, Detective Doyle wished to get a warrant to search an apartment in Eyre Court, Eyre Street, Newbridge. He believed that there was drugs activity going on there and presented that evidence to Mr Nolan.

At the time he was getting the warrant, he was not aware of the number of the apartment, saying there were no numbers on the doors. However, he specified that it was the second door in a row of apartments, and specified where it was. He subsequently learned that the door in question was number five.

Despite questioning from solicitor Matt Byrne on the lack of a specific number, Judge David Waters was satisfied with this element of the warrant.

However it was when Mr Nolan was questioned that the judge raised concerns.

However Judge Waters said the Peace Commissioner’s role was to be satisfied as to how the detective had reached his conclusion about the activity at the address he wanted to search. The Peace Commissioner should be certain that the evidence presented by the Garda provided reasonable grounds to search the apartment.

For that reason he felt that the search warrant could not form part of the evidence.

Without the search warrant, and what the Gardai encountered in the course of searching the apartment, using that warrant, Prosecuting Gardai had no further evidence to put forward and the case was dismissed.