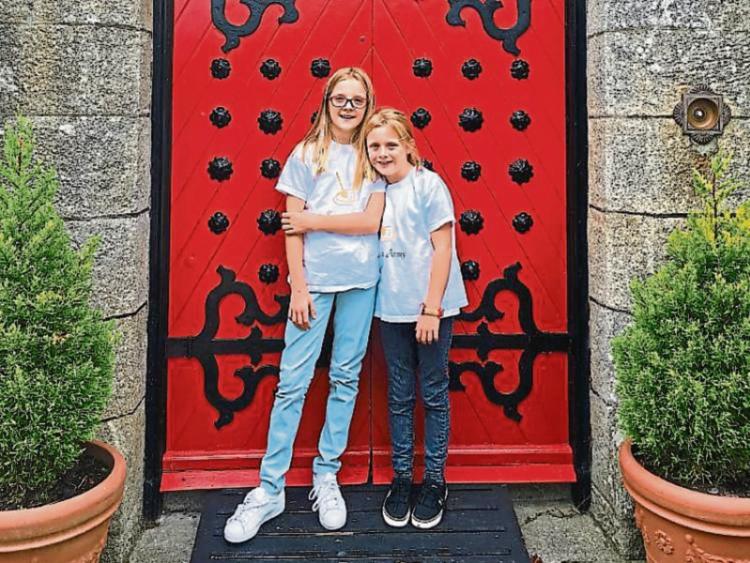 Eve and Millie O'Dowd, pupils at Scoil Bhride were among those at the festival in Naas last year. The pair raised money for Barretstown.

Insects on toast, fried grasshopper and African babotie (a dish of spiced mince meat with an egg topping) were among the delicacies on offer from the many food stalls last year’s Naas Food Festival.

The festival is a Naas Tidy Towns project and its aim is to attract thousands of visitors from home and abroad to try to bring economic benefits to Naas. Stall holders sell all manner of foods — some of which could be described as normal and more of which fit the “wild” description. NTT launched the festival because they group wanted to host something unique that focused on rare and unusual foods from the immediate locality as well as from countries far away.

This year’s event will take place during the week of September 4 to 10, with the main event at the harbour taking place on Saturday September 9. On that day, restaurants are being encouraged to provide up to 50 bite sized food portions which will be distributed by NTT volunteers.

Restaurants are also being asked by the organisers to put one or two ‘specials’ on their menu, reflecting the wild theme and to participate in events which will take place during the event.