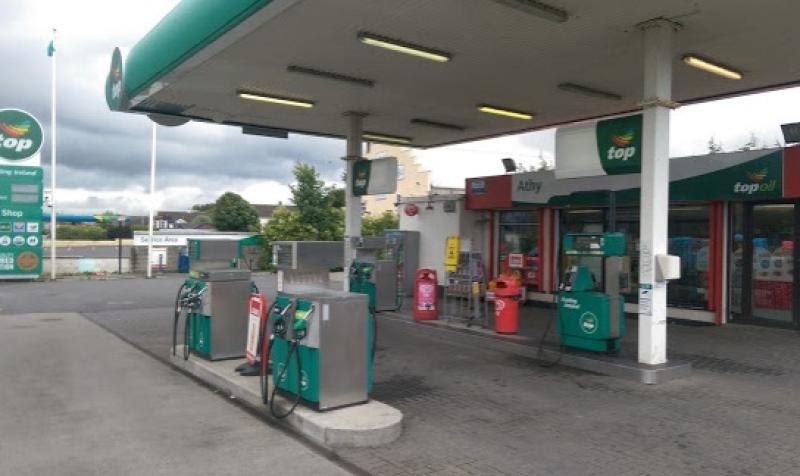 File photo of the Top garage in Athy/via Google Maps

Athy gardai have renewed their appeal for information the abduction of a staff member from and robbery of a petrol station in Athy last Friday night.

At around 9pm on April 14, as staff were locking up the Top Oil service station on Kilkenny Road in the town, they were approached by two men wearing balaclavas and holding knives.

The raiders threatened the staff, forced them into a back room and demanded money.

The males, who were unsuccessful in gaining access to the safe, took one the staff members and put him in a car and left the scene. They then then told the second staff member to bring them the cash from the safe and meet them a short distance away.

The second staff member brought the contents of the safe to the raiders. They met on the Kilkenny Road between the Top Oil Garage and Loughman’s Garage, where they were handed over the money. The first staff member was released unharmed, and Gardaí were then contacted.

Gardaí are appealing for witnesses to the robbery and false imprisonment, who may have seen a car acting suspiciously around the service station last Friday evening around 9pm.

They are also appealing to anyone who saw suspicious activity on the Kilkenny Road between the Top Oil Garage and Loughman’s Garage around 9pm.

Gardaí believe that the suspects were driving a Mazda 323F.