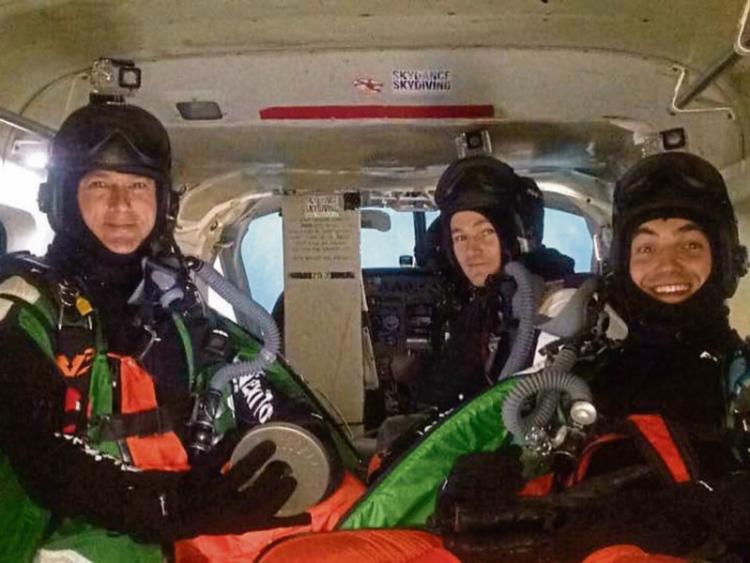 Photo of the team before the world record attempt

The Duffy brothers from Donadea are currently waiting for confirmation of the Irish Wingsuit Team's world record sky dive last Sunday over California.

“So it's all over now and what an experience it's been. We are all feeling the fatigue now but powering through for a small bit of a celebration... So the news everyone has been waiting to hear... yet to be ratified but at the moment it's looking like 1 FAI World Record, 3 Guinness World Records, 2 FAI European Continental Records and 3 National Records,” read a post on the team's facebook page yesterday.

Marc Daly, Stephen and David Duffy made up the three-man Irish Wingsuit Team, who took to the skies above Davis, California last weekend.

Flying their wingsuits from an altitude in excess of 33,000 feet in temperatures of less than -55 degrees Celcius at speeds over 250 Kph, specialised life support systems were required.

A wingsuit is a suit worn by skydivers to turn their bodies into the shape of a wing. These suits feature mainly in YouTube videos where people can be seen flying down the side of mountains.

The team said the challenge was made possible by a number of supporters including the team's primary corporate partner Aer Lingus.