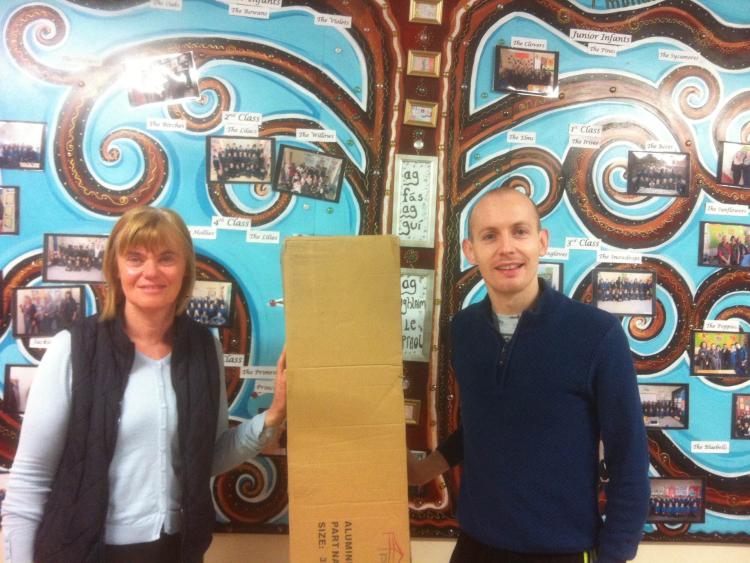 A group of Newbridge volunteers, who have been feeding the homeless in the town, have praised a local primary school for supporting their work.

“A huge thank you to the pupils of Scoil Na Naomh Uilig, Newbridge, who fund raised and purchased a gazebo for The Dining Room Newbridge,” it said.

Teacher, Mr Morrissey presented the gazebo to Dympna Galvin, volunteer and one of the founding members of The Dining Room, on behalf of the pupils.

The Dining Room operates Wednesday and Friday nights from 7.45pm to 10pm outside The Town Hall on the Main Street.

The volunteers provide hot food, soup, sandwiches, tea, coffee and other goods to the homeless, those in emergency accommodation and those struggling in their own homes.