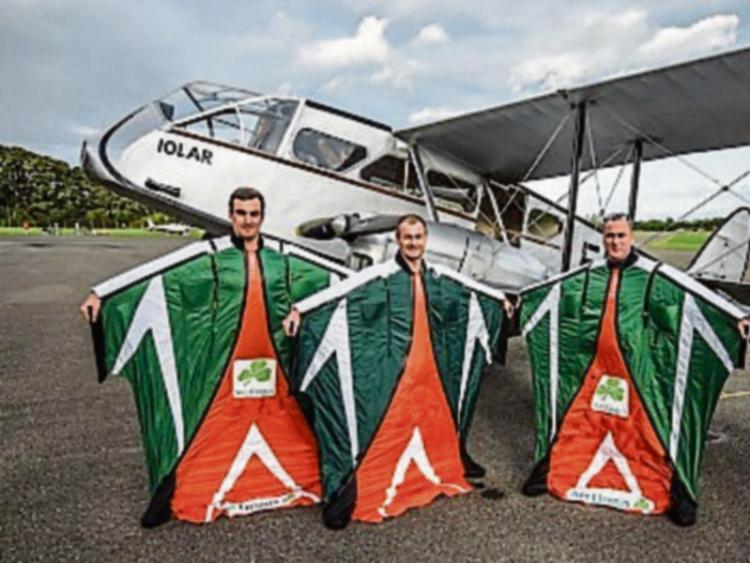 The Duffy Brothers with Marc Daly

Donadea brothers Stephen and David Duffy will be part of the three-man Irish Wingsuit Team who will be attempting to break the World Record in the skies above Davis, California tomorrow, April 5.

The Kildare siblings will fly their wingsuits from an altitude in excess of 33,000 feet in temperatures of less than -55 degrees Celcius at speeds over 250 Kph.

Specialised life support systems are required to sustain life at these altitudes.

A wingsuit is a suit worn by skydivers to turn their bodies into the shape of a wing. These suits feature mainly in YouTube videos where people can be seen flying down the side of mountains. The three Irish dare devils will fly their wingsuits in the natural habitat of commercial jet aircraft.

If successful, this event will affirm Ireland's place in sports aviation history. This is all made possible by a number of supporters including the teams’ primary corporate partner Aer Lingus. The Kildare brothers will be joined by Marc Daly from County Armagh.