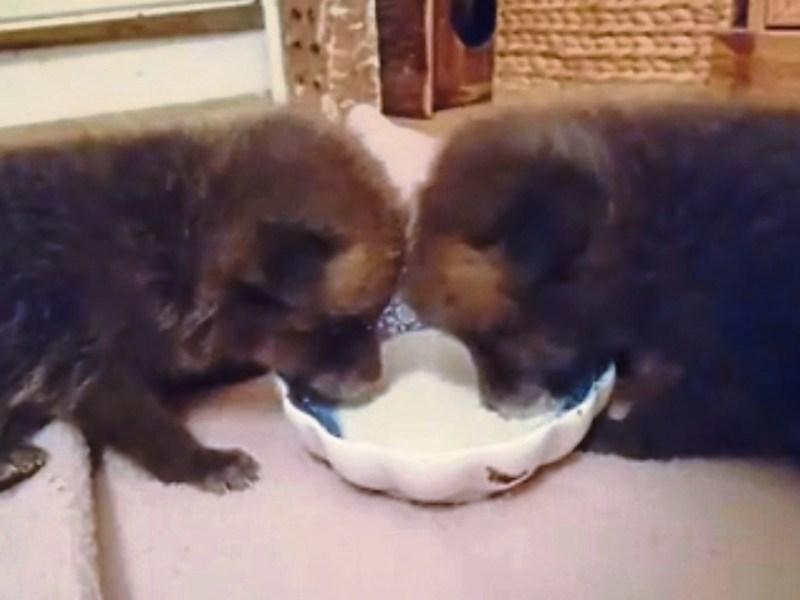 The cub siblings sharing a bowl

Here’s the cutest video ever to brighten up your Monday morning.

The wildlife rescue volunteers at Kildare Animal Foundation last Wednesday rescued two tiny fox cubs – a little brother and sister – from a derelict house in Arklow. The cubs are about three weeks old, and are currently being cared for by one of the foundation’s foster carers.

Meanwhile, Dan Donoher of Kildare Animal Foundation (who writes the weekly ‘Pet Rescue’ column in the Leinster Leader) said recently that they are starting to see their first fox cubs of the year. Abandoned or lost fox cubs spend around five to six months being cared for by the Kildare town-based animal rescue, and its foster carers, before being re-released back to teh wild.

The cubs are placed in small groups of five, to replicate the groups of siblings they would have in the wild, where they will have plenty of company and learn behaviours from each other.

To get in touch with the Foundation, or become a volunteer, call 045 522929 or log on to www.animalfoundation.ie.