Expansion plan for Lawlor's Hotel in Naas has been appealed

Hotel and local residents appeal to An Bord Pleanala 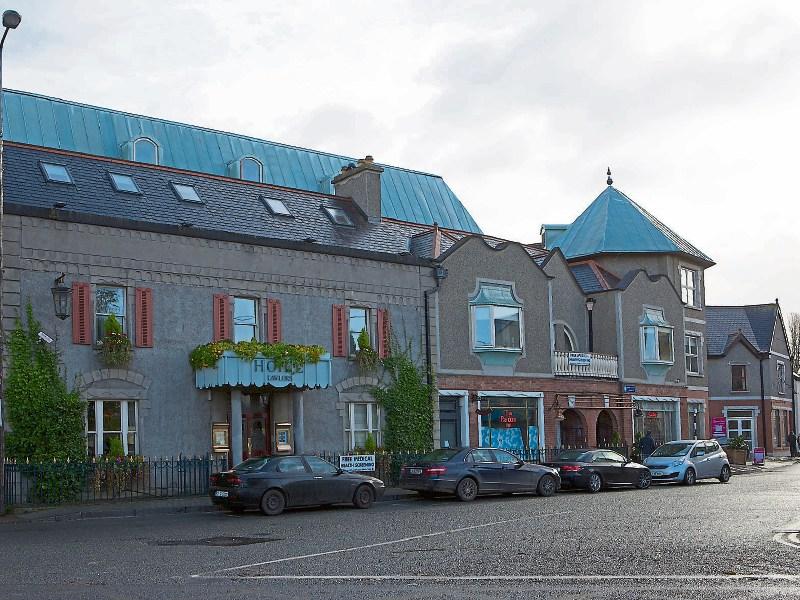 The residents of Gleann na Greine, who live off Dublin road, have appealed citing the demolition, excavation and construction works which, they say, will have “an overwhelming impact in terms of duration, noise, dust, and general nuisance” to all dwellings in this area.

They argue that the application is a de facto new hotel with bedrooms, a lobby, a large function room, kitchens and an outdoor customer area. “As residents living in this quiet cul de sac we have many concerns regarding nuisance from noise (from amplified music, roof mounted equipment, outdoor customer seating area, patrons and function rooms).”

There are eleven dwellings in Gleann na Greine.

The residents add; “We are of the opinion that the proposed development will have a detrimental visual impact on the special character of this residential lane, which is one of the few residential areas in the town with a sylvan (wooded) character.”

They say Gleann na Greine is already congested because the double yellow lines are largely ignored by drivers, particularly at weekends. Drivers use the area to drop off or collect shoppers and this adds to traffic and ongoing congestion on the laneway.

They claim that at times they are restricted from leaving or entering their homes because of parked vehicles or vehicles attempting to turn.

Unless very special measures are put in place, they contend, the development would be likely to increase this problem.

Residents Sean English and Marian Naughton-English say Gleann na Greine is important to Naas from a heritage/historical point of view and the station where they live is part of the railway history of the town.

They say property values in the area, which is residential, could decrease. The removal of trees, some of which are important native varieties, could threaten the bird life and bat life in the area. Also any damage to trees would be a huge loss to the neighbourhood. They also point to congestion adding that on occasion it has been difficult for an ambulance to reach a house there.

In its submission the congregation of Christian Brothers argues that the proposed extension, if permitted, would be an overscaled, bulky and intrusive mass sitting adjacent to the principal rear amenity of the Christian Brothers.

The appeal also questions the provision of a landscaped trellis and whether it can be adequately maintained.

It says the primary amenity area is the lawn, vegetable garden and orchard and part of the new building will directly overlook this area and there may be “significant loss of privacy.”

It’s argued that because the total height of the development will be some 19 metres above ground level it does not respect the established two storey setting of the adjacent and adjoining buildings in the town centre location, which “will lead to the proposed building completely dwarfing the low rise detail and protected architectural setting of Naas.”

The Christian Brothers say they are not opposed to the principle of a hotel extension on the site but the proposal does not adequately address the sensitivities associated with St. Patrick’s Monastery.

Kildare County Council imposed 49 conditions as part of the planning permission and these cover hours of working, a request for a road safety audit in the vicinity of Gleann na Greine and resurfacing works and footpaths repairs in the same area.

Another condition obliges the developer to pay levies of almost €648,000 to KCC.

The developer, Marchford Limited, is also entitled to appeal against any of the conditions and it too has launched an appeal.