Cycling Column: The economic benefits of cycling lanes to Kildare 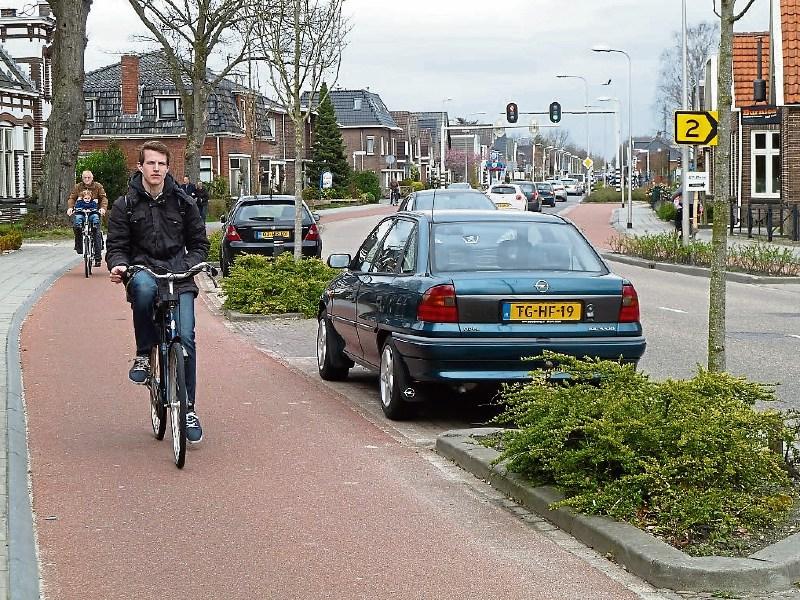 The Dutch, naturally, get it right.

The following isn’t going to please the reactionary alternative facts crowd, because, you know, it’s facts.

One of the most common arguments against eliminating parking spaces in favour of cycling lanes is that it damages businesses.

The people behind those arguments are dead right. There will be an impact on business, except that it’s the opposite of the one they have in mind.

Back at the end of 2015, a study was commissioned to see just how many people arrived there by car, and how many got there by “active” transportation like walking or cycling.

The idea was to see what impact a parking ban or other car-hostile/ people-friendly changes might have on local businesses.

The key findings were very interesting.

The actual number was just 4%.

Some 72% of people arrived into the street on foot or on a bike.

If you believe that your clients/customers arrive in their cars, then obviously it makes sense to oppose the loss of car parking spaces.

If it turns out that you’re vastly overestimating how many turn up in their cars, or indeed, how many would would simply refuse to show up at your business, unless they could do so in their cars, then it’s a different matter entirely.

The study wondered what effect it would have if businesses were presented with proof that a far smaller number of people arrived by car than they imagined — would they be as defensive about car parking spaces?

There was, however, one point on which everybody agreed: “A majority of visitors (53%) and merchants (64%) stated that there was not enough bicycle parking within the area,” the report said.

But there’s more — the study found that those who arrived at the shops by foot or bicycle were more likely to visit far more often, and more likely to spend more.

But going back to the earlier figure of the 72% of people who arrived into the street on foot or on a bike — this is most likely linked to the fact that 73% of those surveyed arriving into the various businesses in that neighbourhood lived or worked locally.

It can be assumed that those who arrived there via car most likely didn’t live as close to the businesses as those who arrived on foot or bike.  This would matter if the business was, for instance, remote from a town centre, like out in a retail park on the edge of town. Nobody is living out there and therefore car parking is a must.

The argument goes that edge of town retail parks are killing the centre of the town because they have free parking.

However, the survey also found that wider footpaths and more bike lanes make a street a more pleasant and hospitable place to spend time on - with the result that people would be more likely to visit and/or stay in the area.

It’s interesting that this point of view tends to chime with the discussion at a meeting hosted recently by Naas Lions Club which discussed more inventive ways of bringing about a retail recovery.

Using the example of Greystones, it was shown how simply making a town centre a more attractive place, with the likes of flower baskets, painting buildings, having friendly and welcoming staff could see an increase in economic activity by 25% in 18 months.

It’s the kind of nuanced and intelligent discussion we need to be having about the economic lives of our towns, instead of the mind-numbing simplicity of the ‘two-wheels bad, four wheels good’ slogans.