It's even, God help us all, a positive story 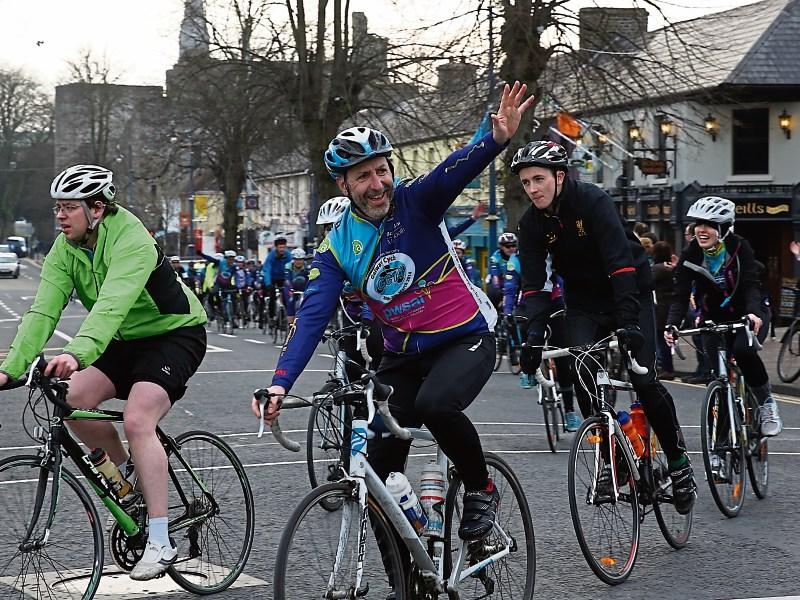 The Galway Cycle, in aid of Prader Willi Syndrome Association of Ireland.

The world is a terrible place, full of dreadful people, incompetence, greed, stupidity and hubris, all conspiring to make the lives of others as miserable as can be imagined.

As Nick Cave sang: ‘People, they ain’t no good’.

But now and again, a glimmer of hope emerges to suggest that our faith in humanity, which is normally on life support, is not misplaced.

This is one of those occasions. This is a good story. This is even, God help us all, a positive story.

In December 2013, I interviewed a young Maynooth couple, Rory Tierney and Emma Walsh who are the parents of Henry.

Henry is, according to his godmother, “a cute-ser” an analysis generally agreed upon by all who know him. He’s a special kind of kid, full of smiles and a way of making you feel better about yourself.

Something else that makes him special is that he has Prader Willi Syndrome.

When he was born, nobody had a clue what that meant.

Those who knew a little, like doctors and nurses, thought it sounded scary, so much so that they told Rory and Emma not to consult Google.

So, to recap - You know nothing, we know a little more, but don’t go off trying to find out the little that we know.

I recall Emma told me she lasted a day before she cracked, and typed the words Prader Willi Syndrome into Google, and started to educate herself.

The following Christmas Eve, Henry had developed bronchiolitis, essentially a form of bronchitis that babies get.

“He was screaming,” Emma says. “I’d never heard him even cry before. We were frantic.”

They ended up in A&E in Tallaght Hospital where, during the examination they told the doctor that Henry was a Prader Willi baby.

“The doctor went off and came back with a notepad and said ‘Remind me of the symptoms’. Then he mentioned it to other medical staff who were there, and they started looking it up on Google,” says Rory.

If at this point the irony is lost on you, start reading from the top again.

The story was about information, about it being available and being appropriate.

The following March, the Galway Cycle, a fundraising event run every year by students in Maynooth since 1987 raised €150,000 for Prader Willi Syndrome Association of Ireland.

For the previous few of years PWSAI had raised somewhere between €2,500 and €4,000, so this was like winning the Euromillions for them.

Then last week - and this is the good news bit you’ve been waiting for - a major study (funded by the money raised by the 2014 Galway Cycle) into the needs of people with PWSAI was launched.

It was the first national survey on the needs of people with PWS and their families.

It is a collaboration between the PWSAI and Trinity College. It's the real deal - a weighty tome written by academics and arriving in PDF form with graphs and diagrams and bibliographies.

The chairman of the PWSAI, Anthony Carr — who lives in Naas — says that the report “ is an asset for all families with PWS members, as it documents in a scientific way what it is to have PWS and the impact that has on the family.

“It also highlights the uniqueness of the condition and points to the need for PWS specific services to provide appropriate care for the person with PWS.”

The researchers found that none of the survey participants were living independently and yet just 6% of those caring for children with PWS have access to respite care.

And on the evening of the launch, the Minister for Health Simon Harris announced that respite support would be put in place for parents of children living with Prader-Willi Syndrome.

Rest assured, next week’s column will return to the unending wickedness and conceit of our modern world.