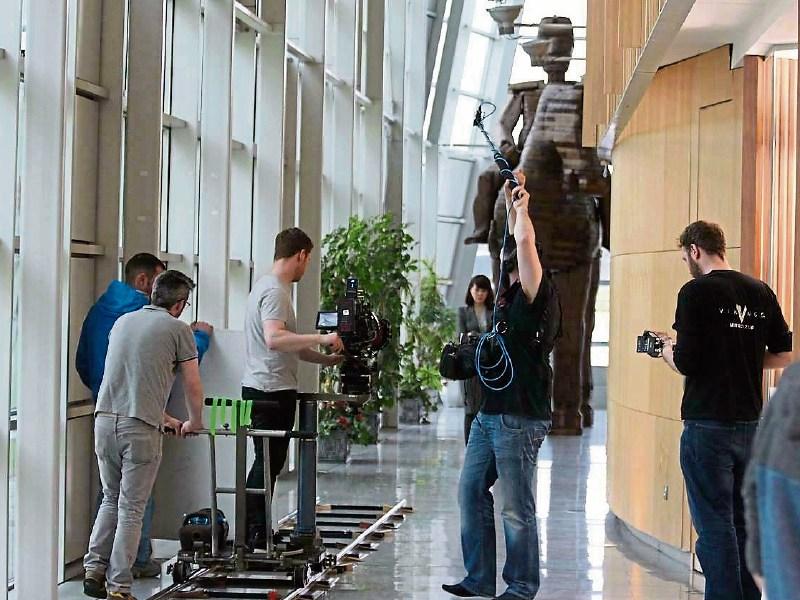 The film crew at work in Aras Chill Dara. Photos via The Observer Effect/Facebook

But this was nothing to do with punters paying motor tax or applying for planning permission.

Some scenes from a new movie called ‘The Observer Effect’ were filmed at the building last week.

Its plot involves women vanishing while the authorities are powerless to stop it – and a sinister figure stalking his victim.

Filming has wrapped up, and it is due to be released at the end of April. Pictures posted from the shoot last week show a busy crew hard at work in the lobby of Aras Chill Dara. 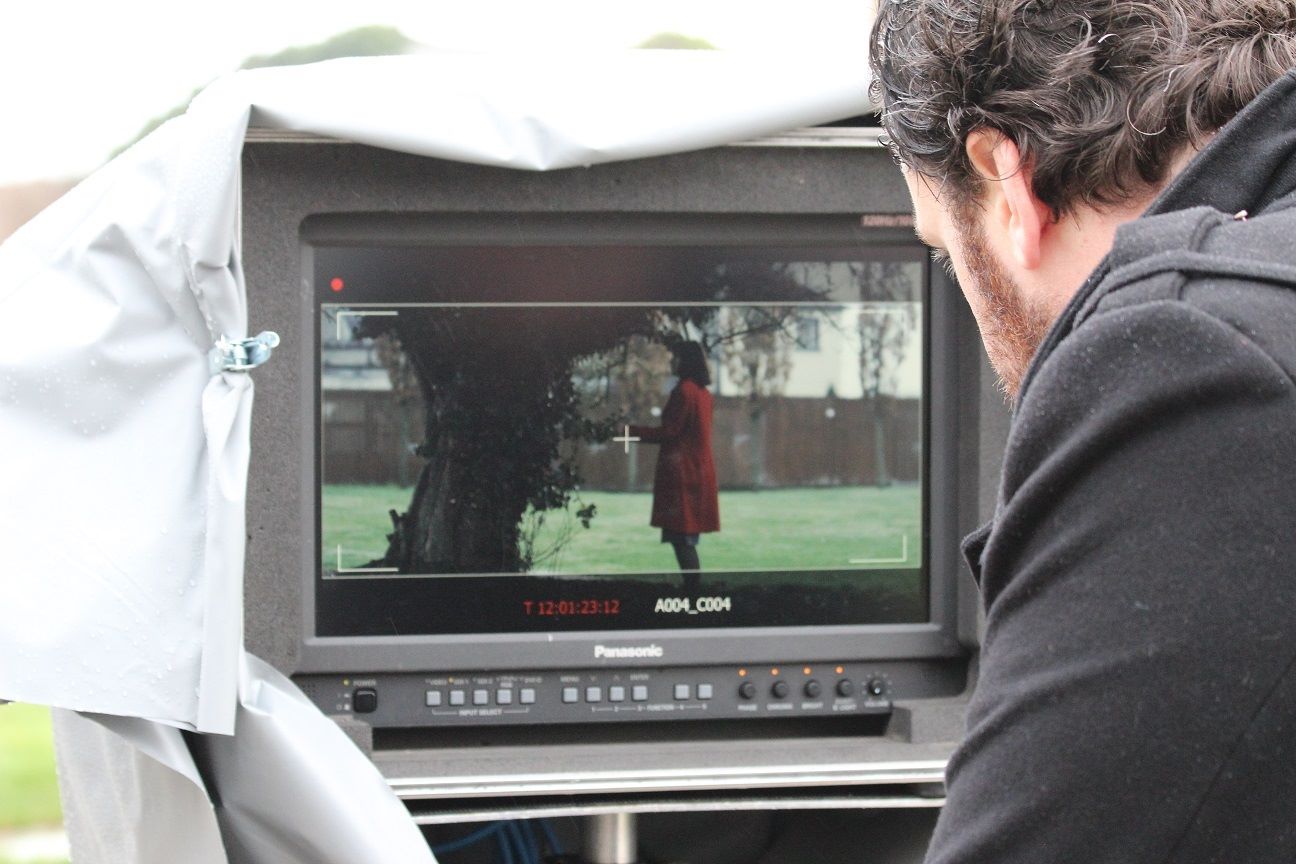 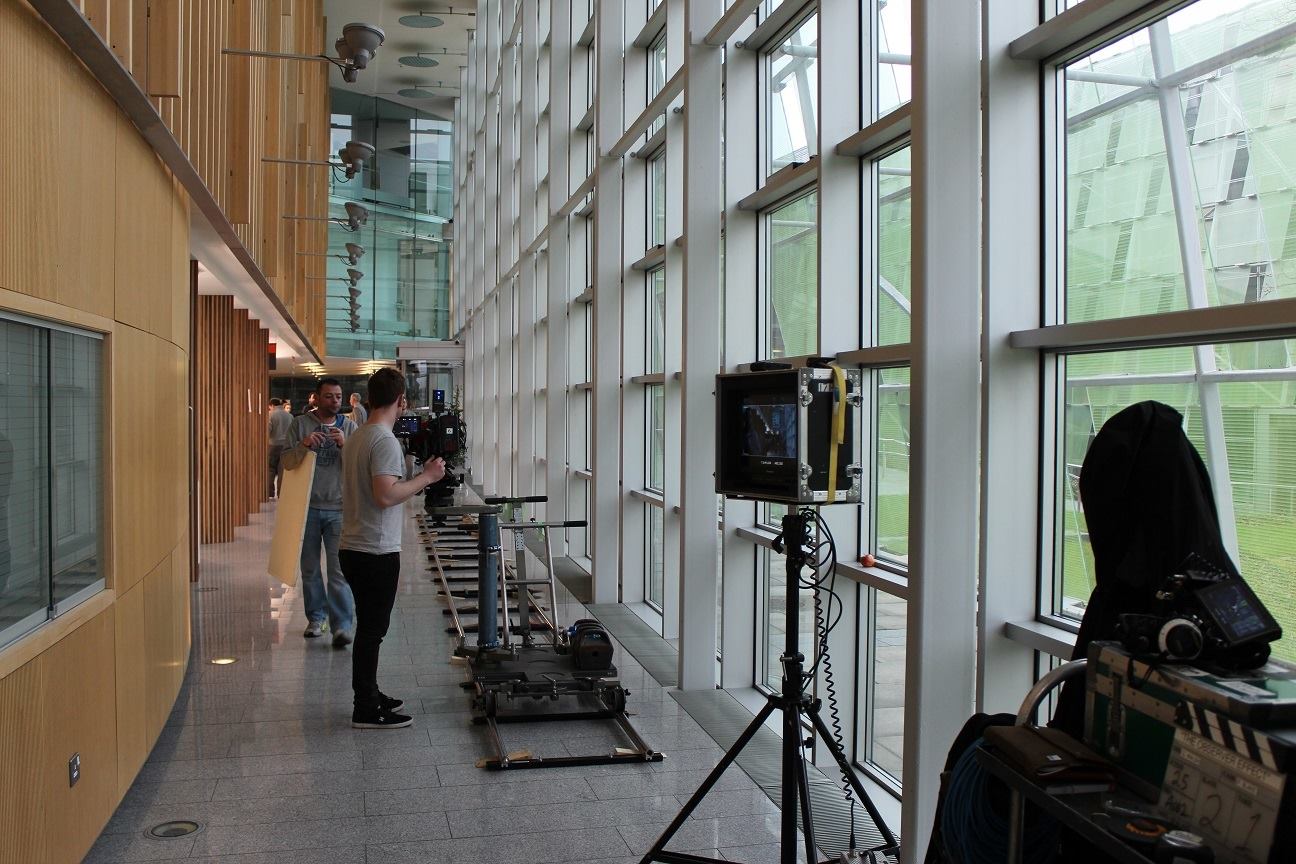